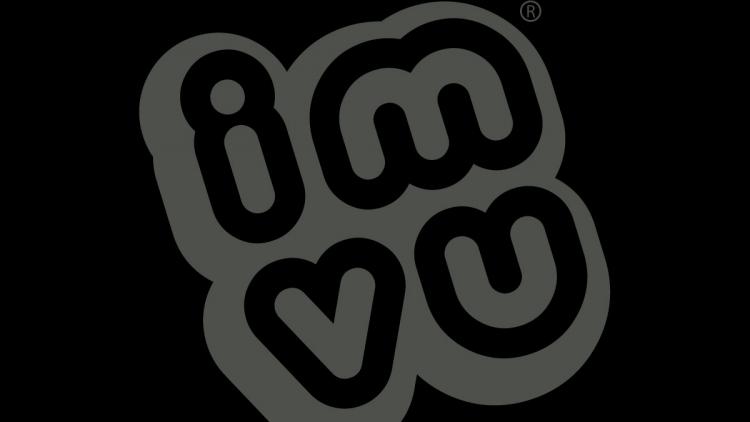 If you lived under a rock during the early 2000s, you may have not heard of IMVU. Otherwise, I’m sure you’ve at least seen a few thousand banner ads. IMVU is a social massive multiplayer online game, and it’s probably one of the most popular of its genre. What is a social MMO, exactly? In a social MMO, there isn’t really any kind of goal. Some social MMOs have level systems, or means of obtaining valuable furniture/clothes via mini-games or competitions. Aside from that, there’s an emphasis on socialization over gameplay. These kinds of games were hugely popular ten or so years ago, and some of them are still pretty populated today.

IMVU, which stands for Instant Messaging Virtual Universe, is one of the earliest and most popular out of this genre. In IMVU, you buy clothes and furniture to decorate your house. (You’ll find that this is a common theme throughout social multiplayer games.) IMVU is still as popular as ever, relatively speaking. However, if you’re looking for something a little different, you’ll be happy to find out that there are still quite a few social multiplayer games that boast an active user base. Take a look at this list of the top 5 games like IMVU to find out more. 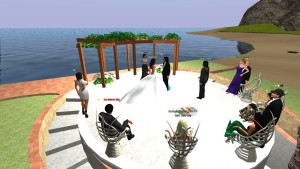 Twinity is a social MMO that has undergone a lot of changes over the years. Initially, the game’s worlds were based on actual real-life cities, meticulously recreated in Twinity’s 3D environment. It was Twinity’s “gimmick”, and it was actually pretty cool. It was something that no other multiplayer game had done before, enabling players to just…walk around London! It attracted a lot of attention with this concept. However, they shifted away from this feature over time, and placed larger emphasis on player-created content. The recreated cities were removed as worlds a few years ago.

Although it’s undergone a considerable change (which I think was for the worse), Twinity is still alive and well, as far as social multiplayer games go. You’re able to customize your own avatar and house. Avatar creation is surprisingly robust, and superior to some of the other avatar creators on this list. Unfortunately, a multiplayer game isn’t defined only by its character creator. Twinity isn’t quite as populated as the other items on this list.

Twinity also doesn’t really have a “gimmick” anymore, having mostly removed its replicated cities. Now, it’s having to compete with other, more popular “standard” social multiplayer games, like IMVU and Second Life. It’s not doing as well as it could be doing, if it did something to separate itself from the competition. But, if you’re looking for a more close-knit community with all of your average features, you should give it a shot. 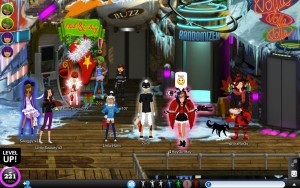 The biggest difference between OurWorld and IMVU is the user base. Although IMVU has younger users, most IMVU users skew older, from late teens to early adulthood. OurWorld was created with the direct intention of being marketed toward later tweens and earlier teens. The biggest issue that you may have migrating to this game from IMVU would be adjusting to this different user base. That isn’t to say that everyone in the game is a little kid, but you should anticipate a less mature group.

With that out of the way, let’s talk about OurWorld itself. In OurWorld, you create a 2D avatar. With this character, you’re able to play a variety of different games to earn currency and experience points. The more currency you have, the more items you can buy for your character. The more experience points you have, the higher your level is. The higher your level is, the cooler the items you’re able to purchase. (If you haven’t been able to tell yet, social MMOs are just as cyclical as regular MMOs.)

OurWorld is great because it’s simple, and there’s more to do than just chat up strangers on the Internet. It can also be played just from a browser, which makes it a lot more accessible. Not so good? The player base can be a little insufferable, most being younger. The game can get a little repetitive over time, since not all of the games are that great. Plus, as much as I enjoy MMOs, grinding isn’t ever really fun. It wears on you. 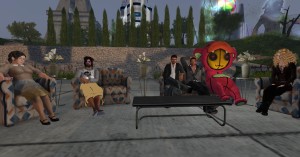 Second Life is probably the most recognizable name on this list. It saw a lot of popularity a few years ago, when news stories broke of people meeting life partners over Second Life. Second Life enables you to literally create…a second life. You create an avatar (which, in my opinion, don’t look that good) who has a name, and an identity. You then go into different rooms, where you can socialize with different people.

A lot of the different worlds tend to leak into each other, though. I’ll be frank with you: you’re going to be hit up for cyber sex a lot. No matter where you are, no matter what you’re doing. That’s what this game has pretty much always been. (Though, if you’re an avid IMVU user, you may be used to this by now.) Even if you ignore that, the game hasn’t aged very well. The interface is confusing, the menus are daunting, and a lot of it doesn’t make sense. Once you get the hang of it, though, it’s a breeze.

So, Second Life offers a really in-depth experience, and it is still as popular as ever. It’s easy to create your own rooms, and is 100% free. That’s right, no secret premium memberships. No under the table micro-transactions. It’s as simple as it looks. If you’re looking for an always-busy social multiplayer game, Second Life is for you. However, keep in mind that it’s attracted a very…adult user base, over the years. Think of it as the anti-OurWorld. 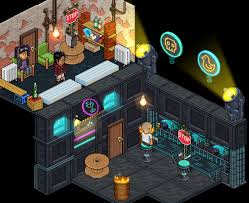 Like Second Life, Habbo Hotel is another big name in terms of social multiplayer games. It has been around for a very long time, and it has grown a lot over the years. It’s also seen a lot of controversy! From 4chan raids to being considered an inappropriate website for kids, Habbo Hotel has seen a lot of attention. That’s sort of slowed down over the years, but the hotel still averages around 1,500+ online users at any given time.

In Habbo Hotel, you create an avatar. You can create a pretty decent-looking one, but most of the really customization options are locked behind a payment wall. You can then…explore! Spend money to purchase credits to build your own room. Go in other people’s rooms. A lot of the fun that you’ll have will be in other people’s rooms. Habbo has developed a really interesting culture, where you can join different “military-style” groups and rank up, work a fictional job, or play in different game formats. There’s a lot of stuff to do, and 95% of it is family-friendly.

Unlike some of the other games on here, Habbo Hotel attracts a wide variety of users. Although it was originally marketed to teenagers, it’s become kind of like IMVU, where you can find people from pretty much every age and background that you can imagine. (Recently, the US and UK hotels merged, so you’ll be able to find people of different nationalities, as well. This also means that the hotel is active pretty much around the clock, as people from different time zones log in and out.) There’s a lot of user-created content on Habbo, so there’s something for everyone. 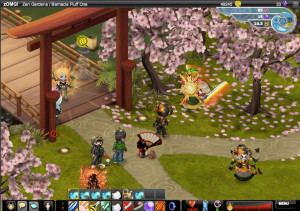 Gaia Online, like its friends on this list, is a veteran in its genre. It’s been around for ages, and was initially just a place where people could talk about anime and video games on a message board. Then, customizable avatars were added. Then, games to buy different clothes were added. Before you know it, it’s one of the biggest social multiplayer games out there. There are loads of different mini-games to play, of all different types. From puzzles to racers to action games, there are plenty. And in my opinion, none of them are really bad. Quality doesn’t vary that dramatically.

On top of that, there are plenty of places and ways to make friends. Gaia Online is sort of like open-world Animal Crossing, where you can run around and catch bugs, fish, or pick up garbage to make money. (Although the mini-games are the best money makers.) While doing this, you can meet friends, chat, visit their house, roleplay, whatever! The sky is the limit. Gaia is also really approachable. Although it has a premium currency, it isn’t too difficult to accumulate their regular currency. It doesn’t feel pay-to-win, because most of the stuff that you’re buying is only cosmetic to begin with.

The social multiplayer world isn’t quite as crowded as it has been in the past, but it’s still nothing to sneeze at. Although Gaia Online is definitely the best, with strong gameplay and a kicking online community, there are still lots of other options to choose from. It’s just a matter of doing the right research, and finding which one is right for you.