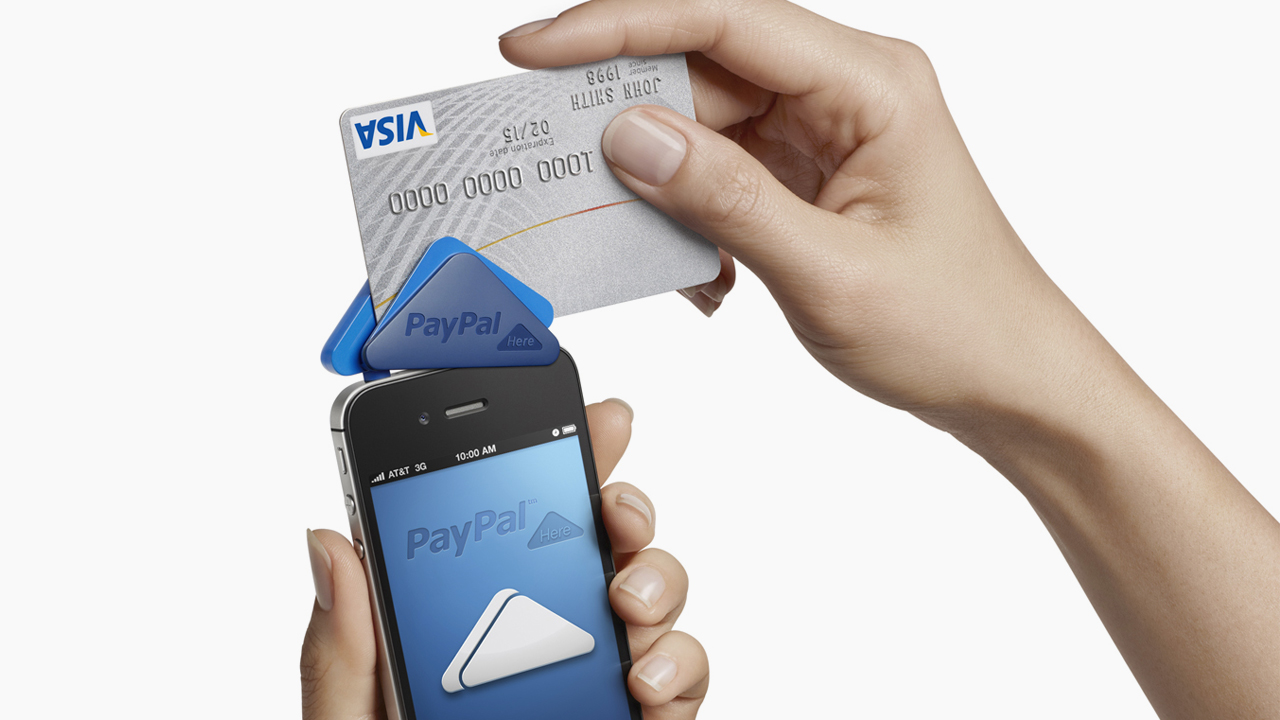 Is PayPal still the industry standard?

Since its creation in the early 2000s, PayPal has always been a more controversial payment system. Many have complained about PayPal’s customer service, policies, and alleged shady business practices. However, to this day, PayPal remains one of the most prevalent online payment methods. As online shopping becomes more popular, PayPal becomes more popular as well. Virtually every online marketplace features PayPal as a payment option, and you’ll be hard pressed to find a tech-savvy adult who doesn’t own a PayPal account. If you’ve had bad experiences with PayPal, or if you’re even just looking for something new, you might find something in this list of the top 5 best PayPal alternatives you can use in 2017.

Speaking of something different, Venmo’s fundamental principles are really, really different from PayPal’s. With PayPal, you’re making simple transactions. These transactions can take place as business transactions, or as personal transactions. Venmo is primarily geared toward individuals who are social spenders. Every transaction that you make on Venmo can be broadcast to the public. I say “can be” because although it is the default setting, you are able to turn this off. 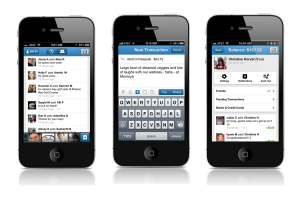 Venmo is a very strange marriage between PayPal and Facebook. When you make a transaction, the details of the transaction are published to an online feed, where your friends and family are able to see them. So, your grandma in Kansas would be able to log onto Venmo and see that you recently purchased a new bedroom set from your roommate. This form of financial social media isn’t really for everyone, and I wouldn’t recommend it to someone who owns a business. However, Venmo offers a unique, social approach to payment processing that I think deserves some kudos.

If you’ve ever used Amazon, you may have noticed that they don’t accept PayPal as a payment option. Pretty weird, right? Initially, Amazon did not accept PayPal as payment due to PayPal’s ties with eBay, one of Amazon’s primary competitors. However, since PayPal and eBay have split, PayPal still seems to be on Amazon’s blacklist. Why? For the past few years, Amazon has been working hard to push their own online transaction platform: Amazon Payments. 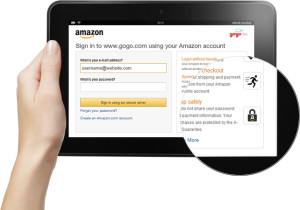 Amazon Payments is a convenient payment platform that offers functionality that is on-par with PayPal’s. Amazon creates a really user-friendly environment with policies that protect both the merchant and the customer. This is no surprise, seeing as Amazon has built their brand upon having some of the best customer service around. Amazon lets you easily integrate your Payments account into your regular Amazon account, which saves you a lot of legwork.

I really wish that I could place Amazon Payments higher on this list, but it just isn’t being used by enough vendors. I can think of a handful of websites that actually accept Amazon as a payment method. One of the biggest advantages to using PayPal is the convenience of being able to use it across thousands of different websites. Until Amazon is able to build a larger vendor base, they’re going to have to sit low on this list.

You may have heard of Square from their mobile card reader, which was one of the first on-the-go, consumer-geared card readers that was put out on the market. However, there’s more to Square than a piece of plastic. If you absolutely hated the sound of Venmo, you’ll probably love Square. I don’t like putting it that way, but it’s the truth. Whereas Venmo makes paying online a more fun, social experience, Square is more simple, and offers the ability to make completely anonymous payments. 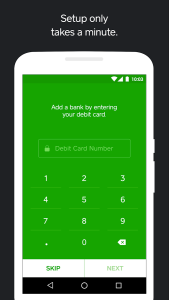 When you make a payment with PayPal, this typically involves exchanging email addresses with the other party. In most cases, this also results in the other person learning your home address. For some people, this is way too personal. If I’m buying a digital logo from a complete stranger, I don’t want them to know where I live. It’s a matter of privacy, and for some people, it’s a matter of peace of mind. Square makes it easy to send cash to strangers over the Internet without divulging any personal information with their Cashtag system. With Cashtag, you can create a unique username (or cashtag) and online landing page, where people can pop in and send you money instantly. No exchanging email addresses, no exchanging home addresses, just good ole’ Internet anonymity.

Square is definitely the ideal PayPal alternative for someone who owns a small business, or who does a lot of work online. It’s simple, easy to use, and offers you a level of privacy that is hard to come by online. Square’s simple user-interface also makes it a very popular payment option among friends. As a college student, I can say that I’ve used Square on many occasions to divvy up a dinner bill or cab fare. 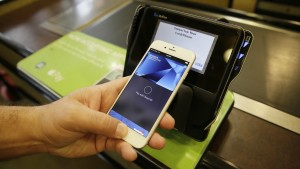 groceries, it’s very likely that that person was using Apple Pay. With Apple Pay, you’re able to quickly and easily may payments online and in-person, as long as you own an Apple device. Apple Pay is probably the most secure payment option out of all of those listed, because it uses Touch ID to confirm transactions. That’s right. It’s 2016, and you can pay for your Chinese takeout with your fingerprint. This is pretty much as secure as a payment system can get. Not to mention, all of your payment information is stored in an encrypted chip inside of the device. No worries about someone breaking into an Apple server and stealing all of your credit card information. However, Apply Pay’s greatest strength is also its greatest weakness. Since Apple Pay requires Touch ID, it is only compatible with a select few Apple devices.

It’s lucky that the iPhone is such a popular smartphone, or else Apple Pay’s exclusivity would be its downfall. You can’t use Apple Pay from a desktop browser — you’re only able to use it in-person with your iDevice or while browsing your iDevice. There are a very limited amount of applications where Apply Pay is even practical.

Apple Pay is only two years young, which means that the sky is the limit from here. As technology advances and as the payment service is adapted to support older machines, it will become more and more popular. Apple earns its spot on this list by being ridiculously easy to use (assuming you have the right hardware) and also by being one of the most secure payment methods, period. Keep your eye on this one.

Who else could we count on to dethrone PayPal than our good friend Google? Formerly known as Google Checkout, Google Wallet is an online payment service that allows users to send payment from their browser, smartphone, or Gmail account. The payment services makes transactions simple, and anyone can sign up for a free account at any time. Google Wallet isn’t entirely as versatile as PayPal. Compared to PayPal, it is still in its infancy. Strict transaction limitations are in place to ensure that it remains secure during these vulnerable early years. 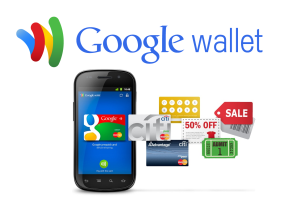 In my experience, Google Wallet is the most widely supported PayPal alternative. Knowing Google, its popularity will only continue to grow as it is integrated into more and more Google products. Like Apple Pay, it offers NFC-enabled payment. This payment method is more widely supported across different devices, both iOS and Android. However, it should be noted that while Apple Pay stores your payment information in an encrypted piece of hardware, Google Wallet stores your payment information in the cloud. This means that Google Wallet can be used more often in-store, since it is compatible with more card readers. However, this also means that Google Wallet is less innately secure.

You could probably argue that Apple Pay and Google Wallet could change places on this list, and in some ways, you’re right. However, I personally believe that Google Wallet ease of use and availability trumps Apple Pay, which as of right now only a small portion of Apple users are even capable of using. (Although Apple Pay is a more popular form of NFC payment, I think it’s just because Apple pushes Apple Pay harder on iPhone users. Google isn’t quite as aggressive when it comes to bringing users to their payment platform.) Not to mention, it’s much easier to pay for things online with Google Wallet than it is with Apple Pay. Google and Apple are constantly fighting for dominance in the tech world, but I think Google wins this round.

We live in a world where it is becoming more and more easy for a small start-up to make it big. Just within the past few years, we’ve seen the meteoric rise of once-small companies like Uber, Kickstarter, and Twitch. They were completely obscure less than ten years ago, and today, they’re practically household names. The e-commerce industry has always had it out for PayPal, which means that it won’t be difficult for new payment services to penetrate the market. If the sight of the PayPal logo makes you see red, you should take comfort in knowing that there are many more options on the horizon.