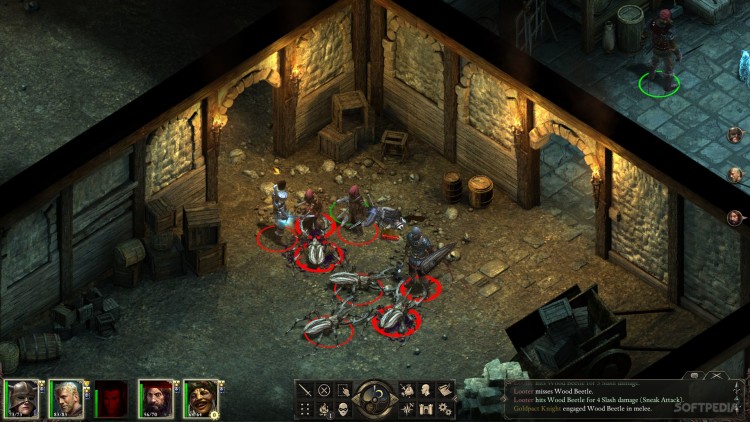 The cRPG, computer role playing game, is back in vogue after years of languishing and I couldn’t be happier. The genre has always been known for top notch story telling, and occasionally stellar gameplay. Pillars of Eternity is a game from RPG giants Obsidian, best known for making sequels to other companies games. And honestly doing a better job of it than the original developers. Continuing in the fine tradition of Balder’s Gate and Icewind Dale, Pillars of Eternity is an Isometric DnD-esque role-playing game. Complete with stats, companions, spells and moral choice.

The game was successfully kickstarted way back in 2012 and finally saw release in 2015. An expansion was released quite recently, the second part of their White March story line, which didn’t take me too long to run through. So if you’re a fan from way back when or new to the genre and hungry for more, I’m sure one of the games on this list can sate your appetite until the next game comes along. 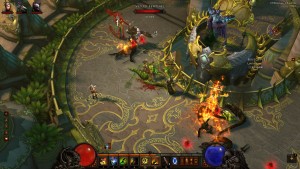 Ah Diablo. No game before or after has worn out more index fingers. Click click, kill, loot, rinse repeat. there is something fundamentally fun about this game. The long awaited sequel was finally released in 2012 and it was everything long time fans of the series where hoping it to be. While it’s a fun game to play in co-op, and has a fairly engaging story, it lacks the choices present in other games on this list. I would recommend this to those who loved the combat in cRPG s but doesn’t want to get bogged down in messy morally grey choices. The Reaper of Souls expansion was released in 2013, with new areas and a new level cap to lengthen the fun to be had.

#4 – Arcanum: Of Steamworks and Magic Obscura 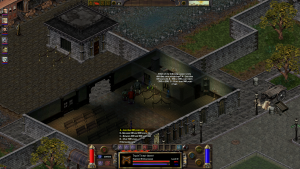 Arcanum came from the same creative team that gave us the original Fallout. And it shows. Even back in 2001 the games graphics were outdated. But it did something that no game has done since. Created a great steampunk inspired experience. There is magic in the game, but why would you want to use that when you can don a magnetic bullet deflecting top hat and shoot idiotic mages with a big iron. It depicts a world in the midst of an industrial revolution, with steam trains and guns and electricity, at odds with the old races and their magic. It comes complete with fantastic racism, life isn’t good if you’re an Orc or Troll, and a wonderful mystery to unravel. What side will you choose? Magic or Science? The fate of the world rests on your shoulders. 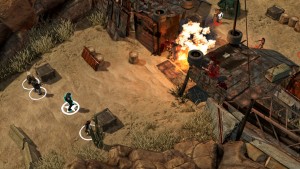 Another long awaited sequel, the original Wasteland was released back in 1988. Picking up a scant fifteen years after the original game, you’re back in control of a group of desert rangers in a turn based tactical cRPG. The first version of Wasteland 2 was released in 2014, but that’s not the version you want. The updated Director’s Cut was released a year later and it fixes every issue I had with the original release. The Menus are better designed, there is more dialogue options and the level up system has plenty more options to really make ever play through different. the games combat is tight, and the first quest was written by the legendary Chris Avellone. His name alone is enough to sell me on a game, and Wasteland 2 was no exception. It has plenty of choices, that have real effects on the world you leave behind, and a plethora of horrible creatures and disgusting people to interact with. Arizona is only half of the game. Pick this up if you want some real depth to your playing experience. 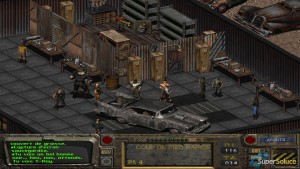 Up until last year this would have been my number one recommended cRPG. It is still one of the best games I have ever played, just not the best anymore. This game gives the player more options than any other on this list. The combat system is a little clunky, and easy to break, but the attention to detail, the dialogue, the world building is so much better than almost every game out there that you owe it to yourself to play it. Want to be a super genius that solves every problem by popping smart drugs and convincing everyone you’re right? No worries! Want to try charming the pants off of every person you meet? Go ahead! Want to set your intelligence score so low that you can only speak in broken English and grunts? Sure thing, the game actually lets you do that. Combined with a haunting soundtrack and a feeling of leaving a real impact on the game world and you have an astoundingly well rounded package. Did I mention that large sections of the game where written by Chris Avellone? 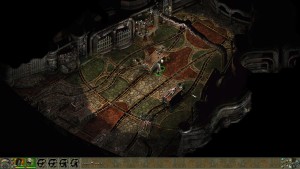 It’s almost a cliche at this point. Planescape: Torment is at the top of so many cRPG top lists. And honestly? I can see why. It took me too long to get into this game. The first two hours or so are a slog. A bewildering deluge of information and world, it’s terribly confusing. But that is part of the art. Your protagonist is The Nameless One. An Immortal, after a sorts. Y’see, when he dies he resurrects. And sometimes when he resurrects he loses all of his memories. That’s where the game begins, you having lost your memories, laying on a slab in The Mortuary. What plays out is a wonderful self reflective tale about what makes up a person. Are you defined by your past if you don’t know what your past is. Are your memories who you are? And if so, what would you do to the you that will replace you. If it sounds confusing, that’s because it is. But only for a few hours.

The combat in the game is terrible, no two ways about it. But it doesn’t matter that much, you can run away from most battles and when you die, you come back to life anyway. The cast of characters is engaging and occasionally subversive. I particularly enjoy Morte, the wise cracking floating skull and Falls-From-Grace, a celibate Succubus who runs a brothel. At its core you may choose who The Nameless One is in his newest life, and the breadth of choice is staggering. Please, please play this game. You won’t regret it.

The Return of The cRPG

So there we are. A few cRPG s to keep you going until the next big release. Considering their new found popularity I expect to see a fair few more in the coming years. Shadowrun Returns devs are currently working on a follow up and Inxile Entertainment have recently released the beta to Torment: Tides of Numenera. I’m not as enthused about Tides of Numenera as much these days. It is being billed as a spiritual successor to Planescape: Torment, but isn’t being written by Chris Avellone. While I’m sure it will be a fun game, part of me sees it as a cynical attempt to piggy back off of the acclaim of a previous work. At least Wasteland 2 had some of the original designers on board.

If there’s any games you’d like to suggest then leave a message in the comments and if you’re looking for more action orientated fare then check out the Top Five Games Like Diablo 3 here.