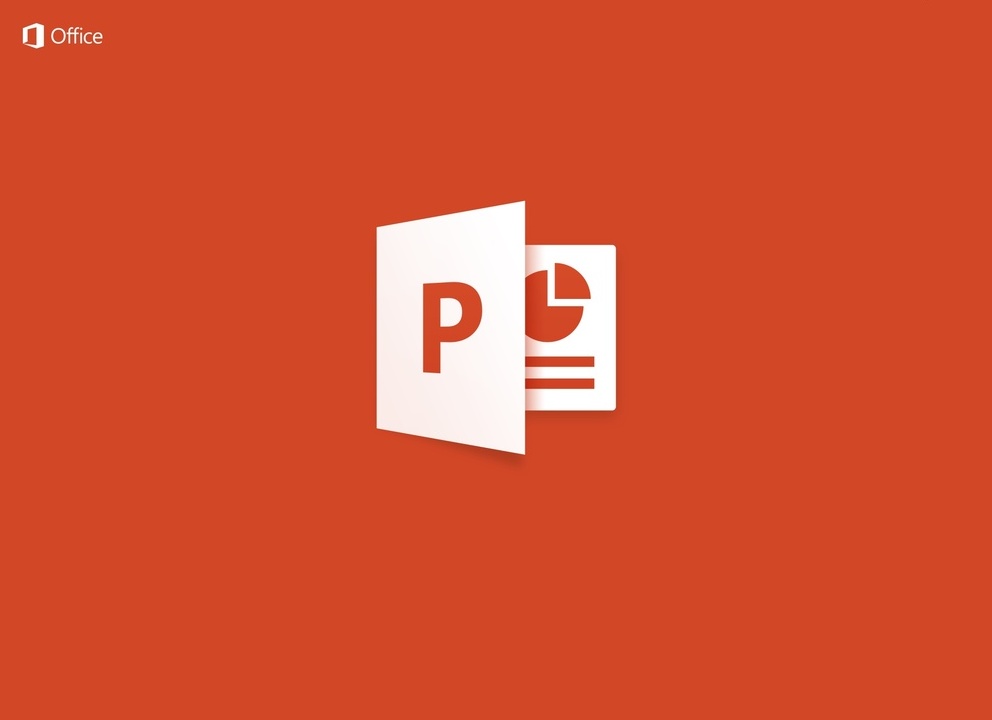 Why look for a PowerPoint alternative?

For years, PowerPoint has existed as the most popular and powerful slide show presentation program. Just like how ‘Sharpie’ has become synonymous with ‘permanent marker’, ‘PowerPoint’ has become synonymous with ‘slide show’. It is, by and large, the best presentation making software out there. However, not everyone can afford to use it. In order to (legally) use PowerPoint, you’re going to have to shell out around $150. Or, you can purchase an Office 365 subscription, which costs $99 a year. (Obviously, PowerPoint is bundled with a lot of other Microsoft products in Office 365.)

If you’re a starving student or a penny pincher, this is way too expensive for a software that you’ll only use every once and a while. Lucky for you, there are a lot of budget-friendly presentation making programs out there to choose from. However, I think it’s worth mentioning that none of them are really superior to PowerPoint. Some are different, some are close to the same level, but none of them are better. It’s hard to improve upon something that is already close to perfect. Without further ado, here are the top five best PowerPoint alternatives.

Most PowerPoint presentations are the same. You click through different slides, with each slide being a different card. Each card is filled with different information. You can input text, photos, video, and so on. The cards just come one after the other, and are basically the equivalent of a paper or essay busted up into pieces. This formula might be simple, but it’s also a bit of a bore. It can also make it difficult to convey relationships (other than chronological) in a standard presentation. Prezi isn’t like that. 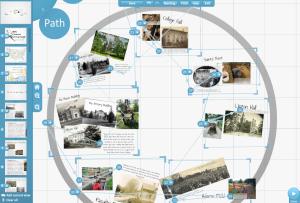 In Prezi, you’re basically filling out a massive board. Do you remember those tri-fold poster board presentations that you used to do in grade school? Prezi takes that same, more intuitive layout, and makes it digital and presentation-friendly. When viewing a presentation, you’re able to completely zoom out and get a look at the entire picture. You can also click through slides, which involves “flying” from one aspect of the poster to the next.

Prezi is a more exciting PowerPoint alternative, and I’ve found that it’s very useful when you’re writing a presentation that speaks to a broader subject. Prezi’s structure makes it easy to jump from one key point to another, in a comprehensive way. Prezi is available for free, although “premium” memberships run you around $13 per month. Schools really love Prezi for these reasons, and as a student, I’ve been explicitly told on a few occasions to use Prezi for an assignment.

This one is for any Mac users out there. I’d love to put Keynote higher, since I can openly speak to its effectiveness. However, only being available on one platform is an issue for me. Keynote is really similar to PowerPoint, and it follows your usual presentation making model. Select a theme, fill out card after card, and input media as you see fit. Keynote is simple. When talking about presentation making software, simple is good.

Keynote’s biggest advantage over its competition is its ability to make presentations that are really nice to look at. Apple has always held aesthetics in high regard, and that philosophy is carried over into this software. From photo-based to data-based presentations, Apple makes it easy to create an end product that is minimalist and sleek. Keynote is also pretty functional, allowing for easy compatibility with PowerPoint. It can open PowerPoint presentations, and it can export projects as PowerPoint files. It offers convenience all around.

Not to mention, it’s a bargain. Free is great, but it’s not always quality. Keynote is a software that I would consider to be high-end, and you can purchase a one-time license for $19.99. Seeing how over-priced most Apple computers are, this is definitely a breath of fresh air. 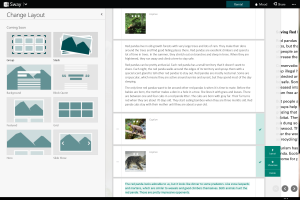 A Microsoft product, Sway is probably the “true” PowerPoint alternative out there. However, it’s not really the best. Like Prezi, Sway enables the user to create presentations that are more non-traditional in terms of format. Unlike Prezi, however, Sway allows you to create more “normal” looking presentations, too. It’s much more versatile than Prezi, which I think makes it the superior product.

Speaking of versatility, you can also use this software for things other than presentations. It’s often used in drafting reports and newsletters. I like this feature because PowerPoint has always seemed to offer more formatting functionality than Word. It’s nice to have something that puts both of those applications together. Since it’s from Microsoft, you could probably guess that Sway is heavily integrated with other Microsoft products. And you would be right. Sway allows you to easily pull media and information from your OneDrive account for use in the presentation. Sway also looks pretty good. I wouldn’t say that it looks quite as good as Keynote, but it’s close.

If I were writing this list a year from now, Sway would probably place higher. However, it was only released to the public early last year. As you can imagine, it’s still pretty raw. Like Keynote, it isn’t very widely-available, either. Sway is currently only available on iOS or Windows 10.

Before I go into finer details, allow me to briefly explain something concerning this product. Originally, there was one version of Impress, developed by OpenOffice. However, since then, due to all sorts of business acquisition hi-jinks, Impress (and all of the other original OpenOffice products) are being developed by both OpenOffice, and its “successor”, LibreOffice. Both versions of Impress (which is their presentation making software) are similar, but slightly different. In general, LibreOffice updates its products more often than OpenOffice. LibreOffice Impress is more polished than OpenOffice Impress, but honestly, most of the features in one version of Impress can be found in the other. It’s just that LibreOffice is generally more stable, easier to use, and more pleasing to the eye.

Out of everything on this list, both version of Impress feel the most like PowerPoint to me. From interface to functionality, it feels the closest to an actual clone. Is that a good thing? In LibreOffice’s case, yes. In OpenOffice’s case, not completely. OpenOffice Impress doesn’t really feel like new PowerPoint. It feels more like PowerPoint from the early 2000s, to be honest. That has always been the issue with most OpenOffice products, I think. They’re good and they’re effective products, but with cluttered menus and overly-complicated user-interface, they’re not quite as easy to use as their competitors. In comparison, LibreOffice is definitely the “cleaner” of the two versions, but it’s not without its faults, either. It’s just as easy to be overwhelmed by LibreOffice as it is to be overwhelmed by OpenOffice. It just happens a little less often.

Don’t get me wrong, both versions of Impress are still solid presentation-making platforms. The advantage of their complex natures is that it makes it easy to tweak even the most minute of details. Like I mentioned, they’re really similar to PowerPoint, so if you’re making the move from PowerPoint to Impress, you won’t be too confused. It feels different compared to Sway or Prezi which, while definitely pretty cool, are really different from the PowerPoint that we’ve learned to love.

Like all OpenOffice/LibreOffice applications, Impress is free. It’s compatible across Windows, Mac, and Linux devices, which is a huge plus. It’s easy to get your hands on, and it’s easy to get used to, but it definitely isn’t the sexiest presentation software out there.

Good ole’ Google Slides. Before we dive into Slides’s finer details, consider the old figure of speech, “Jack of
all trades, master of none, oftentimes better than master of one.” That’s exactly what Google Slides does. It’s easy to use without ever feeling dumbed down. It’s attractive without lacking substance. It’s different enough to feel fresh, but not so different that you need to go through a 20 minute tutorial to figure out how it works. It’s a dependable, all-around solution, and I think #1 is a spot well-earned.

Google Slides has all of the core features that you would want out of a PowerPoint alternative. It allows you to make good-looking presentations that are more or less on-par wit 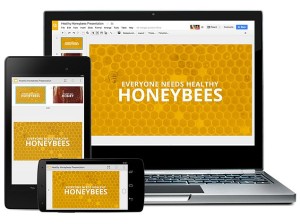 h PowerPoint presentations. It’s able to export presentations to the .ppt or .pptx file format. It has a decent selection of pre-prepared themes to choose from. It’s completely free, while still remaining stable, well-supported, and modern. Also, it doesn’t actually require a download. Google Slides can easily be accessed from within your browser, and it is also accessible via iOS and Android applications.

As a student, I think Google Slides is also one of the most popular PowerPoint alternatives out there. A lot of my classmates use this on a regular basis, and they rarely run into issues with it. Next to no complaints. The only problems that you can really run into with a presentation software is that it’s too confusing or that it causes you to lose your work. Slides is really self-explanatory, and Drive’s auto-save causes it to save your work several times each minute. It’s as good as it gets.

There are other presentation software options out there that I think are also worth mentioning, like Canvas, Slide Dog, and Haiku Deck. However, I think that the tools on this list do what they do best, at the fairest price point. Plus, they’re all more popular, which means that they’re more well-supported. It’s never fun to find a good software that ends up being dead, so when you run into an issue, no one is there to help you out.

PowerPoint is probably better than even software on this list in terms of quality, but I think the top 3 here are far superior if you have a budget in mind. It’s difficult to break down performance of a software in terms of dollars and cents, but I think that PowerPoint makes its money back over time. These applications just get an advantage, because there’s no money to make back in the first place.