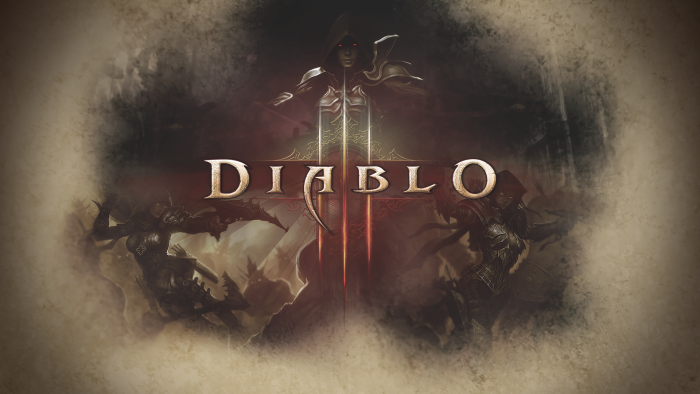 Diablo first launched in November of 1996 by Blizzard Entertainment. Along with the game came the service Battle.net which allowed players from around the world to connect online, chat with their friends and make private games together. With this feature Diablo became an instant success, spawning two sequels: Diablo II which released in 2000 and Diablo III which released in 2012.

The success of the series can be attributed to the simple Hack and Slash nature of combat, dungeon crawling, the variety in its classes and above all else, it’s excellent multiplayer. Movement is simple, click on the screen to tell your character, while skills can be hot keyed to your number pad. You level up your character and become stronger by defeating enemies and bosses thus advancing through the game.

Like the title of the game suggests, the plot revolves around Diablo, the Lord of Terror. Set in the fictional world of Sanctuary and with the help of several other NPCs, you must put an end to his minions and their reign of terror.

It’s no surprise that Diablo is one of the best-selling PC games of all time and if you’re a huge fan of the franchise and are looking to play similar games then look no further! 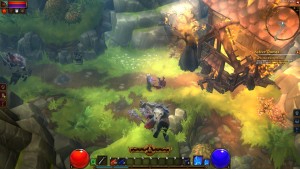 When looking for games to scratch the Diablo itch, Torchlight is always top of the list. I decided to put it as number five due to how popular the game already is and I’m sure many people are already aware of it. Torchlight is a game set in the fictional mining town of, you guessed It, Torchlight. The town of Torchlight is the central hub for the player to buy items with gold that they receive for killing enemy monsters. The monsters are found in the dungeons that surround the town, as they are lured there by the aura of a mysterious ore known as Ember. As the player progresses through the dungeons, a series of side and main quests appear which take you through the general plot of the game which is way different than Diablo.

The Developers of Torchlight, Runic Games, is something of an action RPG super group. The three founders have extensive experience in the genre, with two of them being lead designers for Diablo II. The development team is primarily comprised of Flagship Studios, many of whom were part of Blizzard North, creators of Diablo. It is quite likely that the success of the Torchlight Series is what spurred Activision-Blizzard on to release Diablo 3 after more than a decade. Torchlight’s limited budget led to it being a purely single-player experience, much to the chagrin of fans, but the equally well-received sequel, Torchlight 2 has that magic multiplayer that we all love so much. 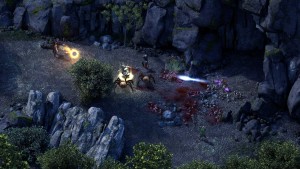 Pillars of Eternity is a very different experience from Diablo. While they share a camera, and some core combat mechanics, its focus on story telling in the classic cRPG style makes it perfect for long afternoons of exploration. The game was originally announced and crowdfunded via Kickstater in late 2012, where it would go on to raise well over $4 million dollars. Three years later in May of 2015 the game was released for Windows and Linux users.

The amount of effort put into this game is very apparent early on. You are in charge of a main character and other party members that choose to follow him or her. You can completely customize these characters, from their physical appearance to their class and stats. You inhabit a world of people, of greys with every choice you make having consequence. You start out as a stranger in a strange land traveling with a caravan when suddenly a mysterious storm hits and kills everyone except for you. After taking shelter inside a cave you bear witness to a ritual which exposes you to some unknown energy, transforming you into something called a Watcher. You must track down the people who accidentally cursed you so they can reverse what happened, as you will go mad from the lack of sleep and visions you encounter.

At its core, Pillars of Eternity is a very complex game, one that you should take your time with. The combat system is one of deft strategies and high octane magic powers. It is a more cerebral experience than Diablo, but no less enjoyable for that pacing. Pillars of Eternity is definitely a game you will want to check out if you are a fan of the Diablo series. 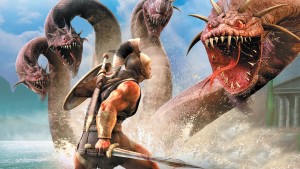 Titan Quest was released on PC in 2006 and is another Hack and Slash styled combat game. Taking on the role of a generic protagonist, the player must fight monsters in three different world settings, each of which is based upon Greece, Asia and Egypt. The plot revolves around a world where man is moving away from the Gods, and monsters have taken to terrorizing the world. It’s up to the fully customizable hero to put an end to their reign. It is up to the player to go from town to town and defeat said enemies and help bring balance back into the world.

During production it was built up to be the next great action RPG. Upon release many people were dissatisfied with how similar it is to Diablo in terms of combat. If you are someone who is very interested in mythology you should absolutely check this game out. The developers have publicly stated how much research was spent into making this game as authentic to ancient mythology as possible. That alone makes this game worth looking into. Another benefit is how great the graphics are for its time. There were some initial problems with the original release of the game, but thankfully the developers have patched them up so you shouldn’t notice any problems. While upon initial release the game received good, not great, reviews its expansion, which comes with most versions of the game, was very well received for its polish ad attention to detail Supporting up to 6 players in simultaneously is a boon as well. 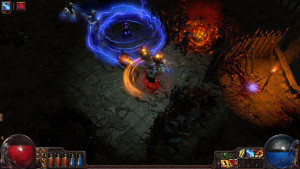 Path of Exile is a free-to-play action RPG that supports micro-transactions. Released in Q3 2013, Path of Exile is a game that is hugely inspired by the Diablo series as evident by the identical combat, user interface and isometric point of view. Players start by choosing one out of the five classes (Duelist, Shadow, Witch, Templar or Marauder) to play through the game, although after you progress through the game a sixth class known as the Scion becomes available. As you defeat enemy monsters, go on quests and crawl through dungeons the player acquires experience points and armor, which they can socket with gems to get bonus skills or attributes. The nice thing about this is that it makes the player constantly want to venture out and get better loot which is used to upgrade your equipment or you can barter it off to someone else. There are tons of skills in the game to choose from so a lack of variety will not be an issue. Plus this game is completely free of charge! 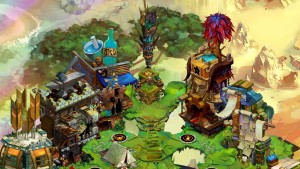 If you’re looking for a stylized version of Diablo then I suggest checking out Bastion. It was released in 2011 by the indie game company Supergiant Games. The plot surrounds the character known as The Kid. After surviving a calamity which caused monstrous destruction to the town of Caelondia and its surrounding areas, The Kid makes his way to safety at a place known as Bastion. He is instructed there by another survivor to use the Bastion to help recreate land mass in an attempt to restore some of the damage caused by the calamity. The plan to bring back Caelondia is soon foiled as another survivor interferes with the Bastion and it is up to The Kid to figure out what to do next.

Since its release, Bastion has been praised by both fans and critics alike for its beautiful art work, the narration, the unique storytelling and its original soundtrack, which features original songs by composer Darren Korb.

Coming from someone who loves Diablo for its dark and gritty graphics, I absolutely love the art style of Bastion. Its natural beauty fits in perfectly with its unique plotline and the wonderful music.

That concludes the list for the top games like Diablo. I initially played Diablo II: Lord of Destruction back around 2005. When I bought the game I received an incredible amount of help from all the players online. Little did I know that the game had already been out for more than five years. It’s rare to see such a dedicated fan base towards a series, and even though the majority of them have moved on to play Diablo III, it still has its own niche. If you have a PlayStation 1 or a backwards compatible PlayStation 3, you could also check out the original Diablo.

Though finding a game better than Diablo is rather difficult you should definitely check out one or all of the games on this list. If you’re looking for something a little more cerebral and quest based, then check out our Top Five Games Like Pillars of Eternity, here. if you know of any other games that are similar to Diablo, feel free to write something in the comments below!