What Happened to iFunny – 2018 Update 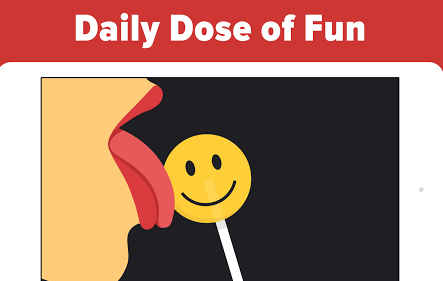 As time and society change so does the taste of culture and media adorned by the masses that are spread across the world. As we evolve and continue to innovate, our taste for various forms of entertainment, media, and genres continue to alter as it then leads to more creation and diversity providing the general populous with wide pallet for movies, music, games, food, etc. Since culture isn’t solidified, we are constantly shaping what is hit and big and what is a thing of the past only to be revisited in the future as popular. We’ve seen this happen with clothing/fashion styles in addition to some influences on our modern music and television. But despite the constant change that we experience throughout our lifetime, both personal and societal changes, some things just never die out as they stand the test of time being a popular icon for generations to come. A prime example of an everlasting trend or interest loved by the general public is humor. 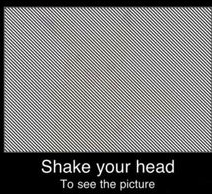 With comedy appearing consistently over numerous centuries, it is no wonder that comedy movies and comical videos on YouTube and other popular video websites are sought out and regarded with much laughter and love. Just about everyone loves to laugh; it’s even been said that laughter is the best medicine as it can help alleviate stress, anxiety, and small amounts of pain. With the power of laughter being a trait held by every individual of our generation and past generations, it is to no ones surprise that the comedy market is a surefire way to make a profit. Whether it is in the form of video or picture, there are many ways people can express their sense of humor with those who share their common interest. From mobile apps to videos to subreddits there are numerous places and functions dedicated to making people laugh.

iFunny – Guaranteed to Make You Laugh

Since our technology is also constantly evolving and upgrading, you’d be hard pressed to find someone without a smartphone or access to the internet. With the immense level of accessibility brought forth from constant internet access from our smartphones, tablets, and computers, it has never been easier to get your daily laughs. There are countless mobile applications and websites dedicated to provide daily updated content of humor and laughs for the user and general populus. One famous source of laughter for mobile users has relatively stood the test of time and hard pressed competition as the app still is used by millions every day as. This application is no other than iFunny. The hit humor app is dedicated to provide daily content in the form of picture, video, and gif to satisfy the user’s desire for laughs. 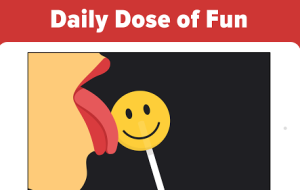 For those unaware of one of the most overwhelmingly popular and famous mobile apps out there, iFunny is just that. As a service dedicated to providing users with an easy way to access laughter at all times of the day. Currently iFunny is in the form of mobile applications for both Android and Ios, while also being accessible from a web browser at iFunny.co; however the mobile applications are arguably more popular and used more rather than its web based sibling. Some notable features of iFunny that keep users coming back each and every day is the unique refreshing process. Being broken up into different sections for posts and content, iFunny is able to hook users and reel them back in each and every day. On iFunny you can find post through two different sections, in addition to a search feature, Featured and Collective. The Featured section is what brings continuous users back everyday three times a day as the iFunny team will select 20 new popular images, videos, and gifs. To get a featured image is to have created a post that is seen by millions. The second section of the application is the Collective section. This is everything else that can be found on the service. When a user first makes a post it is sent to the Collective section where it can be received one of two ways; gain a large amount of popularity and eventually make it as a featured post or become thrown aside into the sea of other posts deemed unworthy of being featured. Often a post meets the fate of the latter.

Where Did iFunny Go?

For an app that has stood the test of time and continues to haul in millions of daily users, how could the application die down in the public eye and not continue to prosper. Well as mentioned earlier, times change. Despite the continuous service of iFunny being updated day to day, iFunny has taken a back seat to mainstream services that have recently sprung out of the woodwork. Growing services like YouTube now offer continuous access to comedy and humor through the form of YouTube channels and viral videos that one could watch on for hours as they get lost in the sea of videos that can be found on the popular video streaming site. Why get a laugh here and there for a picture when you can laugh as your favorite video maker hits your funny bone with a new video lasting longer than the 10 seconds used to look at a picture.

In addition to the rise of this new and ever popular video streaming service, iFunny itself has garnered a form of animosity towards it by its own devout users. Frequent complaints that never seem to be fixed continuously anger frequent users. A major issue that many users have is the Feature picture process. Many a time have people uploaded a picture, video, or gif only to see that the same content uploaded is now a featured image; but rather than being uploaded by themselves it is a repost of their same post. Enraging many that the process to become featured is far too vague and unfair, many users have refrained from contributing content.

Also a major issue that many iFunny users have with the current iFunny system is the official voice of iFunny, user iFunnyChef. Being the official voice of the iFunny application, surely he has some sway with implementing what posts should be Featured and which ones should not. This is the problem that many users are in distaste about. Many iFunny users claim that iFunnyChef is biased when it comes to choosing Featured posts favoring users with many subscribers in addition to uploading content biased by his own political beliefs. While these allegations have not been confirmed or denied, it still has affected the opinion held by active users.

Change comes when we least expect it despite our immense need for it. Success in a field as old as time can be long lasting or short lived if the service seems to add discourse to its users. By many users becoming unhappy regarding the current running and decision making presented by iFunny, the service has seen to quiet down as many users don’t recommend the humor application cutting of new users from the application. In this discourse by their user base, the popularity and hype regarding iFunny has died down greatly over the past couple years. While the application isn’t dead in the slightest, the once massive and proud comedy application has taken a back seat to change as other forms of comedy have become far more popular.