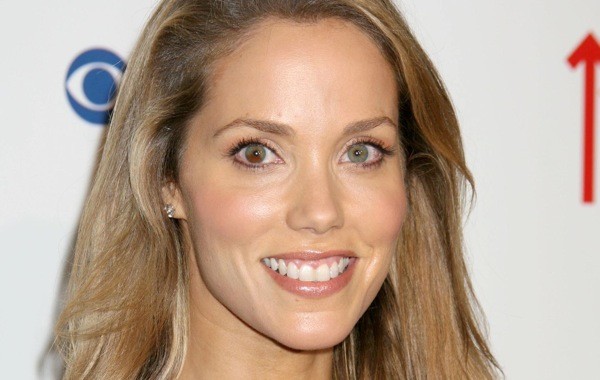 She first graced our screens as Jessie Spano, the brainy foil of Kelly Kapowski, in “Saved by the Bell” but Elizabeth Berkley has gone on to have a long and successful career in television, film and the stage. Elizabeth Berkley has used her fame to help guide young girls to a path of confidence and positive self-image. Let’s find out what she’s been up to recently.

Elizabeth Berkley was born on July 28th 1972 in Farmington Hills Michigan. She is the daughter of Jere, a gift basket business owner, and Fred Berkley, a lawyer. She was born with a partial heterochromia in her right eye, half green and half brown.

She has danced from a young age, a passion her parents full supported by clearing out their basement as a practice space. She appeared in a number of ballets and musicals in the Detroit area in her youth and had joined the Actors’ Equity Association by the time she was eleven. At age ten she auditioned for the role of Annie in the film of the same name, but was rejected.

As a teenager Elizabeth Berkley was a model for Elite before pursuing a career as an actor. Her screen debut was in the TV movie “Frog” she then got some work as an extra in a few shows, such as “TV 101” and “Day by Day”. Her break through role came when she was cast as Jessica Myrtle Spano.

Elizabeth Berkley Saved by the Bell 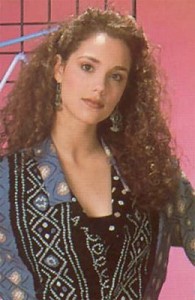 Originally the casting directors for “Saved by the Bell” were unsure of whom to go with when casting Kelly Kapowski, caught between Tiffani-Amber Thiessen and Elizabeth Berkley. Eventually they went with Tiffani-Amber for the role and created the character of Jessie especially for Elizabeth. She would play the role from 1989 to 1993 including both of the TV movies.

In 1995, at age 21, she portrayed Nomi Malone in the controversial “Showgirls”. Famous, or infamous, for its depiction of sex and nudity the film was critically panned and a commercial flop. Over the years a fresh eye has been cast on “Showgirls” and it has developed cult status among film fans. It is still among the top twenty highest grossing films released by MGM.

Despite the poor reception of “Showgirls” Elizabeth Berkley was determined to reclaim her reputation. After the films release she returned to University and earned a degree in English Literature. She also signed on with talent agency “United Talent”, where she gained small roles in major films like “The First Wives Club” and Oliver Stone’s “Any Given Sunday”.

She appeared on the London stage in 1999 as Honey Harlow in Julian Barry’s “Lenny” opposite Eddie Izzard. After she had roles in independent films “Roger Dodger” and “Moving Malcolm” and received critical praise for both and in 2004 she realized a life long dream by making her Broadway debut.

She played Mrs Truckle in the Larry Gelbart comedy “Sly Fox”. She was widely praised for the performance and went on to replace Catherine Keener as Bonnie in the off-Broadway production of David Rube’s “Hurlyburly”. Again critical praise followed, some of the best of her career.

On television she appeared in “NYPD Blue”, “Titus” and “CSI”. Her later credits include a recurring role on the first season of “The L Word” in 2008 and the same again on “CSI Miami” through to 2009. In 2004 she married artist Greg Lauren, nephew of designer Ralph Lauren. The couple would welcome their first child in 2012.

It was also revealed in 2009 that she and former co-star Mark-Paul Gosselaar were interested in doing a “Saved by the Bell” reunion. It would eventually take place on “The Tonight Show Starring Jimmy Fallon” with the whole cast, minus Dustin Diamond for reasons discussed in a different article, in attendance. 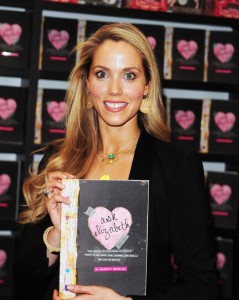 What is Elizabeth Berkley Doing Now in 2018?

Since 2006 Elizabeth Berkley has run a self-help program for disenfranchised teen girls. Called “Ask-Elizabeth” the website and live workshops seeks to help girls with any problems they might be facing. She uses her own experiences and troubles in the process of helping. In 2011 she released a compilation book of the questions and answers she found most helpful.

Next year we can expect to see Elizabeth Berkley return to our screens in the next season of “New Girl”. A Stronger push with her passion project “Ask-Elizabeth” and the possibility of a TV show of the same name.