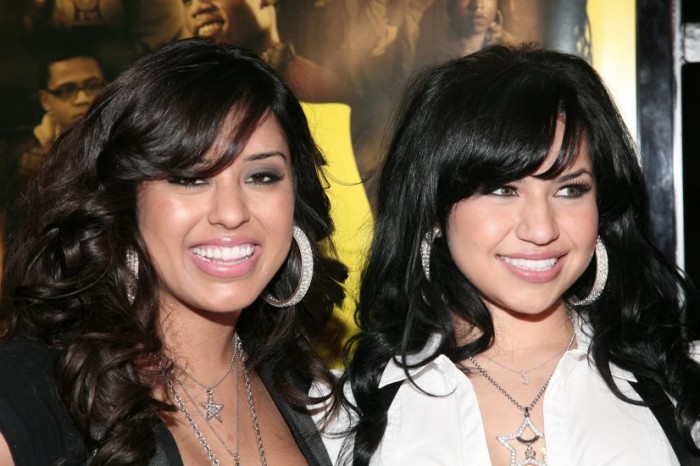 From the living room to the recording studio, the high-energy duo Prima J dreamed of reaching stardom with their outstanding array of talents during their younger years. Backed up by their loving and supporting families, Jessica and Janelle Martinez sought to be role models for both American and Latin teenage girls by being confident and fearless as a “chilosa”.

After an album release, the girls disappeared from the spotlight, only to reemerge with different paths in life. So, what happened to Prima J? 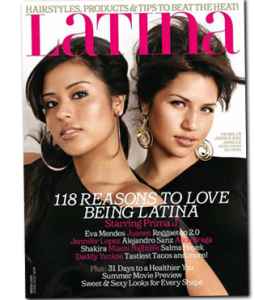 Coming from musically-inclined families, the pair were encouraged to cultivate their talents in the same field at an early age by their incredibly supportive parents.  At the tender age of four they always performed their own cheerleading and dance numbers during the halftime of the weekly Dallas Cowboys football games in front of their large families. As they grew up they let their skills in singing and dancing shine at carnivals, cheerleading, dance competitions, fairs, and talent shows.

The pair cited their influences being Aaliyah, Gwen Stefani, Janet Jackson, Paula Abdul, and TLC, plus inspired by the on-stage performances of the Black Eyed Peas and the Spice Girls. Deciding that they needed a name, the two came up with Prima J as their stage name. Prima was the Spanish word for cousin while the J was derived from the first letter of their names.

Their rise to fame started when Jessica stumbled upon talent manager Bruce Johnson listening to a song she wrote and recorded. On April 04, 2006, the girls were referred by Jorge Hernandez, another talent manager, to Stefanie Ridel, a former member of the all female band Wild Orchid. Stefanie helped develop the girls’ stage acts and was impressed by their talent that she brought them to Ron Fair, a veteran artists and repertoire (A&R) executive who helped the big names in the industry reach stardom such as Ashlee Simpson, Christina Aguilera, the Black Eyed Peas, Wild Orchid to name a few.

Signed to Geffen Records, Prima J debuted in 2007 starting with the song “Gotta Lotta” as part of the soundtrack of the Disney Channel television film “Jump In!”. On July 31, 2007, the girls released their debut single, “Rock Star”, the bouncy lead track of the Bratz: Motion Picture Soundtrack album.  The girls also had a cameo on Bratz as auditionees for the school’s talent show. The song gathered 20 million views online, 166,000 song downloads, 30,000 ringtone downloads, and stayed at the Billboard Pop 100 at number 93 for one week.

On April 2008, the girls starred in the reality television show Prima J: Inside Out, as shown in the Latino community cable network Mun2. The show followed the two in their journey towards stardom, showing details such as their very supportive families, their practice for their appearance in the music video of the Baby Bash song “What Is It”, and other behind the scenes footage leading up to the release of their debut album. Also on the same month Prima J performed in the 19th AT&T Fiesta Broadway in Los Angeles, and two weeks later in KIIS FM’s Wango Tango festival. 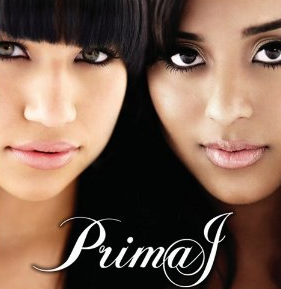 Their massive impact on the Latin-American community was undeniable that they were the first ever to be featured on the cover of the June 2008 issue of Latina magazine even without having released a record. As additional marketing for the upcoming album, the duo’s management sought to trademark the word “chilosa”, meaning a girl next door who is classy, feisty, fun, and sassy. California-based talent agency Creative Artists Agency (CAA) pitched the idea of creating merchandise based on Prima J such as a clothing line, cosmetics, fan merchandise, and sleepwear.

Released on June 17, 2008, their eponymous debut album contained 13 songs that are a delicate mix of hip-hop, pop, and R&B. The album also saw a Spanglish version slated for a future release. Their lyrics dealt with real life problems and obstacles that make it relatable to the audience. Songs like “Leftovers” talked about a girl who offered her ex-boyfriends to another girl, and the bilingual “Corazon” assured comfort and love. Their Spanish cover of “No One” by Alicia Keys was also included in the album entitled “Nadie”, and their debut single “Rock Star” from Bratz.

On September 12, 2008, Prima J performed “Boom” in the Puyallup Fair in Washington.

Their single “Corazon” sat on number 71 at the Billboard Pop 100 Airplay and number 97 on Pop 100.  “Nadie” successfully reached the number one spot on Billboard Dance Singles Chart.

Prima J appeared in the direct-to-DVD teen comedy film Bring It On: Fight to the Finish, released on September 01, 2009. The pair seemingly dropped off the radar after that cameo, with not even any mention of a new album nor a single. Fans came up with speculations like they were told by their families to take a break from making music, to a supposed announcement on Myspace about an upcoming second album entitled Sophomore. 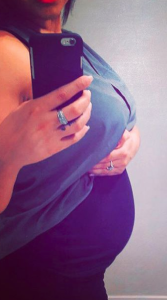 Jessica teaches dance lessons at the Jayvee Dance Center in Alhambra, California, with videos of some of her classes posted on Instagram.

Janelle pursued a solo career with the stage name Primanelle with new songs released like “Wild Thing”, “GLAMlife”, and “Left You For Dead”. She is active on her social media accounts, and recently she posted a picture on Facebook and Instagram that showed her baby bump being 14 weeks pregnant.