What Happened to Quizilla – New Updates for 2018 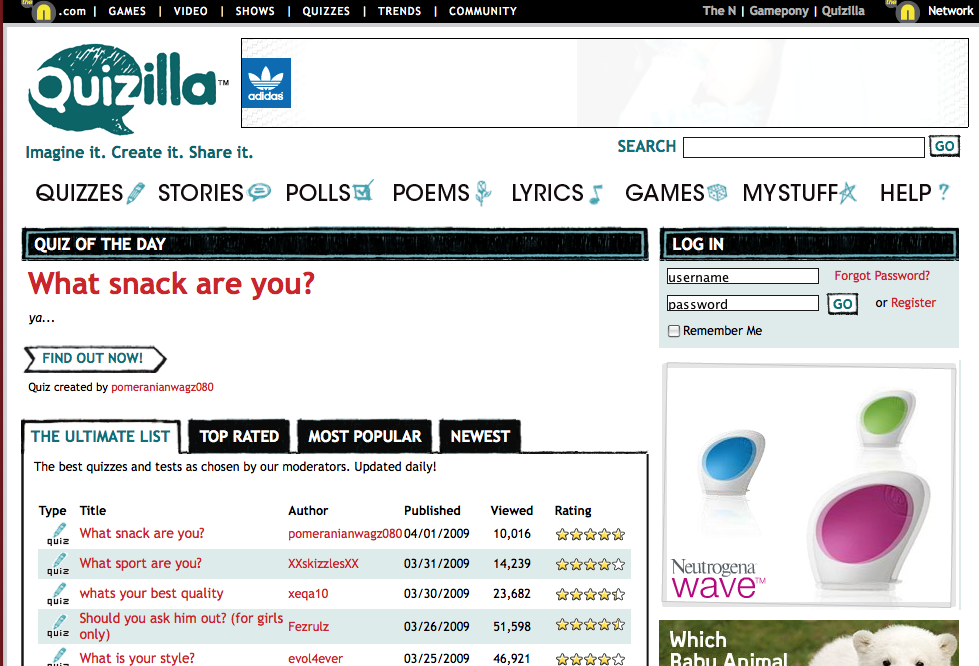 The internet is an ever growing expanse with no end or peak in sight. Since its conception and mass modernization, the internet has given way to numerous websites that have garnered a massive cult following from the self proclaimed “front page of the internet” Reddit to the blogging site galore that is Tumblr; and these two websites are just two of millions. For everyone well known website there are thousands and thousands of websites that are still popular but remain hidden to the eye of the general populus.

Quite recently our society has heavily been focused on the use of various social medias such as Twitter and Instagram as we try to gain more followers and convey our own personal beliefs and stances through the 140 character limit of Twitter and a picture on Instagram. However despite the immense popularity Twitter, Instagram, and the various other social media websites garner, their success has been rather newfound. Yes if you ask anyone right now in 2015 to name a popular website or web application, one of those social media applications will surely be named; but that is if you ask someone in 2015. While it may seem like forever, social media websites didn’t make their mark until around 2010. This is where the success of social media skyrocketed.

If social media actively garnered immense success from around 2010 to the present day, what captivated the masses through the use of the constantly evolving internet prior. What had originally been regarded as popular and standard internet websites have seemed to take a seat on the back burner to the ever growing forms of social media. The websites that have taken the backseat are forum/online journal type websites. OG sites like 4Chan and even Reddit have somewhat been regarded as old news despite their large user numbers. However the number of people who use those style of websites are those who were growing up when the internet was just starting out. For those who were growing up in the early 2000s, the forum sites were the place to be. Being able to write whatever you want and express your views, likes, dislikes, etc… was all the rage. Thus the immense support and success of Quizilla.

For those who don’t know what Quizilla was, it was one of the larger websites during the growth of the internet created on August 4, 2002 by Matthew Nielsen. The whole site was largely user generated as users would create “quizzes”; these “quizzes” were really just chapters of fan fiction. Fan fiction is fiction written by a fan of, and featuring characters from, a particular TV series, movie, etc. An example of fan fiction would be a story of someone going to school at Hogwarts where they dated the infamous Draco Malfoy. The stories could then be customized by adding various layouts. The massive amount of fan fictions and stories that were being added resulted in the website creators adding a designated stories section; that was still not used. With the immense number of stories being added daily resulted in an online library of fan fictions to suite everyone’s needs; with the immense amount of stories coming in, the site added a “tag” feature allowing users to label their content and filter content based on their desired “tag”. 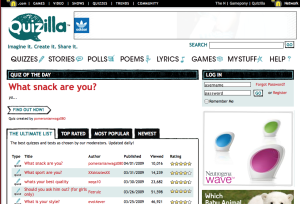 With a rapidly growing member base, in 2005/2006 the website underwent some changes per request of the users. One major change was the addition of two new sections for content; poems and lyrics. These two sections were greatly wanted by many users. In January of 2006 “themes”, sets of fonts, backgrounds, etc… could be applied to content created by users. In April of the same year, message boards were added after many requests.

It is after this somewhat golden age of Quizilla that the site had begun its unfortunate downfall. Quizilla had been gaining momentum and garnered the interest of Viacom’s MTV Networks. On October 16, 2006 MTV Networks, mainly Teen Nick, announced that they had bought Quizilla for an undisclosed sum of money. Following this new ownership, the site had underwent massive changes that greatly affected the user base. The monumental change that steered a large portion of the user base away was the change in structure. Originally Quizilla was a free writing site where users could write whatever they want; that was no longer the case. Following the new ownership, Teen Nick made Quizillia a PG rated site. This resulted in many uploads and various stories being removed from the website as they did not meet the PG rating thus the people who created the now removed stories left the website with disinterest and distaste for what was once their favorite website.

In addition to the removal of non PG rated, in 2010 the whole Quizilla community was sent into a flurry of panic as everything created prior to 2010 had been deleted in addition to the link to Quizilla leading to just a blank screen; this lasted for about two weeks. In addition to the sudden change of website policy, what turned people away was the age of the users. Many people who had grown up using Quizilla had done just that; grew up. With a massive amount of the core users now in college, many didn’t have time to keep up with the slowly dying website. Unable to avidly contribute, Quizilla lost a large amount of their user base. It was finally announced in September of 2014 that Quizilla would be shutdown on October 1st, 2014. 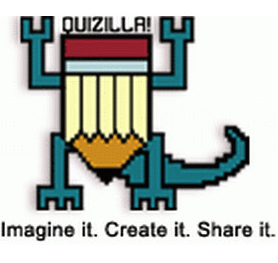 What was once a greatly beloved website, Quizilla met a slow and painful downfall following the change in ownership. After the sudden change in website policy, the deletion of many stories created a disinterest and heavy distaste for the new ownership. From the now PG rating to the, what seemed, constant downtime and lack of uploads which was created by the user base of Quizilla growing up. Many users of Quizilla had foreseen the end of Quizilla once the ownership had changed but the life of Quizilla lasted a little longer than what most people expected.