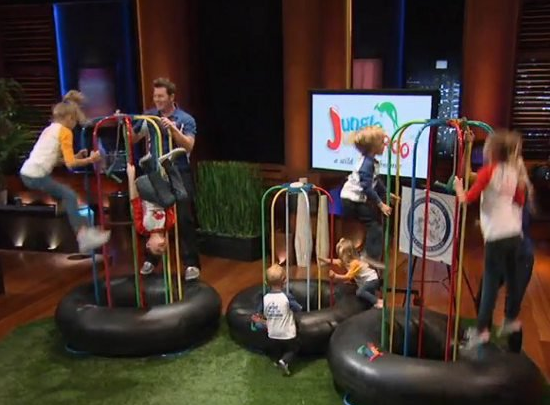 Rachel and Steve McMurtrey, a married duo from Utah, tried to strike a deal with five self-made billionaires on the hit ABC television series, Shark Tank, during the fifth episode of the sixth season. The couple promised their product was going to be the “next big thing” in toys, offering a safer alternative to the ever popular trampoline. 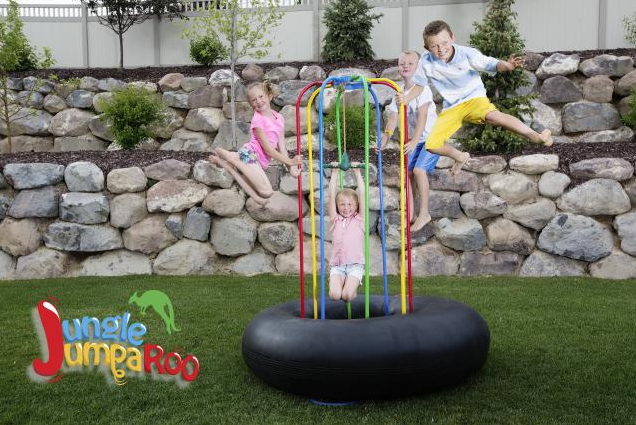 Rachel and Steve McMurtery tried to lure the sharks into their vision of a “better way to bounce,” seeking $100k for a %20 stake in their company. The couple shared with the sharks how the original Jungle Jumparoo was constructed by a farmer in Rachel’s hometown who sold different versions of the jump, swing, climb toy to various local schools and families. Rachel describes the toy as a very popular product amongst kids in her neighborhood, who ultimately wanted to purchase a similar product for their own kids. When she and her husband reached out to the farmer who had originally created the product, they learned that he had passed away and decided to take on the endeavor themselves.

The couple focused on the strengths of their product throughout their pitch to the five sharks. A major plus for the sharks was that the company claimed to be debt free, spending 144,000 dollars of their own cash to start the business. Another plus, was that Rachel and Steve were currently investing all of their time into the company and did not split their time with another form of employment. The couple gushed about how many positive reviews they have had in regards to the jungle gym toy. At the time of the episode two different sizes were available for purchase (small, $249, and large, $399) and they emphasized how either size was perfect for all seasons due to the fact that the jungle gym could be located both inside or outside. They also suggested that the Jumparoo is a much safer alternative to standard trampolines and that they had zero claims of accidents regarding the Jungle Jumparoo over their 12 months of operation.

The sharks were eager to hear the numbers. Rachel and Steve shared that their current sales included online and a “road show” at different Sam’s Club’s across the country. In total they figured to have sold 1,200 units. Ofcourse, Lori Greiner asked about patents and the couple said they currently had a provisional patent with utility and design patents pending. Rachel and Steve stated the main reason they need a shark is to help them ramp up manufacturing and creating connections in the toy industry.

Unfortunately for Rachel and Steve none of the sharks were interested in pursuing a deal. Lori Greiner was unable to see the “big picture” and brought up multiple concerns regarding product size. Mark Cuban thought that it was only a matter of time before kids would get hurt and didn’t want to deal with liability issues. Robert Herjavec decided he was out early on claiming he “did not believe in the product.” Mr. Wonderful decided he too was not interested. Damon figured the finances did not

Steve ended the pitch stating, “I am a fighter and I’m not going to give up.” 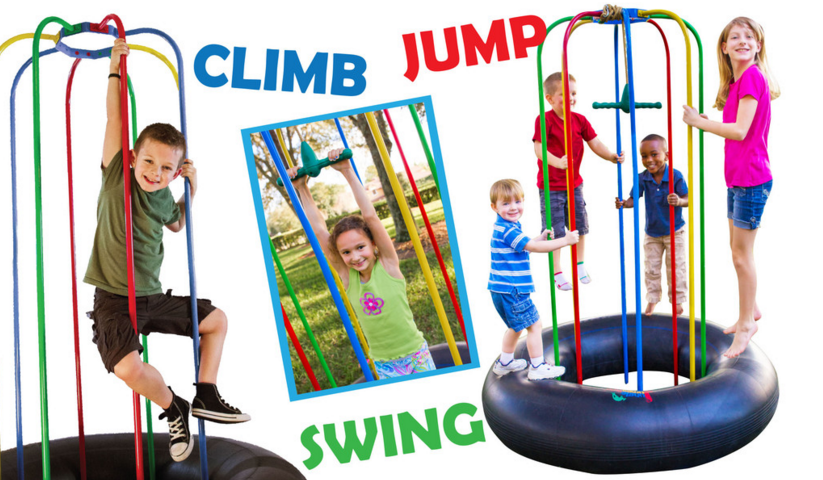 Jungle Jumparoo appears to still be going strong since their debut on Shark Tank, despite not striking a deal with any of the sharks. Based on their website they currently still sell both a small and large version of the Jungle Jumparoo at the same price point. However, in addition to the jungle gyms, they provide several different apparel options as well as additions, including: a rope swing, sprinkler system, tube covers and pit balls. The Jungle Jumparoo web page provides 117 customer reviews with an average of 5/5 stars.

Rachel and Steve claim their time on Shark Tank was great exposure for their brand that led to a large increase in sales.  They claim they have had to triple their work force as well as increase the size of their warehouse with added show rooms and offices. The couple shared that their vision for the company includes expanding to small family businesses all the way to big-box stores nationwide. They are looking forward to new distribution partnerships and helping kids everywhere experience the “better way to bounce.” The company’s Facebook page looks like a great resource for customers to ask questions and receive feedback regarding their purchase.

The Jungle Jumparoo can now also be purchased on Amazon. With 33 reviews and a rating of 4.4/5 stars, many of the customers have found the Jungle Jumparoo to provide quality fun for their kids. Much of the criticism within the reviews was in regards to the toy’s durability. Some consumers wrote how they felt the jungle gym was made cheaply and fell apart after awhile. The other most noted criticism was parents who noted having safety concerns while their children used the Jungle Jumparoo.