The city-building genre is a bustling metropolis of games that vary yet have the same flavor of creating and maintaining a thriving settlement. Banished is an addition to this population and has been described as a fun game… yet very harsh.

If you are not familiar with that game, Banished puts you in control of a group of citizens as they establish a settlement. Resources are gathered and must be carefully managed, along with the population, to avoid dying of starvation especially when winter comes.

If you have been playing Banished for quite some time and you are on the lookout for other games like it then read on: 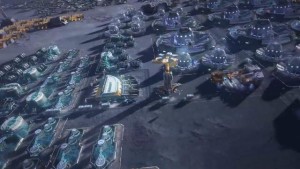 The latest installment of the Anno series was released in November 2015 and it feels like playing three city-building games in one sitting. In Anno 2205 players will have to manage three regions namely arctic, temperate, and lunar at the same time. The temperate region is where you will build homes and farms while mining for minerals and generating power. Later on you will expand to the arctic region in order to harvest the rare resources which are essential for the journey to the stars. There are some elements of real-time strategy thrown into the mix as you get to control ships in combat missions. The game boasts eye-popping visuals that put a toll on the graphics card, from the towering structures to the flying cars that glide along the streets.  Unfortunately there is not much variety when it comes to the aesthetics of the buildings. Anno 2205’s greatest strengths come from the management of the three regions and how they will be synergistic in the late-game. However the glaring negatives of the game include a flat campaign story and the lack of an endgame goal. You’ll just be watching your profits soar as you try your best to sate the appetites of your citizens. 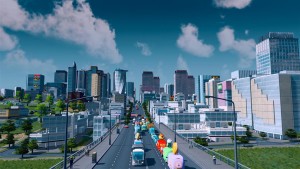 Cities: Skylines was released in March 2015 and one might mistake it for a SimCity imitation upon first glance. Make no mistake as this game surpasses the latter in many ways. Cities lets players start off small until the city expands up to a whopping 36 square kilometers. Creating roads and zoning are easily handled with their respective tools. The inhabitants are extremely detailed with their own individual routines and lifespan. Managing mass transit and traffic feels like a puzzle where the pieces should be placed carefully to ensure efficiency. And speaking of traffic, the vehicles that roam around the streets are not just there for aesthetics but they all actually have their own unique purposes. It sure feels great to watch your miniature ant farm as they go along with their tasks for the day. There is also modding support that provides a slew of new content to play with. One thing it lacks that SimCity has is the disasters. There are no earthquakes or rampaging monsters that will test your city and the fires that consume buildings feel very underwhelming as they don’t even spread to neighboring structures. Crime is also easily solvable with the placement of a few police stations. The game also does not tell the player clearly what is wrong with the city. You might be scratching your head in confusion as you’ve already provided what was needed yet the problem still persists.

Cities is a great city-building game that fulfills the cravings of a creative and imaginative mind even though it lacks the surprise of disasters and requires much reading from online communities to fully understand the ins and outs of city management. 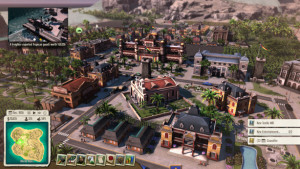 The Tropico series puts players in the boots of the dictator El Presidente to oversee the management of an island republic while staying in power. The game can be easily described as more of handling an entire country instead of building and managing just one city.

Its latest installment was released in May 2014 and adds many new features such as progression through eras and multiplayer support. Players start from the Colonial era and work their way up through the two World Wars and the Cold War until the modern times. Each of these eras provides different challenges that test your economy and opposing factions who will need your exports. You can develop your island with a focus on industry, tourism, or a little bit of both. Residents have to be appeased or else they might not vote for you or join a rebel faction and try to oust you. If they so choose to not vote for you then you can always rig the elections or even use military might to stay in power. Assassinations of certain figures are also an option.

The multiplayer aspect allows you to play with three other friends in one island and battle each other for points. However the AI handling military units is wonky at best and the game does not let you control troops.

Despite some of its shortcomings Tropico 5 offers a breath of fresh air from the usual formula of city building games. Bright visuals, Latino music, and some good amounts of humor accompany your iron-fisted rule of the island. 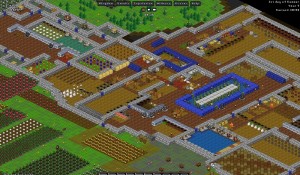 Gnomoria is what comes out when you mix Dwarf Fortress and Minecraft. In this game you are tasked with ensuring the survival of a group of gnomes by building a settlement until it becomes a huge kingdom, or do whatever you want to do with them. Each gnome has a name with individual attributes and skills. They are given purpose through professions and thrive through your micromanaging skills. As the game progresses there are external factors that come into play like disasters or invading enemy goblins, not to mention the need to tend to the hunger and thirst levels of your gnomes. Natural resources are gathered and used as ingredients for crafting weapons, furniture, and many other items. Farming is of course present along with animal husbandry for raw materials. The sandbox element of this game allows you to freely construct structures out of every imaginable shape. Everything is presented in adorable and colorful pixilated visuals

Playing this game for the first time may warrant multiple sessions and thorough visits in the wiki site before you finally learn the ropes. Don’t let the steep learning curve turn you off; Gnomoria is a complex yet fun game that is totally worth your while. 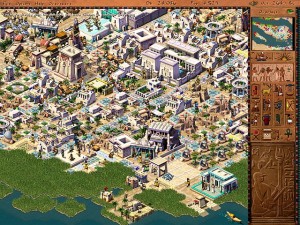 It may be old but Pharaoh provides a very addicting city-building experience. The game was released in October 1999 while its expansion, Cleopatra, followed one year later. A typical game starts with the placement of housing and industry units until immigrants arrive and populate your city. Proper placement of structures is integral as these spawn walking units that provide their services to the homes they pass by. Food is produced by hunting, fishing, and farming, with the latter relying on annual inundation. The homes of citizens will evolve as their needs are met, from dirt shanties into elaborate mansions with swimming pools, and of course their appetites become more difficult to sate. Religion plays a very important role in this game. Build temples and hold festivals to keep the gods happy, neglect them and experience their wrath through curses.

The in-game currency “deben” is crucial as it is needed to construct buildings and to pay the annual tribute to the Pharaoh. Continuously failing to comply with your yearly duties to the big man will end up with him sending a huge (and unbeatable) army to raze your city to the ground. Maintaining income is done through mining gold or trading with other nearby cities. There is also a small bit of real-time strategy as you have some control over your military units to defend your city from land and sea invaders.

Pharaoh has a long and historically-accurate campaign that starts from the Predynastic Period where you are tasked in establishing the first ever Egyptian village, up to the final battle between Cleopatra and Mark Antony versus Octavian. There’s also a mission in the expansion pack where you will be experiencing first-hand the plagues let loose by God during the time of Moses. There are skirmish maps to try once you are done with the campaign along with a powerful map editor.

If you are not put off by its aged graphics then give Pharaoh a shot. It is truly a gem in the city-building genre.

Have you played these games? Have you tried other games like Banished? Let us know in the comments below.