Best Games Like Dark Souls in 2018 -The Top Alternatives 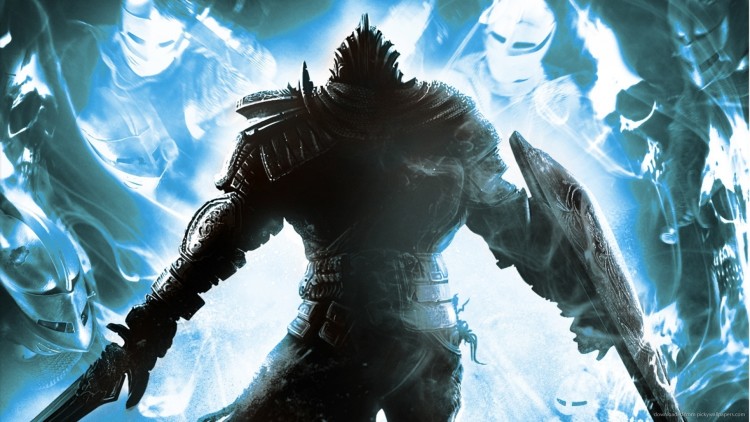 This game is amazing. It is also one of the most difficult games I have ever played. At its core Dark Souls is simply a third person action RPG, not unlike Nintendo’s Zelda games. You explore, level up, kill enemies and loot corpses. So far so hum drum. Where it differs from many others in its genre is its unforgiving, but fair, combat. Each and every hit you deal out does tremendous damage, but so too does every hit you receive. A single blow from a low level enemy, no matter what level you are, can be fatal. You must rely on your spacing and footwork to survive.

It is that very combat that has made Dark Souls an extremely popular series. Combined with some excellent world building, an almost survival horror atmosphere and some stellar graphics Dark Souls is a hard game to compete with. But a few do. So if you’re looking for a few games in the vein of Dark Souls read on. 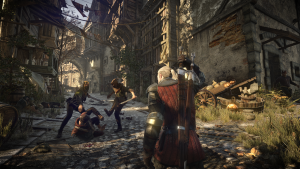 The last in CD Projekt Red’s Witcher series is quite possibly the best. They were able to remove all of the issues that The Witcher 2 had, sub par combat and an odd segmented world. What we’re left with is a fully realized, fully open world to explore. If you have four hundred hours to spare then consider picking up the whole series from the beginning, as like Mass Effect your choices carry over from the previous games, creating a more personal journey. The combat has the same focus on powerful strikes and deft footwork as Dark Souls. While it is much more forgiving, a misstep can still spell trouble for Geralt. It’s world is a lot more explicitly defined than Dark Souls’ sparse and underpopulated husk of a land, but it is no less engaging for it. Pick this up if you’re looking for a huge RPG to sink your teeth into. 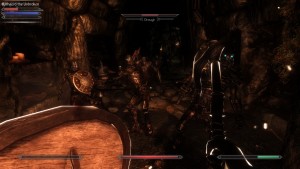 Skyrim is a western RPG through and through. While Dark Souls takes its visual design from western myths, it is still at its core a Japanese game. But anyone who has tried to sneak through a dwemer ruin can tell you that horror, suspense and fear is alive and well in the Elder Scrolls series. The combat is entirely unlike Dark Souls though. Skyrim makes you feel powerful too easily, which is something you have to work to achieve in Dark Souls. The game is still fantastic, but if you game on a console there isn’t much that can be done about the core gameplay. For those of you gaming on a computer though there’s Requiem. This little mod increases the realism in Skyrim’s combat ten fold. You really have to make use of the dodge command, and know where the enemy is moving, if you want to survive. Thankfully the enemy shares your squishyness, assuming they aren’t in the heaviest of armor. If you want a thoroughly enjoyable and unforgiving experience check out Skyrim with the Requiem mod. 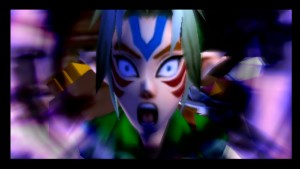 In all honesty any of them would fit here, but I choose Majora’s Mask for one reason. Environmental Story telling. Dark Souls creates a world with very little dialogue. Much of it’s lore is told via it’s environment and Majora’s Mask is the same. Couple that with Majora’s dark, almost macabre themes and you have an excellent alternative, even if it is beneath a veneer of hyper color. The combat is the same lock on and out maneuver your opponent as Dark Souls, and if you want to simulate the difficulty then just don’t pick up any heart containers. While the Zelda series is not known for innovating too much with each iteration, Majora’s Mask is the exception. It’s focus on world building, it’s tight theming and wonderful subversion of expectations make for one of the greatest gaming experiences ever crafted. The game is available on a wide variety of devices, from N64 to Wii U. Emulation also exists. You owe it to yourself to play this one. 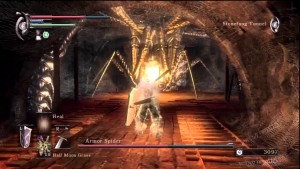 The game that started it all, in the west at least. Demon’s Souls wasn’t even going to be released in North America at all. The game was a PS3 exclusive released only in Japan. But strong import sales and excellent reviews prompted publishing company Atlus to release the game in other markets. And it was lucky they did. Demon’s Souls is a masterpiece. It differs somewhat from Dark Souls in terms of level design, but the core gameplay is the same. You travel the bleak world dispatching monsters and using their souls to buy gear or upgrade your stats. You have a mana meter, which can break the game a little, and you aren’t in a flowing open world. Instead you have a hub zone called the Nexus where by you can visit locations. That same online feature began here too. With other players invading, or their deaths leaving ghostly after images in your game. It creates a sense of constant danger, excellently designed. The only issue I have with it is that it is exclusive to PS3. If you’re looking to see where Dark Souls comes from then pick this up. 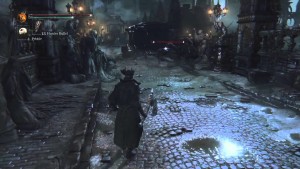 Another exclusive, but this time for PS4, Bloodborne is astounding. Created by the team that worked on Demon’s Souls and the first Dark Souls, it has the same attention to detail that those two titles had, and Dark Souls 2 lacked. The game shares an awful lot with its forebears, a dark and twisted fantasy realm, unforgiving tactical combat and that same punishing difficulty. The world is now Gothic Victorian as opposed to medieval high fantasy, but I cannot get over how much I enjoy this aesthetic.

Where is differs is that their is no really good shields anymore. Where in Dark Souls you can play extra cautious, hiding behind a shield and poking the enemy to death, in Bloodborne you can’t. Instead you have a gun, which can be used to interrupt attacks coming at you. It maintains a higher intensity to its combat than any of the previous Souls games, and I for one think it better for it. The story to Bloodborne is leagues ahead too. While it shares a level of ambiguity with Dark Souls, the way the world is weaved into your very stats is nothing short of genius. I won’t spoil anything, but at a little ways into the game you discover something mind blowing that re-contextualizes every action you have taken. I cannot recommend this game enough, one of the finer releases last year.

So there we are, my top five games like Dark Souls. The list gets progressively more like Dark Souls as you go down it, I realize, but I believe the first three games on the list should still satisfy in their own way. That’s the trouble with this game, there really isn’t anything entirely like it outside of the games developed by From Software. If you have any suggestions feel free to leave a comment.