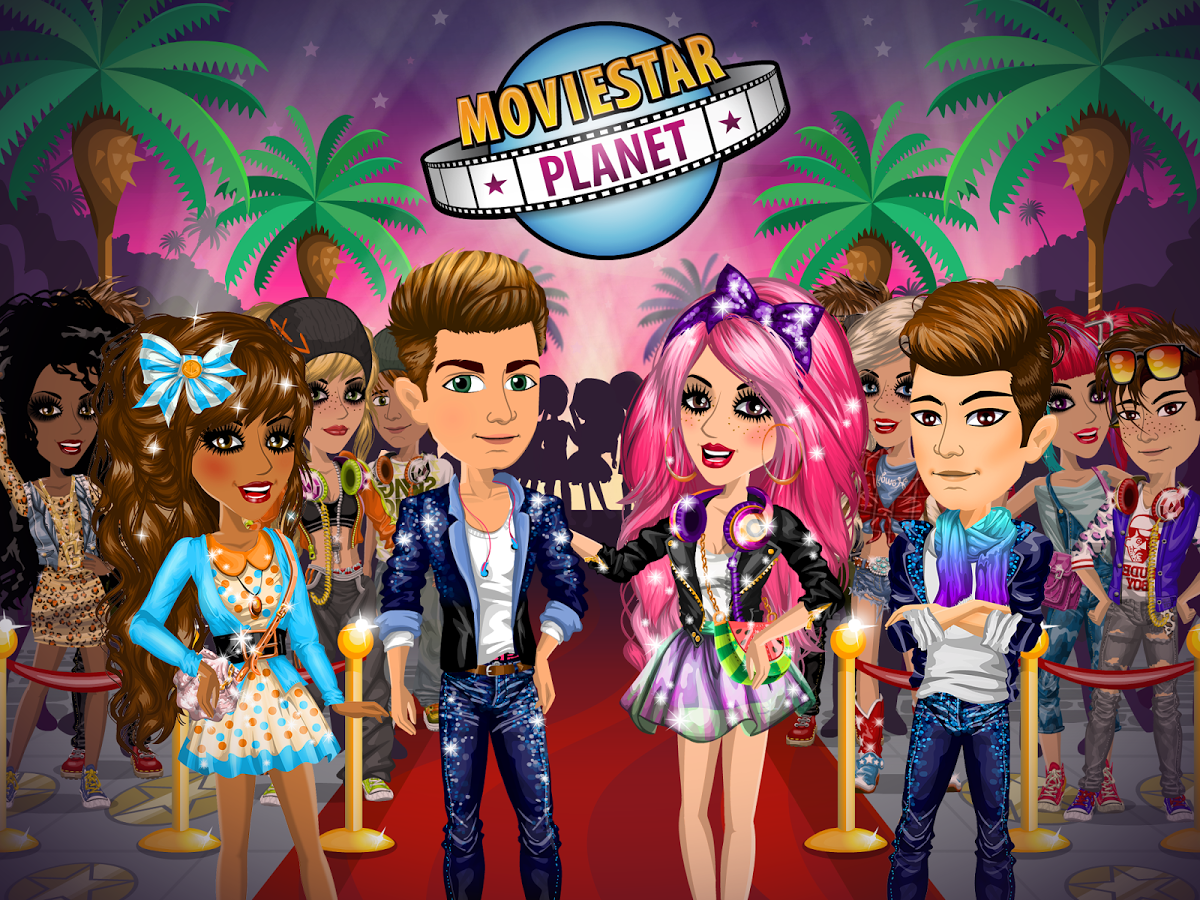 In MovieStarPlanet, players create a celebrity character, who is able to star in movies of the player’s own creation. When the movies are viewed by other users, the player earns currency. This currency can be spent on clothes or furniture, among other things. Players are also able to make money by playing different mini-games and solving puzzles. MovieStarPlanet also allows users to chat with each other, which makes for an interesting online multiplayer experience.

The game sounds like your run-of-the-mill social multiplayer game, but it goes a little deeper than that. The movie making aspect of MovieStarPlanet is very unique, and it allows players to express their creativity in a way that I haven’t ever seen before out of one of these kinds of games. Movies are simple to make, but a quick YouTube search will show you that users will make 30 minute videos in their movie maker. Even though the quality of the films themselves are so-so, you have to admit that that’s kind of impressive.

MovieStarPlanet is also fairly popular, and it has seen several large marketing campaigns over the years. If you currently play this game, and you’re bored with it, you’ll be happy to know that, although MSP is pretty unique, there are quite a few games out there that are similar. Although none of these games let you make movies, they do allow you to make friends while expressing your creativity at the same time. Without further ado, here’s a list of the top five games like MovieStarPlanet in 2017.

You have probably heard of this one. Club Penguin is one of the most popular social multiplayer games out there, and it has held that honor for several years now. In Club Penguin, you create a penguin avatar who waddles around an island. You’re able to play games, make friends, and earn money to customize your penguin and your igloo. They also allow you to complete different secret missions, which play out like point-and-click adventure games. Club Penguin was acquired by Disney a while ago, so you can expect for the game to be updated with new content on a regular basis. 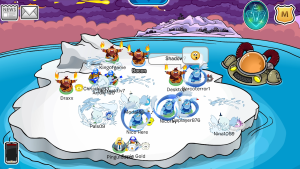 Although you can’t make movies in Club Penguin, a large aspect of the overall gameplay is customizing your igloo. The igloo decorating mechanics have improved over the years, and it’s possible to make some really cool looking igloos, assuming you have the resources and time to do so. Not to mention, it’s really easy to make friends in this game. Club Penguin is very colorful, and places an emphasis on being friendly and courteous to your fellow players.

However, this game is generally aimed a younger audience than MovieStarPlanet. MovieStarPlanet is a game that I think is made with tweens/teens in mind, whereas Club Penguin is for people are younger. (That isn’t to say that an older person couldn’t enjoy Club Penguin, though. It’s a great game.) If you don’t like the idea of hanging out with a younger crowd, you should probably keep reading. If you’re looking for other games like Club Penguin, you should check out another thing that I wrote that covers the top five games like Club Penguin. 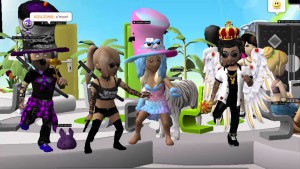 Club Cooee has never attained the same kind of mainstream popularity that Club Penguin has. However, it’s still pretty popular, and you will find that it’s usually pretty busy at most hours of the day. Club Cooee is an international game, which means that you’ll find its user base consists of people all around the world. Allthough it isn’t really “big” here, it’s one of the more popular multiplayer games in countries like Germany and France. In Clue Cooee, you’re able to create characters, customize your room, and meet friends. It doesn’t really do anything revolutionary, but it’s still a solid alternative to MovieStarPlanet.

Like Club Penguin, this game is updated fairly frequently. There are always new features being added, whether that be new animations, new clothing items, or new furniture. Club Cooee has been going strong since 2007, so you don’t have to worry about it suddenly dying out. Unlike MovieStarPlanet, Club Cooee is entirely 3D. In my opinion, it’s one of the best-looking 3D social multiplayer games out there, and the cartoonish nature of the avatars prevent you from drifting into Uncanny Valley territory.

Club Cooee feels really similar to MovieStarPlanet, but it’s not nearly as popular here in the states. You will find a lot of players who live in other countries, but they don’t always speak English. Unlike the other games on this list, Club Cooee doesn’t really have many mini-games or anything, so chatting is what you’ll be spending most of your time doing. This is an issue if you aren’t able to understand what everyone else is saying. However, it still has a loyal (albeit small) American user base, and I think it deserves a nod. 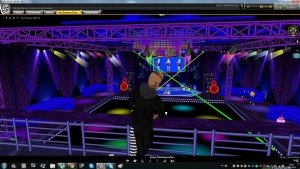 If you have ever browsed the Internet with ads over the course of the last 10 years, you have probably heard of IMVU. IMVU is a wildly popular social multiplayer game where you create an avatar, make friends, and play games. IMVU stands for Instant Messaging Virtual Universe, which means that it’s basically just a chatroom set in a 3D world. You can expect to spend most of your time in IMVU chatting with other people. Unlike Club Cooee, however, there are always plenty of people to talk to, of your own language.

If there’s anything to say about IMVU, it would be that it has some pretty great avatar customization. Personally, I think that the base avatar models look kind of creepy. However, there are so many clothes, hairstyles, accessories and so on, it’s ridiculous. This lets players roleplay or immerse themselves in as many different ways as they would like. Although you can find a lot of machinima-esque IMVU films on YouTube, the game doesn’t actually support its own movie making platform like MovieStarPlanet does. The possibility for creativity is still there, though.

IMVU is kind of like the opposite of Club Penguin. Whereas Club Penguin’s average user trends younger, IMVU’s average user trends older. This means that a lot of the conversation that you find on IMVU will generally be more explicit and less family-friendly than you may hope. If you’re a parent with a child who loves MovieStarPlanet, I personally don’t recommend IMVU. However, if you’re an older gamer who may be tired of the childishness of MovieStarPlanet, this is probably the perfect fit. If you’re interested in other games like IMVU, you should check out ANOTHER thing that I wrote, on the top five games like IMVU. 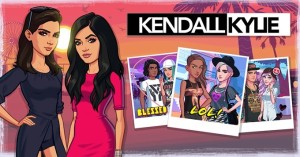 Kendall and Kylie is an app that released fairly recently, and it has been very well-received thus far. In case you’re unfamiliar, Kendall and Kylie is an app that serves as the spiritual successor for the game Kim Kardashian: Hollywood. Kim Kardashian: Hollywood was a really big deal a couple of years ago, and it made a lot of money, along with a bit of cultural impact. Kendall and Kylie takes that game’s original gameplay formula, and they tweak it a little bit to make it even more addictive than its source material.

In Kendall and Kylie, you create a celebrity avatar. It is your job to make your celebrity as famous as possible, by attending public events, dating more popular celebrities, and modeling. Performing these actions plays out like sort of a grind in-game, where you spend energy points and tap things periodically to get points for the job. It isn’t particularly immersive, but I think that the simplicity of the gameplay is part of why the game has become so successful. You also follow a kind of story in the game, where the player makes their own decision choose-your-own-adventure style.

The most glaring difference between this game and MovieStarPlanet would be that Kendall and Kylie isn’t actually a multiplayer game. Although you are able to compare your fame score with friends, you’re not actually able to play with them, let alone chat with others in the same game world. This may be kind of a controversial choice, but I place Kendall and Kylie so highly because, thematically, it’s identical to MovieStarPlanet. The graphics are similar, the concept is similar, and the overall game is similar. If you like MovieStarPlanet, then you probably like the idea of creating a celebrity who is trying to become more famous. That’s the entire basis of Kendall and Kylie, and I highly recommend this game to anyone who feels that way.

Finally, we get to Habbo Hotel. Although it may seem very different at first glance, Habbo Hotel takes the same general concepts that you’ll find in MovieStarPlanet (socializing, creativity, popularity) and puts an interesting spin on it. In this game you play as an inhabitant of a hotel. You’re able to customize your own hotel room, or visit the rooms of others, to party, play games, roleplay, make friends, and so on. Pretty much everything that you’ll interact with in Habbo Hotel is user-created, which is a lot of fun. 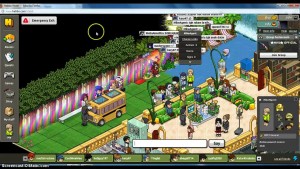 Where MovieStarPlanet rewards players for making movies, Habbo Hotel rewards players for making rooms. You can make simple rooms that can serve as a “house” for your player, or you can make elaborate mazes, create a fast food restaurant, design a base for a military, and much more.  The game gives you a lot of freedom, and they frequently release new furniture for you to use in your designs. These items can be cosmetic, like a new couch, or they can be more technical, allowing you to add new features or wrinkles to the complexity of your design. As your room’s popularity grows, more visitors will flock to it, increasing your Habbo’s popularity. If you don’t like the idea of making rooms, though, you don’t have to. There are thousands of great rooms that have already been made by other users, and they have covered pretty much everything that you can think of.

Habbo is a great match for MovieStarPlanet, too. Although character customization in Habbo isn’t quite as detailed, you will find the same demographic in the user base. You will find the same kind of online culture. You will find the same kind of people to make friends with. In fact, Habbo is even more versatile than MSP, since it has been around for such a long time. You’ll find younger players, older players, and everything in between. The game is really for everyone, despite being marketed primarily towards teenagers. If you’re looking for a game similar to MovieStarPlanet, but is wrapped up in a slightly different theme, I can’t recommend this game enough.