The James Bond video game franchise has been really successful. It took the games a few years to become as popular as the films and one release was the one that changed everything. The James Bond video games made their debut in 1983 but the game that changed everything was obviously 1997’s GoldenEye 007 for the Nintendo 64. That game is a classic and there are still gamers who play to set records on the levels.

GoldenEye 007 followed parts of the film and brought a multiplayer, making it a great game to play with friends. The game was a hit and sold more than eight million copies. It is almost 20 years old but no one has forgotten about how good that game was.

Two years later, Tomorrow Never Dies was released. This game was also based on the film but received mixed reviews and was only released on the PlayStation. The series would return a year later with The World Is Not Enough. The game had different developers for the Nintendo 64 and PlayStation, with the two versions being a success. The following games took a different direction as they were no longer related to the films and featured different storylines.

A new 007 game for the consoles was released in 2001, the title brought an original storyline and did not feature actor Pierce Brosnan, who was James Bond at the time. The game received mixed reviews but did sell close to five million copies, becoming one of the most successful in the video game franchise.

A year later, Nightfire was released. The game was released on the PC, PS2, Xbox and GameCube. The PC version featured a different story and online play. A Game Boy Advance version was released a few months later.

The game series returned in 2004 with Everything or Nothing. The game, released for the Xbox, PS2 and GameCube, now featured the voices and likenesses of many of the characters from the films. The game received good reviews and was later released for the Game Boy Advance.

But that same year, GoldenEye: Rogue Agent was released. The title was a spin-off and did not do well, with many criticizing it for its disappointing storyline. The series continued with a new game in 2005, this time it starred Sean Connery as James Bond once again. It received good reviews but not all was perfect in the video game series.

A Casino Royale game was cancelled in 2006 because the game developer, EA, was not going to have it ready by the film’s release. EA then decided to move away from the video game franchise to focus on other games. Activision then acquired the rights to develop the next James Bond games. The first was Quantum of Solace, which was released on many systems but mostly received mixed reviews. 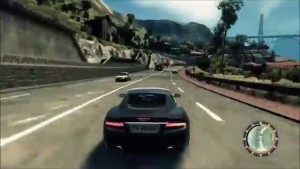 In 2012, Activision announced 007 Legends, which included a number of storylines. The game did not receive good reviews and it was the last for the video game franchise. A few months later, Activision announced that it would be backing away from licensed games, but the statement never confirmed if they were actually done with James Bond titles.

Since the latest release, other game developers have expressed interest in making the next James Bond game. But no other games have been announced. The series has made appearances on smartphones and tablets, with a strategic game called World of Espionage.

A new game has not been announced but it wouldn’t be surprising to see one soon. The video game franchise has had great games in the past and with the success of the most recent films, it could work again. The last game was not a hit but a new one could be a success if they bring back some of the features that made past games great. Titles like GoldenEye 007, Nightfire and Everything or Nothing had great multiplayer, with Nightfire featuring online play for the PC version. It won’t be easy with all the competition, but fans remember the fun they had with past titles and would probably play a new one.