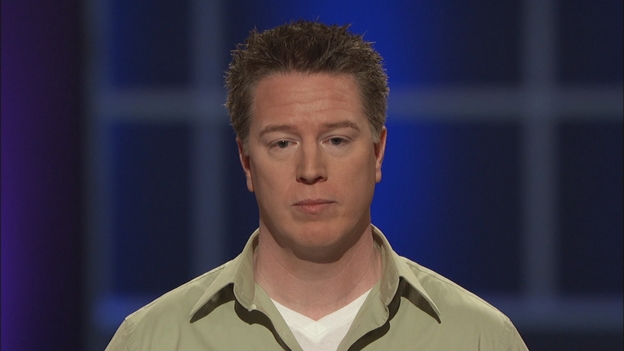 Roger Sullivan spent his early years working hard and developing a love of business. An early role as an Amway distributor helped fuel a desire to work for himself. This was followed by a career that ultimately culminated in a position as a business and corporate sales rep.

A fairly successful future was his for the taking, but Roger still dreamed of running his own business. He and his wife made the decision to give up their respective careers and opened an espresso shop in Bothel, Washington. All went well for two years until problems with the lease forced the business to close, and the Sullivans took a hit, both to their morale and financially.

In 2008 Roger started another business, distributing supplies to other espresso businesses in the area. Things again went well initially, until businesses everywhere began to tighten their belts in the wake of the economic downturn. Roger, undaunted, turned his mind to waffles instead, almost opening a waffle shop before he had a eureka moment. By combining his recent interest in Waffles with his long experience in the caffeine delivery industry, he began to experiment on the Waffle Mk1.

A period of experimentation followed, as Roger learned by trial and error the correct blend and ratio of ingredients to make the Waffles into a delicious snack, as well as a caffeine enhanced one. Eventually the Waffle Mk2 was born, with an improved taste and enhanced consistency. A test run of 10,000 units led to the Wired Waffles product finally becoming available to the public in October 2011. Roger began wholesaling to coffee shops locally, but a problem with manufacturing led to Roger changing the recipe yet again, along with his manufacturer.

Wired Waffles, the finished and perfected product began production in June of 2012. This final version of the waffle was gluten-free, more moist, sweeter and tastier. Only a few months later, Roger applied to enter the Shark Tank, and he appeared on the show in October of that year.

Roger was looking for a $75,000 investment in exchange for a 25% stake in his business. He pitched his vision to the sharks with a fast-paced delivery, emphasizing the appeal of an energy drink with a snack included, both delicious and functional. Catering to the 18-35 age group he was full of confidence in the sales potential of the product.

Looking decidedly skeptical, the sharks were swiftly handed samples of the Wired Waffles by Roger, who was perhaps hoping the caffeine could help him drum up some enthusiasm. The face that Robert Herjavec made in response to an inquiring glance from Lori Greiner was a quick indication that the samples hadn’t sweetened the sharks up. I laughed when I saw it, and so did Lori, but its unlikely that Roger did.

He barely let the taste hit the back of the sharks throats before he awkwardly asked ‘So who wants to shake on a deal and make some money?’. For a moment the silence lingered as the sharks digested this, along with the remains of the waffles. They didn’t look impressed by either.

Daymond asked to see the packaging, he wanted to see the ingredients. As Roger took some packaged waffles over to the sharks Robert Herjavec asked if Roger put anything on the waffles, before Roger could respond, he followed it up with ‘to make them taste better?’. It was a stinging rebuke, but Roger soldiered on, floundering slightly through a poorly prepared defense of the waffles flavor. He had barely finished before Robert went in for another inspired attack, ‘They’re slightly dry, is that part of the flavor?’.

Roger refused to show weakness, he fielded several questions about the shelf-life, ingredients and texture of the waffles, but he looked lost and almost comical when describing the waffles as scone-like. This was but a slight tremble compared to the shaking tremors that Roger would shortly be experiencing however, and there was far worse in store for him.

As soon as caffeine was inevitably mentioned, Lori stepped in, quizzing Roger over the strength of the waffles. She tried to pin down his slightly evasive estimate of how much caffeine the waffles actually contained to a figure. She calculated it to be four or five cups of coffee worth of caffeine per waffle, Roger claimed it was only about three cups.

Kevin O’Leary asked ‘If I ate two of these what would happen?’ Roger stuttered into ‘You’d be excited’ and the sharks lapped it up, particularly Robert who joked it would take much more than that to get Kevin excited.

Mark Cuban moved the discussion forward to the issue of sales, distribution and the successes to date of the Wired Waffle brand, asking Roger for a bit of background to the business.

Roger gave the sharks a quick, yet disjointed run-down of the development process and the early sales. It quickly became clear that the 10,000 unit test run, with the Mk2 Waffle, not the final version, was the only real sales history of the Wired Waffles.

Sales of the latest, improved version had only begun within the last month. When pressed for a total amount of sales, Roger would probably have been better off saying nothing, but instead he was honest, and admitted that recent sales had been an unimpressive $1,000 dollars. This revelation was met by general derision amongst the sharks. It was clear that Roger Sullivan was about to lose his chance, he was looking more tired than wired by this point.

The Sharks on the other hand were just warming up, maybe it was the waffles finally kicking in, or maybe it was just the Sharks being sharks, but Kevin O’Leary went straight for Rogers jugular. In a forthright but destructive analysis of the Waffles business, he explained that he saw the whole business concept as just an idea, any large-scale distributor could copy it and destroy Roger like the ‘cockroach that you are’, is how he phrased it.

Robert Herjavec turned on Kevin after this, declaring himself ‘sick’ of Kevin’s insistence on proprietary value to businesses that he invested in. They began to argue, but Mark Cuban seemed to explode in a quick burst of anger at this point, joining Robert to attack Kevin’s attitude. ‘You don’t know how to run a business, you don’t how to compete, you don’t know how to sell’ he fired at Kevin.

‘I want to make smart investments, not stupid ones Mark’, Kevin countered calmly, refusing to budge on his position.

The subject of caffeine reared its head again, and Lori asked how Roger would stop children from buying the waffles. Roger didn’t answer as well as he could have. Even though his target demographic was the 18-35 year old energy drink market, he freely admitted that kids drank energy drinks, also admitting that his own kids drank energy drinks. Poor Roger was under a lot of pressure, but with foresight, he made an important tactical error here. Rogers ‘kids’ were actually aged from 16 to 22. The impression he left was of much younger children.

Lori described the waffles as a ‘liability nightmare’, expressing severe doubts about the future of the business, and the ethics of a sweet, caffeine-laden product that would be attractive to children. She dropped out of the negotiations at this point.

When asked by Daymond about the popularity of cold waffles, Roger suddenly announced that the waffle was designed to be best when heated up, which was news to all the sharks. Kevin pointed out that the packaging said nothing about heating the waffles up. Roger looked lost, completely out of answers.

Daymond was very unimpressed with the Wired Waffles, and the whole concept behind the business. He’d looked uninterested in the product throughout the presentation and he dropped out too, wishing Roger luck.

Robert followed Daymond with another rejection. He was a lot kinder now to the defeated looking Roger, expressing admiration for the creation of a new caffeine related product, and seeing potential in the market, but clearly of the view that Wired Waffles were unlikely to succeed.

Mark Cuban expressed his doubts that the sales for Wired Waffles would ever be good, Roger continued to attempt to salvage a deal. By now it was far too late, Mark had made his mind up, finally admitting to Roger that he just didn’t like the product. He dropped out too, leaving Kevin O’Leary as the only remaining shark.

Kevin O’Leary didn’t sugar coat Rogers final bitter pill too much. He destroyed the business model as fundamentally flawed and highly unlikely to succeed, pointed out the lack of proprietary value to the product and finally gave Roger the unblemished truth about Wired Waffles. They didn’t taste good, none of the sharks had liked them. That’s the cold hard truth, he asserted, and he was right. Kevin may have been brutal, but he was also brutally honest.

Sadly for Roger Sullivan, but not really surprisingly, his vision of a sweet Caffeine infused waffle doesn’t seem to have taken off since his appearance on the Shark Tank. Although he announced that he had attracted a small investor for 5% of his business after the show, which would fund the selling of the waffles on Amazon. In Mid 2013 it was reported that Roger was claiming $30,000 worth of sales but Wired Waffles don’t seem to be available online any more.

The Wired Waffles website has long since closed and although the product is mentioned in various blogs and caffeine appreciation sites, all roads of enquiry lead back to an expired Amazon page, or the former website domain.

The potential in the caffeine-products market spotted by Robert Herjavec, has been jumped on by other companies now, a caffeine-based peanut butter was added to a growing list of other similarly energized foods in October 2015. However, the market still faces controversy and fears over negative health effects. The FDA have forced several caffeine infused foodstuffs off the market since Wired Waffles appeared on the shark tank, and a spokesman for the FDA called the increase in similar products ‘a dangerous trend’.

Rogers most inspirational words on his attitude are from an interview he gave after the show, where he urged other entrepreneurs to never give up and always keep trying. I hope he lives by his own words, and perhaps one day we’ll see Roger again. But he might find it best to cut down on the waffles.