What Happened to Patton Oswalt – What He’s Doing Now 2018 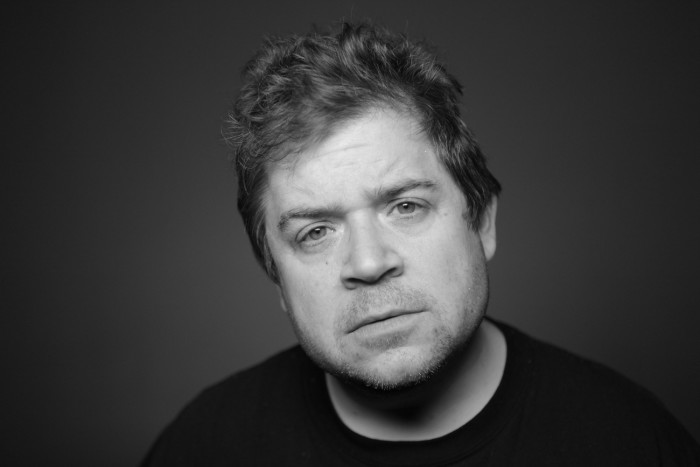 Patton Oswalt has had a long career behind the camera. He has been appearing regularly for nearly thirty years and every time I see him I know I’m in for a treat. With his ability to play the buffoon matched only by his talent for playing the straight man, Patton has some real comedy chops. So it’s sad that when he shows up in things my first response is usually “Hey! It’s that guy!”. 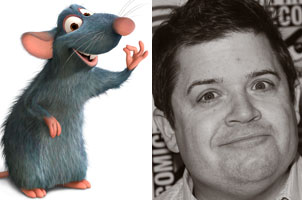 Patton Oswalt was born on January 27th, 1968 in Portsmouth, Virginia. His parents are Larry J and Carla Oswalt. His father is a career officer in the Marine Corp, and as a result Patton, named for the General, moved around a lot as a kid. The life of an military brat is a hard one, with no real roots to call your own, but in this case his family did eventually settle down, in Sterling Virginia. He has a brother, Matt Oswalt, who writes for the YouTube comedy show “Puddin'”. Oswalt attended the College of William and Mary, where he graduated with a degree in English. He also joined a Fraternity, the Phi Kappa Taus.

He first performed standup in the early nineties, covering topics as disparate as comic books and religion. He toured the country with his successful act before taking on television roles. In 1994 he appeared in the critically acclaimed comedy “Seinfeld” for a season six episode. The following year he both acted in and wrote for “MADtv, the sketch comedy show inspired by MAD magazine. His nineties TV credits include a wide variety of cult and mainstream sitcoms and comedy shows. He appeared in “NewsRadio”, “Mr Show”, “The Weird Al Show” and many others.

In 1998 he starred in his most enduring role, that of Spencer Olchin in “King of Queens”. The show ran for nine years, and while it was never a critical success, it did receive steady ratings throughout its run. The increased profile brought on no doubt as a result of his role on “King of Queens” allowed Patton Oswalt to expand his repertoire a little. He managed to get a few film roles from 1999 onwards. Early roles were little more than bit parts, “Man on the Moon”, “Magnolia”, but it wasn’t long before he was starring. His first major picture in a starring role was 2007’s “Ratatouille”.

“Ratatouille” was a financial and critical success. The issue with the film is, as it is animated, it didn’t increase Patton’s visibility. He was famous, but still a little unknown. His subsequent films did little to remedy this. In 2009 he starred in the critically acclaimed comedy drama “Big Fan”. His films in the last few years have had a lower profile, with a few uncredited roles here and there. His television career on the other hand has been booming. It’s his television roles that come to mind for me when I think of Patton Oswalt. He’s been in “Community”, “Venture Bros”, “Dollhouse”, if it’s niche and clever, then he’s been in it. 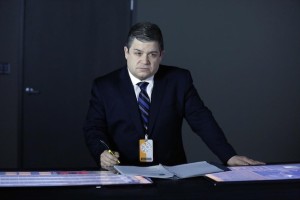 His most prominent latter day role has to be his hilarious portrayal of the Koenig brothers on “Agents of S.H.I.E.L.D.”. It is currently unknown how many of them there are, and one of them is certainly dead. He somehow manages to provide excellent comic relief, in a show where many characters are hilarious, and be something of a bad ass. A difficult combination to play.

What is Patton Oswalt Doing Now in 2017?

Patton Oswalt married Michelle McNamara on the 24th of September 2005. They have one child together, a girl. Sadly, on the 21st of April 2016 Michelle McNamara died in her sleep. The cause of death is currently unknown.

Last year we saw Patton in everything, most notably “Veep”, the US version of “The Thick of It”. Hilarious political satire. This year we have already seen him in “The Confirmation”, a film about a young boy spending the weekend with his alcoholic father, and “Nerdland”, a risque animated film starring Paul Rudd. Later this year he will be appearing in “The Circle”, a thriller starring Emma Watson and Tom Hanks. It is also rumored that Patton Oswalt will be starring alongside Judy Greer in a Fox Network sitcom. Other cast members include Jon Daly.

This year he will continue to appear in The Goldbergs, a sitcom about life in the 80s, Mystery Science Theater 3000, the long awaited revival of the popular riff show and Agents of SHIELD, where is will be playing yet another brother. Given his still recent loss it is inspiring to see the man continue his career, still devote his life to making us all feel better about it.