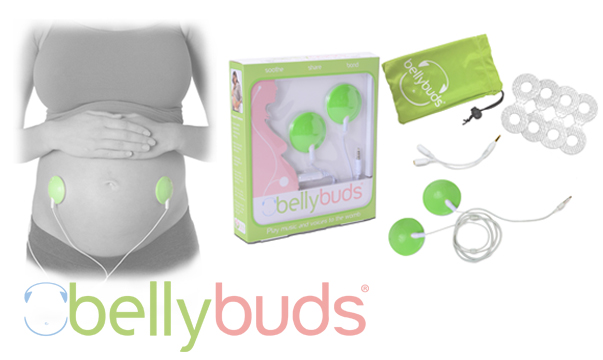 Pre-natal speakers are very popular with moms; the idea is that if you play music to your child, when the child is eventually brought into the world, that same music might comfort them. The same idea applies to language; if you apply pre-natal speakers programmed with an audiobook, your child will supposedly be smarter otherwise. Regardless of your beliefes, the pre-natal speaker market has become big enough to warrant the invention of BellyBuds. Read on more to find out what BellyBuds are, and how it did on Shark Tank…

Bellybuds is an innovative way to communicate with babies before they’re even born.

Curtis and Matt are the founder of Bellybuds, and they are seeking an investment of $500,000 in exchange for 12.5% of their company, and with them they have brought Danielle who is 6 months pregnant. When women are pregnant, sometimes they partake in activities to help the child develop, such as playing music to the baby.  Bellybuds is a baby-bud sound system that gently and discreetly adheres to a woman’s belly and allows her to play music or talking voices directly into the womb for the baby. When Curtis’s wife was pregnant, she used the traditional earbuds that typically come with Apple or iPod products, pressing them to her stomach. However, since those are made for your ears and not your belly, they didn’t work well and Curtis could make them better. Curtis then approached Matt, asking him if he wanted to be his partner in BellyBuds. Of course, Matt thought that two guys selling a pregnancy product was a bit off, but then he found some studies that actually backed up the fact that talking voices help a child develop. For example, if you play certain songs while the baby is pregnant, playing the same songs after the baby has been born will help soothe them.

Lori is the first to ask details, asking more about how the product works; the Bellybuds use a medical hydrogel adhesive in order to stick to the mother’s stomach, and each pair lasts for around 20 uses. Each package comes with replacement adhesive and replacement adhesive sheets can be bought separately. Kevin asks about sales, since the valuation is at $4 million dollars; Curtis says that sales in 2012 were about 300,000, and in the first half of the year 2013, they were already over 500,000 in sales. Matt pipes up and says they are approaching nearly 1.8 million dollars in gross product sales, and they are still in the red – no profit has been made yet. This alerts all the Sharks. Matt insists that they are a growing company and every dollar they make is being reinvested back into the company; Barb asks about sales in the first year, and they lost $175,000 in the first year and $140,000 in the second year. Lori asks why they are losing money; Matt says they learned a lesson in some unfortunate sales, which Mark probes on; Curtis says that “unfortunately sales” happened when a distributor bought the products and said that they were going to place the products in certain stores, but being online, these products were undercut and discounted heavily, effectively costing Bellybuds more and more money the longer this went untreated. The pair made the decision to stop selling in order to let all the Bellybuds flush out of the market, wanting to end the situation quickly. In return, the two contacted every customer that bought Bellybuds and let them know of the plan and that they wanted to make things right, which the customers were happy to hear. The sales went back up the year after. 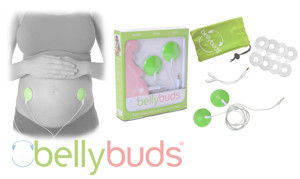 Bellybuds market for $49.99, and cost less than $10 to make each package. Lori asks about the patent, and Matt says that there is a patent pending, as well as several trademarks; Lori comments that the trademark won’t save their product from being copied. Mark asks about competition, and Matt says that despite there being numerous competitors on the market, that Bellybuds is by far “the coolest.” Mark notes that when his children were born over 10 years ago, even he and his wife played music to their unborn children, but they used a different product. Matt says that there are numerous similar products, but they are typically belts or wraps or products that aren’t as sleek as the bellybuds. Lori says that even if Mark has bought something with the similar form or function, why would the two from Bellybuds assume that they would get a patent for their design. Curtis says that the design has never been done with adhesive, and the Bellybuds can actually be moved around since they rely on the adhesive and can be moved around at will. A lot of the time, the mom will know where her baby is; obviously not all babies sit in the exact same location for different mothers. Lori asks about how long the patent has been pending, and the two drop the biggest bombshell and red flag about Bellybuds; the patent has been pending for three years. Lori says that they probably aren’t going to get a patent. Kevin starts operating the assumption that the two will never receive a patent, and says that even having a brand that people will recognize and valuing their company at 4 million dollars, they came in asking for $500,000 and Kevin does not know what the company is even worth today.

Robert asks how they valued the company at 4 million, and Matt starts by saying that they have roughly $110,000 in cash, $1.3 million worth of inventory in the warehouse waiting to be sold, and at this point Lori and the other sharks point out that the two made inventory before making sales; a huge no-no in business. Lori comments that the two having high hopes and making no sales does not look good to her, and for that reason, she is out of the deal.

Barb thinks that the price of $500,000 is outrageous for any amount of equity is insane with the amount of sales they have; the numbers do not add up, and she refuses any deal. Kevin says that the company is probably worth $500,000 right now, and exits the deal by saying that he likes to make money and there is simply no way to make money by investing in Bellybuds.

Robert says he loves the packaging, design and story, until Mark noted that he has been using the same type of product for the past 10 years with his own children. Robert does not feel that the two have done enough to differentiate themselves from the other products, but the pair say that they are the most popular brand. Robert points out that they still have yet to not make a profit, and is out of the deal next.

Mark says that before he begins, he wants to be brutally honest; any type of consumer electronics product, especially when it is made in China (which most of Bellybuds manufacturing is done in China), is going to get knock-offs and discount versions made almost instantly. Since the pair did not have a patent before going in, they hurt themselves even further, and even though that they might have a business today, they are going to get knocked off constantly, and for that reason, Mark is out.
Matt and Curtis from Bellybuds leave without finding an investment in their business.

The “Shark Tank effect” affected BellyBuds hard. On the night of the airing of the BellyBuds episode, hits exploded to 15,000 that night. Retail sales jumped as well, tripling over the weekend and settling out at about double in the week after the show.

BellyBudsare available online, both through the website and through retail stores like Amazon, as well as being sold through various large retailers, such as BuyBuyBaby. BellyBuds can be found across the US, Canada, and even internationally. Despite not finding a deal on Shark Tank, Matt and Curtis seem to be making out quite well.