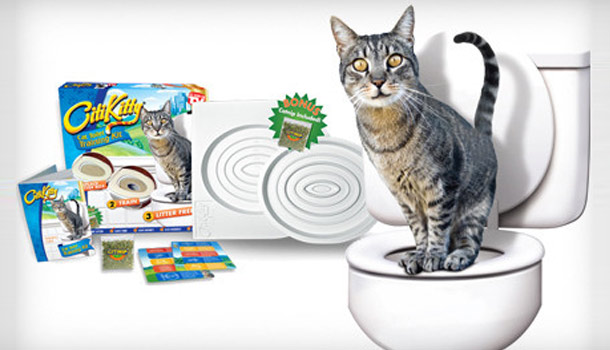 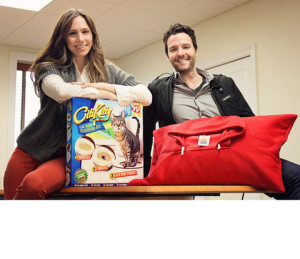 As any cat owner should know, cleaning and maintaining your cat’s litter box is usually unpleasant, messy, and sometimes expensive. The litter gets everywhere when the cat jumps in and out of the box, which usually calls for a vacuum session at least once a day. And then sometimes even the highest rated litter brands can’t mask that unpleasant litter box odor. However, this is the price that all cat owners must pay. At least, it was until Rebecca Rescate came up with a solution to this problem.

Being a cat owner herself, Rebecca was all too familiar with the litter box struggle. So what she did was invent a toilet training program for cats everywhere. According to the CitiKitty program, it should only take your cat around 5 weeks to adjust to using the toilet instead of the litter box because she designed a set of rings that fit over your toilet bowl. These rings are meant to help your cat adapt to the new sensation of perching up on the toilet bowl and then eventually you won’t even have to use them at all. Rebecca suggests that not only is this good for cat owners, but the cats themselves actually prefer using the toilet over the litter box.

CitiKitty (a play on City Kitty) received a massive amount of attention after Rebecca’s cat, Samantha, appeared in the film Little Fockers as “Jinxy”, Robert DiNiro’s beloved cat. In the film, Jinxy is caught using the toilet bowl and that sent everyone wild. This appearance gave CitiKitty a lot of exposure and ultimately put them on the map as a product. Rebecca realizes that even though the movie did give her business a lot more attention, she was going to need an expert to help her tap into the massive pet market. There are over 100 million cats in the United States alone, and Rebecca wants to take advantage of this not only the make millions, but also to make the lives of cat owners everywhere just a little bit easier.

The CitiKitty Pitch During Shark Tank

Rebecca enters the Shark Tank seeking a $100k investment in exchange for 15% of her business. After that, she begins to explain just how big of a hassle owning a cat is because of the litter box that comes along with them. First off, it’s messy, and secondly, it’s nearly impossible to cover up the smell. No one ever wants to be the person to clean the litter box, which can sometimes cause arguments between people who are living and owning a cat together. None of that ever needs to be an issue anymore, since you can easily train your cat to use the toilet by buying CitiKitty. There won’t be any more messes, you’ll be saving money, and your house will just become a more cleanly place. And if that all seems too good to be true, Rebecca shows the Sharks a video of her cat using the toilet to prove that it does actually work.

Naturally, Kevin O’Leary is the first to be a skeptic and says that old cats don’t want to learn new tricks. This is quickly proved to be untrue because Rebecca’s own cat was 11 years old when she was trained to switch from the litter box to the toilet bowl. The reason that cats end up enjoying the bathroom over the litter box is because they learn that the water in the toilet bowl better masks their scent from potential predators. This is an instinct all cats have, but the only option we present them with is the litter box. At least until now anyway. 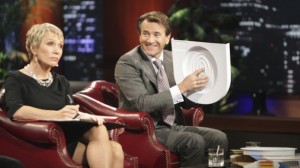 to start using the toilet bowl. You continue to fill each ring with kitty litter until eventually they learn that the water masks the scent better, and then you no longer need the CitiKitty seat at all. And for those who are worried about sharing a bathroom with their cat, cats are actually clean animals and are not likely to miss while using the CitiKitty training set. O’Leary still seems to think this is a cross idea, but Rebecca begs to differ. Litter boxes are what’s gross, because they are literally just a box for your cat’s waste. But then there is also the matter of a cat potentially falling into the toilet and drowning, but she states that that’s never happened and most likely never will.

Kevin Harrington moves the conversation over to numbers and asks what she sells these training sets for. The retail price for CitiKitty is $29.99 and each set only costs around $5 to make. Since the start of her business, Rebecca has managed to sell 40 thousand units off of her website alone. This year she is on track to make $350k in sales and during the previous year she made around $225k. In total, she’s sold about $1.4 million in CitiKitty training seats and hasn’t once paid for advertising. People just love it so much that she had already appeared on Good Morning America, CNN, and the Wall Street Journal. Clearly this is a product that already has quite a bit of success under its belt.

In total, Rebecca has invested $20k into the company, but she continues to reinvest money earned from profits into it in order to remain profitable. What she plans on doing with the $100k is to hire sales representatives and put the rest of it towards marketing. Her plans for CitiKitty are to take it to the next level because she knows it’s going to be a money maker, but Robert Herjavec doesn’t believe that he is someone who can help her out because he has no interest in the product whatsoever. That is why he can’t invest into it. O’Leary follows suit, stating that he has no love for cats. 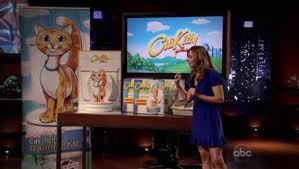 Despite the first two Sharks not showing any interest at all, Harrington believes that this is a product that would do well if featured on the television. He is so interested that he decides to give her an offer right on the spot. The only issue is that in exchange for the $100k, he would want 40% of the business. Before making him a counter offer, Rebecca wants to hear what the last two Sharks have to say. Daymond John doesn’t think he can offer her a better partnership, so he’s out, but Barbara Corcoran is definitely interested.

What she has to offer is the $100k in exchange for the 15%, but only if her partner who is a part of As Seen on TV is willing to buy into CitiKitty. This means that the deal’s finality depends on whether or not Corcoran’s partner in New York wants to invest into it as well. Rebecca doesn’t seem too pleased with this deal, so she looks back to Harrington and offers him a counter deal of $100k for 20% of CitiKitty. He counters yet again with 25%, but then Corcoran chimes in to say that she will drop the contingency and give her exactly what she asked for. This seems to tear her up for a minute because she can appreciate both Harrington and Corcoran for where they standing in the marketing world, but she ultimately ends up offering Harrington the final deal of $100k for 20%. He is quick to accept and they end up becoming business partners, leaving Corcoran feeling mildly defeated. 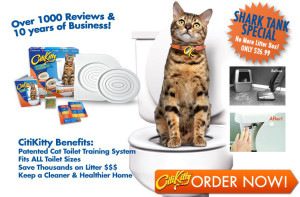 After appearing on the show and making a deal with Kevin Harrington, CitiKitty was on the high road to success. Rescate and Harrington both worked hard together and ended up selling millions of dollars worth of CitiKitty units, which ultimately ended up making her product one of the most successful to have ever been aired on the show. In addition to that, the cat toilet training set ended up taking the #1 Seller on Amazon in the Home & Garden Department category. CitiKitty later went on to also offer a small range of cat treats and even a line of flushable kitty litter that can be used during the toilet training process of your cat. All of the CitiKitty products can be found here, http://www.citikitty.com/ , the official product website.

Rebecca Rescate has obviously made quite a name for herself with this ingenious invention and all of her success is well deserved. She later became the first entrepreneur to appear on the Shark Tank twice in 2013 when she pitched her latest business idea. Overall, Rescate has been doing pretty well and has made a standing in the business world, making her appearance on Shark Tank a happy tale of success.