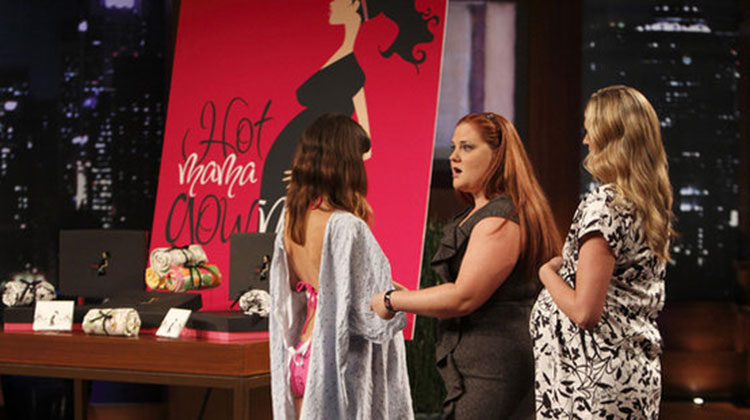 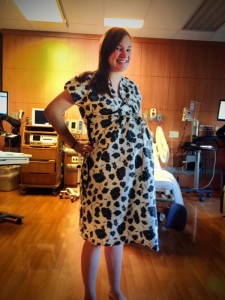 Becoming a new mother can sometimes be a confusing and uncomfortable process, even though it is an extraordinary change in a woman’s life. Deidrea Haysel experienced this firsthand during her postpartum stay in the hospital after having given birth to her daughter. The standard issue hospital gowns that all patients are given during their stay are not so flattering and definitely a little more than uncomfortable. As anyone who has stayed in a hospital should know, these gowns leave little room for privacy because the backs are always open. New mothers don’t want have to spend time worrying about keeping themselves covered when they should be focused on the care of their newborn. That was when Haysel had an idea.

Shortly after Haysel and her daughter were discharged from the hospital, she went straight to work. Haysel wasn’t too pleased with the current selection of maternity wear out on the market, so she took matters into her own hands and started to design gowns for pregnant women. She wanted to be able to supply to all shapes and body types, so she decided to make gowns in sizes 2-24. Hot Mama Gowns, in Haysel’s opinion, was a brilliant idea that women would love. Each gown would be made from organ cotton, so it would be considerably more comfortable than a hospital gown. In addition to that, it would have backside coverage that hospital gowns lack. All in all, it seemed like a pretty good idea and she decided to take it to ABC’s Shark Tank in hopes of striking up a business partnership because in order to really become successful, she was going to need some funding and the proper marketing connections.

During Shark Tank – How The Pitch Went Down

Haysel enters the Shark Tank seeking a $30k investment in exchange for a 20% equity in her business, Hot Mama Gowns. She then explains to the Sharks just how humiliating it can be while staying in the hospital after giving birth. Haysel herself had to use two gowns in order to keep her backside covered to some degree, and she learned pretty quickly that it was nearly impossible to breastfeed with these gowns on. So what she did was create a line of gowns that would remedy all of those issues. Hot Mama Gowns are extremely soft because they are all made from 100% organic cotton, they are all short sleeved which allows for IV’s and blood pressure checks, and there are buttons down the back that give the mothers some coverage. These gowns are also breastfeeding friendly.

All in all, Haysel wants to give mothers the clothing they deserve. They are women who deserve to feel beautiful as opposed to embarrassed and uncomfortable. That is her overall mission in creating Hot Mama Gowns. However, Robert Herjavec isn’t all that convinced that new mothers are going to be too concerned with their appearance when they have just given birth to a child. And Kevin Harrington wants to know what kind of market this would even appeal to. Surprisingly enough, Haysel states that the maternity market is a $4.5 billion market. Since 2002, there has also been a steady 12% increase in sales.

Now, that all sounds good in theory, but Daymond John asks her what kind of sales she herself has beenmaking. Hot Mama Gowns started in 2009 and since then has only made $11,500 in sales. Haysel tries to counter this by saying she has only been able to work on completing orders once she’s put her kids to bed and finished working at her day job, which usually takes 40 hours out of her week. John dismisses this because the Sharks only value a business by the sales it has currently made, so what she does outside of that isn’t necessarily all that important. With that in mind, Haysel tells them that her company has absolutely no debt and she hasn’t taken out any loans. She also has $20k worth of fabric just waiting to be used.

Kevin O’Leary is the first to admit that he enjoys her spunk and determination, and that those are two key traits in any good businessperson. Even with that being the case though, he needs to know how she plans on making Hot Mama Gowns grow as a business. As of right now, Haysel has made all her sales by people coming to her for them, and she even has retailers asking her to ship them orders. The only problem right now is that as a result of only being able to make these gowns a few at a time, the pricing comes out to be a shocking $119 per gown. The manufacturing cost, including the packaging, totals at around $49 a unit.

O’Leary seems to think it’s a great idea with a lot of potential, so he turns the floor over to John because he is the one who has a lot of connections in the fashion industry. He wants to know how she plans on gettin 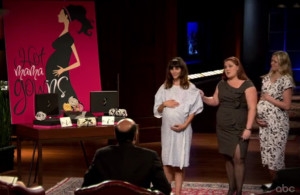 g her brand’s name out there, and Haysel explains that pregnancy isn’t a trend and it isn’t going anywhere. Hot Mama Gowns would do extremely well if she only had the proper connections to get it successfully on the market. John seems to believe that her asking for $30k isn’t nearly enough to get her properly started, but she states that she would use the money to buy a surplus of inventory instead of trickling in with $1k at a time.

All of the Sharks seem to agree that Haysel has a great sale’s rep personality, but Herjavec points out that she hasn’t been answering their questions directly. They still don’t know how she plans on growing the business, how advertising is going to be done, and how much all of that will cost. O’Leary chimes in to agree with this, stating that she doesn’t have the answers they need, even though she quickly disagrees with this. It is his belief that the road to success is going to be a long one for Hot Mama Gowns, so he can’t bother investing his time and money into it.

Corcoran asks Haysel if she would ever consider making a “one size fits all” gown because it would greatly reduce costs of manufacturing. Again, she doesn’t directly answer the question, but she does say that making the array of sizes is important because a single size reminds her of the uncomfortable hospital gowns. Then, shortly after that, John asks if she ever considered licensing her design to other gown companies. It never occurred to her to do that because they won’t put in the care and effort that she does into each gown. John thinks she just has too many excuses for everything and therefore she would never learn anything from him or any of the other Sharks. For that reason, he doesn’t give her an investment.

Both Herjavec and Harrington then decide to drop out as well because she continues to fail to answer questions and isn’t investing enough of her time into the business in order to make it a successful one. That leaves Corcoran as the only Shark left, and she decides to make an offer despite being worried about having Haysel as a partner. Corcoran sees her as a very close minded person, and hearing that makes Haysel tear up because that is the complete opposite of who she is. She just wanted to present herself as a hard worker in front of them, which clearly didn’t go over as well as she had planned. The offer Corcoran decides to make is $30k in exchange for 40% of the business because it is going to take a lot of her time to reinvent the product. In addition to that, she also wants to make a cheaper gown, in sizes small, medium, and large. Unfortunately, Haysel just can’t come to terms with the offer because 40% is too big a loss for her to take, so she walks away with nothing instead.

Hot Mama Gowns Now in 2018 – What Happened After Shark Tank 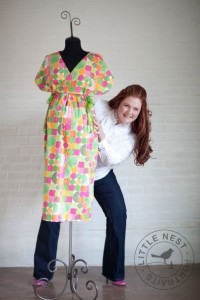 Even though Deidrea ended up receiving an offer from Barbara Corcoran on the show, she decided not to take it because she couldn’t agree to the terms that were being asked of her. Being able to cater to the different body types of women has always been an important part of her mission and one of the main reasons why she started the business in the first place. That ended up being something that she just wasn’t willing to give up on. However, even though she and Barbara were not able to come to an agreement, that didn’t spell out the end of Hot Mama Gowns. In fact, she managed to reduce the retail price of the gowns from $119 to somewhere around $70-$90 per gown.

Deidrea focused on Hot Mama Gowns full time and, for a while, she did quite well for herself. She was consistently posting on twitter and graciously accepting all feedback from the mothers who purchased her product. She was always extremely enthusiastic about hearing their stories and was always more than willing to connect on a personal level with her customers. Unfortunately things went downhill for Hot Mama Gowns and updates on Twitter stopped in January of 2013. The Hot Mama Gowns website has also been taken down, in addition to the product no longer being available on Amazon. However, there are still plenty of other maternity gowns now available for women who would like a more comfortable gown alternative. It just takes a matter of some searching on Amazon to find the right style and fit for you!