Unsurprisingly, the different countries of the world have different ideas when it comes to how much their leaders should be paid. In America, the idea is that the president should be paid around as much as an unknown NBA player, or an average brain surgeon. Most other world leaders from western nations are paid less than Obama, which makes sense. The leaders of countries like Germany and Canada, while making the list of the top ten most highly paid world leaders, are paid hundreds of thousands of dollars less than what Obama is paid. On the other hand, the leader of one small Asian country makes four times what the US president makes.

It’s important to remember that this list doesn’t paint a full picture of how rich the world leaders are. In the first place, many of the world’s richest people are sultans, kings, and other monarchs. However, those people generally don’t make their financial situations public, and often their payments aren’t official. Also, this list doesn’t take into account the net worth of world leaders, only their salaries. That means that Vladimir Putin doesn’t make it onto this list, even though some people estimate he is worth around $200 billion dollars, making him one of the richest people in the world. Also, this list cannot take into account the other perks that come with being a world leader. There are things like free residence, great pensions, and speaking and book writing opportunities that come with being a world leader, and those perks vary from country to country. For example, Obama has to pay for the toothpaste at the White House. The following list ranks the ten highest paid world leaders in US dollars. 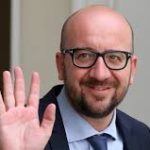 Charles Michel is the Prime Minister of Belgium. He’s one of the youngest people on this list, as well as being the youngest Belgian Prime Minister since the 1800s. He was a lawyer before becoming a politician. This may seem ridiculous, but he’s also notable for being the only western leader who has a beard. He speaks French and Dutch, and he has been the Prime Minister of that country since 2014. There isn’t any data available about what his personal net worth is. However, considering his salary, his history as a lawyer, and the fact that his dad is also a prominent politician, it seems likely that he is quite wealthy. 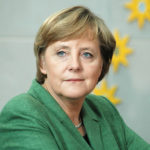 Charles Michel is the only bearded man on this list, and Angela Merkel is the only woman on this list. Merkel is one of the world’s most level-headed and respected politicians. Forbes calls her the second most powerful person in the world. She has been the Chancellor of Germany since 2005, which also makes her one of the longest serving elected leaders of any country. She was also Time’s person of the year in 2015, and her nickname is “the decider” for her skill in navigating difficult negotiations. Despite her high net worth of $11.5 million, she is said to live a pretty frugal life. She is sixty one years old, and before she became a politician she was a scientist. 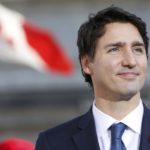 Forbes calls Angela Merkel the second most powerful person in the world, and they call Justin Trudeau the 69th most powerful. He’s one of the freshest faces on this list; he only became the Prime Minister of Canada last November. Trudeau was very well off financially before he became the Prime Minister of Canada. His dad, Pierre Trudeau, was a popular Canadian Prime Minister in stretches from the ’60s to the ’80s. Even Pierre Trudeau didn’t start from nothing, as he received an inheritance from his father who owned a bunch of gas stations. Justin Trudeau got an inheritance of around $1.2 million when his father died, as well as a home in Montreal. Before he became the leader of Canada’s Liberal Party, he would garner hundreds of thousands of dollars a year in speaking fees. At the age of forty four, Trudeau is also one of the youngest people on this list. He has a degree in literature and a teaching degree and was involved in a variety of different jobs before he took on his career as a politician. He has taken criticism from other Canadian politicians for being too upper class to relate to the problems of regular Canadians. 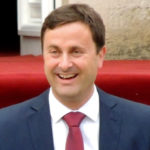 Xavier Bettel is another young Prime Minister. He’s forty three years old, and he has been the Prime Minister of Luxembourg since 2013. While Luxembourg is a very small country, both in terms of size and population, it’s hardly surprising that he commands a huge salary because Luxembourg is also a very rich country. In fact, it has the highest average salary of any country. Like Charles Michel, the Prime Minister of Belgium, Bettel was a lawyer before becoming a politician. Some of the issues he has focused on during his tenure as Prime Minister include same sex marriage reform, scrapping religious classes in schools in favour of general ethics classes, and maintaining Luxembourg’s good credit rating as a country. He is currently the world’s only openly gay leader, and only the third openly gay leader ever. He married his current husband, Gauthier Destenay, last year. His net worth statistics aren’t readily available on the internet. 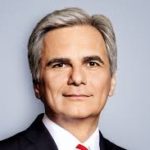 Werner Faymann has been involved in politics in Austria since the ’80s. The fifty five year old has been the Chancellor of Austria since 2008. He has surprisingly little education compared to other world leaders, and is notable for having worked as a taxi driver when he was younger. Before he became the Chancellor of Austria, he spent around a year and a half as the Transport Minister of the country. In 2012 and 2013, he was at the centre of some corruption-related controversy. Though he was investigated for things he had done both as the Transportation Minister and the Chancellor of the country, he was cleared of all the charges in 2013. He is known to be of the Roman Catholic faith, and he has a wife and two kids. 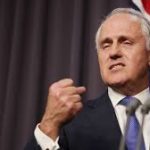 Malcolm Turnbull, the current Prime Minister of Australia, is one of the oldest people on this list of world leaders, and he’s really rich. He and his wife combined are said to have a net worth around $200 million, which makes him the richest person on this list. Many Australians have a kind of fixation with how rich Turnbull is, and he’s known for having multiple lavish residences. He’s been an MP in Australia since 2004, and replaced Tony Abbott as the head of the country’s Liberal Party last year. He has an arts degree and a law degree from the University of Sydney. He did a lot of things before becoming a prominent politician. He was a journalist, a lawyer, a banker, and a businessman. Late last year, former Prime Minister Abbott was consistently polling really poorly in Australia, and was generally very unpopular. Turnbull came forward and said that Abbott wasn’t able to run the country’s economy properly. He’d go on to defeat Abbott in a vote for the leadership of the party and win. Like Werner Faymann, Turnbull is married with two kids and is a Roman Catholic. 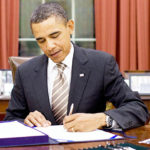 “The most powerful person in the world” is the forth on this list of world leaders. He is fifty four years old, which puts him around the middle of this list in terms of age. His net worth is said to be around $12.2 dollars, which makes him among the richest people on this list. Obama was making more money before he became the President of the United States. He has published two popular books about his life, and those books became immensely popular when he started to run for the presidency in 2007, selling millions of copies. He went to Harvard and Columbia, and reportedly still had student loan debt when he began running for the presidency. Before he became president, he was a senator. It seems likely that when Obama’s presidency ends later this year, he’ll start making large amount of money selling books and giving speeches. 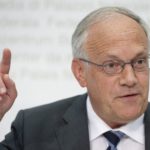 Johann Schneider-Ammann became the President of Switzerland on the first day of this year. His political party is liberal, and before he became the President of Switzerland, he spent one year as the country’s Vice President. He’s sixty four years old, and has degrees in engineering and business administration. Previously, he served as the country’s Economic Minister, and was notable for pushing for a high minimum wage in Switzerland to combat inequality. Like the previous two world leaders on this list, he’s married with two kids. He lives in Lagenthal, Switzerland, which is a small town of only around 15 000 people. 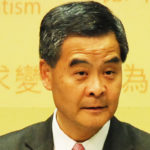 The autonomous territory of Hong Kong is one of the top three most important financial places in the world, and is the world’s most popular tourist destination. Given the country’s high GDP and global importance, it isn’t surprising that their leader is highly paid. However, it is surprising that the second highest paid leader in the world isn’t technically the leader of a country. Leung Chun-ling’s official title is Chief Executive of Hong Kong, a position that he has held since 2012. He is generally a fairly unpopular man, perhaps often serving as a scapegoat in cases of corruption and shady financial practices. He’s sixty one years old, and has been involved in politics in Hong Kong since the ’80s. He’s married and has two daughters and a son. There has been some controversy in the media about his daughters. One of them used to publicly complain about her family on Facebook, and posted a picture of herself in the bathtub with slit wrists. Leung Chin-ling has been making big money for a long time. In the ’80s people called him the “emperor of the working class” in response to his salary of around four million dollars a year. He has also been called “the wolf” and “Dracula” so it’s clear that while he is well paid, he is not generally well liked in Hong Kong. 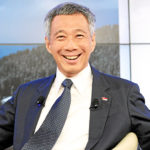 Lee Hsisen Loong is by far the highest paid world leader, commanding over two million US dollars every year. He makes three times more money than his closest competitor. The craziest thing about his salary is that it used to be higher. From 2008 until 2012, he was making nearly three million dollars a year. At that time, he drew criticism from the people of Hong Kong for his salary, so he gave himself a pay cut of over 25%. Even with this pay cut, no world leader is even in his ball park. Lee Hsisen Loong is the third Prime Minister of Singapore and has been since 2004. His dad was the first ever Prime Minister of the country. Lee Hsisen Loong studied at Cambridge and Harvard, and spent portions of the ’70s and ’80s in the military. Before he became the Prime Minister, he was the Finance Minister of Singapore. Lee has one daughter and three sons. He is currently in his second marriage, as his first wife died tragically of a heart attack at the age of thirty one. Lee has, throughout his political career, been accused of having benefited from nepotism. Some people believe that he wouldn’t be where he is in life without help from his father. Lee has dismissed these claims, saying that he has earned everything that he has himself.