Castle Clash is an addition to the very populated mobile strategy game genre. If you haven’t tried it yet then it is pretty similar to Clash of Clans in terms of building up a well-defended base and attacking other players. However there is much focus on hero units that can be strengthened and used on different game modes. As they have their own unique skills and statistics it is imperative to determine what hero suits your troop combination to ensure victory.

There are many other similar games on the market right now. If you want something new to play then check out this list we have prepared for you in 2017. 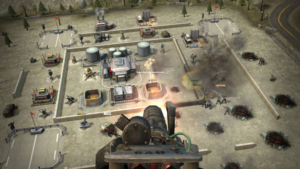 The Call of Duty franchise is composed of highly-successful first-person shooter games, and with Heroes they are mobilizing towards the realm of mobile strategy gaming.

Veterans of Castle Clash or any other similar titles will find Heroes to be just a modern counterpart. You build structures and defenses, harvest and spend resources, and attack enemy bases while defending from their offensives.  Many familiar names from Call of Duty appear as controllable hero units who are unlocked through the single-player campaign or with the use of Medals or premium currency called Celerium.

Attacking enemy bases is just your normal “drop your units” fare with the ability to command heroes in the battlefield. The heroes can level up and learn new skills ranging from grenades with different effects to summoning controllable gunships that let you pepper enemies with machine gun fire in first-person.

Heroes may be very similar to Castle Clash or other established names in the genre, but it brings a few innovations that keep things fresh for new players and fans alike. Give it a shot if you are tired of getting shot in Call of Duty. 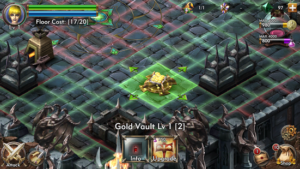 Fortress Legends is what comes out when you toss in hack-and-slash and tower defense action to the Castle Clash base building mix.

You are given command of a fortress where a primary structure called the Oblime Stone must be defended. To do this you must construct an elaborate setup of defensive structures and portals that spew out monsters.  Gold and mana serve as the resources and must be harvested from collectors or looted from defeated enemy fortresses. When you upgrade your Oblime Stone you are given access to better technology plus the ability to expand your fortress through additional floors.

The hack-and-slash element takes place when you attack a hostile fortress. Instead of commanding an army of different units Fortress Legends lets you control only one unit which is your hero. You move around and attack enemy units and structures manually and you can also learn and use skills. Your chosen weapon class determines your fighting style and abilities to be used, and later on you can forge better equipment to further strengthen your hero.  The controls are akin to a typical mobile RPG.

The game’s battle mode comes in single-player and cooperative. For the latter you can team up with three other people and attack fortresses in real time. Fortress Legends is worth a try if you are looking for an action-packed online game. 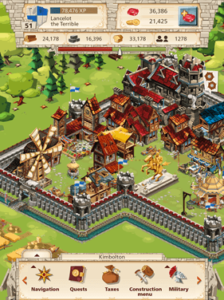 The game takes place in a medieval setting where you are tasked in building up a powerful and flourishing kingdom. As usual you will construct resource-gathering structures to collect food, wood, and stone. Gold is earned primarily by collecting taxes from your citizens and you should collect it in time or else the tax collector will be pocketing some of the dough for himself.

The happiness of your citizens is an important factor in developing your kingdom. A growing population negatively affects public order and it is your task to maintain it by constructing decorations. Keeping their satisfaction on a positive level is a must if you do not want to see your kingdom’s productivity plummet.

On the military side of things Empire: Four Kingdoms has a wide assortment of units to choose from. Attacking other kingdoms involves selecting a target from the world map then assigning your forces to what flank of the enemy base they will assault. Espionage is crucial to determine how stalwart your target’s defenses are. You can also assign your spies to burn down enemy buildings to hurt production and demoralize their citizens.

Alliances are important to further ensure your survival in a game where players are very aggressive especially to those who love to play solo. Your allies can help defend your base when you are under attack, and having strong people help you out further reduces the instances of hostile alliances teaming up on you.

Empire: Four Kingdoms is a great strategy game that takes some good amount of micromanagement in order to succeed. Some people point out its premium currency system to be unfair as it provides many advantages to those who are willing to spend real money.  Also be wary of hacks or cheats that appear online as they surely bring you nothing but trouble for your device and your account. 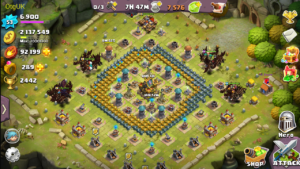 Clash of Lords 2 looks pretty much similar to Castle Clash in terms of visuals, and both games put an emphasis on hero units. It also plays pretty much like other mobile strategy games where you build up your base and defend it.

Heroes in this game are accompanied by a number of fighters called mercenaries. They help out in attacking enemy bases but do not participate when defending your base. These mercenaries can be further strengthened with the use of certain resources or through hero skills. As they become stronger they can learn talents that provide more bonuses to their prowess.

Clash of Lords 2 is pretty generous when it comes to helping you collect heroes. You can recruit them for free every day, obtain them from raids, or by completing the daily sign in reward. There are a lot of heroes available ranging from normal to epic. They each have their own set of skills that can be activated during combat, and bonuses when set to aid another hero. Their attributes are enhanced at the cost of experience eggs or sacrificing excess heroes.

Farming for gold and heroes is not a chore here thanks to the auto-clear option in the single-player campaign but it only has a limited number of uses per day. Auto-raid lets you assign heroes to, you guessed it, automatically raid for resources in a given amount of time. This is an excellent choice when you are going away from the game for a couple of hours.

If you are looking for another hero-oriented strategy game then you should try out Clash of Lords 2. 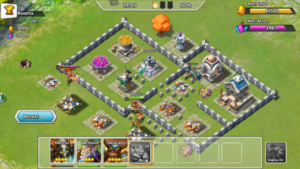 The MOBA Smite gave us a taste of how it feels like to be a god beating up other gods. Dawn of Gods brings that experience to your mobile device along with its roster of 150 deities from different mythologies like Egyptian, Norse, and Greek.

Dawn of Gods features your classic mobile strategy game base building with structures and walls. Just like in Clash of Lords 2 your gods can both be deployed in combat and used for defense. You can recruit units to help your deities lay waste on enemy bases.

The gods have their own stats and skills which can be boosted with Elixir. Some gods also provide passive bonuses to other gods when they are paired together. When a god reaches the highest possible level he / she can “awaken” which unlocks a skill. Relics can be equipped on gods to enhance their stats or of other units.

If clashes of mythic proportions is what you’re searching for then try Dawn of Gods. It is not currently available in all territories so you better check first if you can download it for your device.

Have you tried any of these games? Do you know other games like Castle Clash? Let us know in the comments below.