Top 5 Games like Heavy Rain – The Best Alternatives in 2016 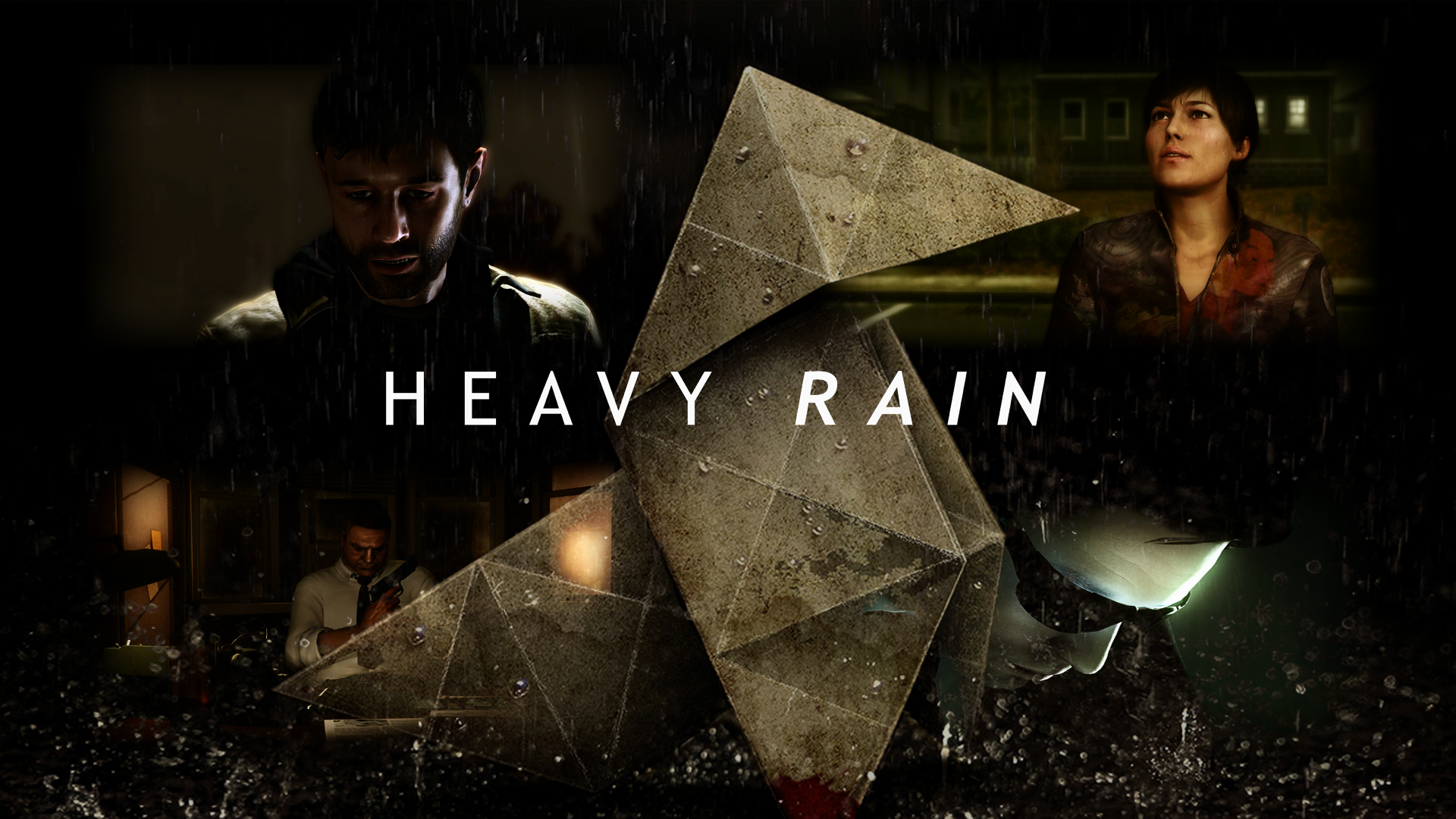 What is Heavy Rain?

Heavy Rain is a film noir thriller game brought to us by the fine folks over at Quantic Dream. In Heavy Rain, you work to uncover the identity of the Origami Killer, a local serial killer. Gameplay consists primarily of quick time events and performing different actions when you are prompted to do so on screen. The game is very story-focused, allowing the player to make different decisions during the game that affects the central storyline. Heavy Rain was critically and commercially successful, praised for its graphics and for its intriguing take on the more traditional interactive novel format.

Are you looking for another game like Heavy Rain? Although it was sort of groundbreaking at the time, the story-based interactive fiction genre has grown immensely since this game’s release. So, there is plenty for you to choose from. In this article, I’ll talk about the top five best games like Heavy Rain that you can download and play in 2017. Without further ado, let’s get right into it.

One of the most highly praised aspects of Heavy Rain is how well it crafts its film noir atmosphere. As you can probably tell from the name, L.A. Noire is also heavily inspired by film noir. In this game, you play as Cole Phelps, a war veteran who has recently joined the Los Angeles Police Department. You control Phelps through a series of mysteries and scandals, interrogating suspects, investigating clues, and pursuing criminals. The entire game takes place in Los Angeles during the 40s and 50s, and like Heavy Rain, the atmosphere and general feel of this game is incredible.

L.A. Noire was developed by Rockstar Games, who are best known for the Grand Theft Auto series. Make no mistake, though. Although there are third-person shooter elements in this game, you’ll still spend the majority of your time thinking and reading. You’re able to drive police cars in this game, but you are encouraged to do so in a safe and calm manner. Playing this game is a much more meditative experience than one might expect. I only chose to place this game so low on this list because I feel like, due to the fact that it still features open world and shooter elements, the game feels somewhat different from Heavy Rain. If you’re looking for a more exciting iteration of Heavy Rain, this is perfect for you. Otherwise, I think you may want to keep reading. 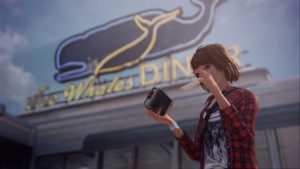 Life Is Strange is an episodic form of interactive fiction, which means that the entire
game is split up into individual chapters. The final episode was released in October of 2015, so you don’t have to worry about waiting for the next installment. In this game, you play as Maxine “Max” Caulfield, a student who has the ability to rewind time. At the beginning of the game, Max foresees a tornado that destroys her entire town. She then takes it upon herself to prevent this from happening by going back in time and changing things appropriately. Although players are able to rewind time in conversation, sometimes it’s difficult to tell whether a positive outcome in the short-term prompts a negative outcome in the long-term.

Life Is Strange is a very deep game, and the branching dialogue gives it a decent amount of replay value. At the time of its release, it was highly praised for its likable characters, rewind mechanic, and compelling story. (Not only that, but the game is also championed by different LGBTQ communities for depicting gay and bisexual characters.) However, it isn’t perfect. Tonally, I think that Life is Strange is one of those games that you either love or you hate. The majority of the game takes place in an art school. The main character frequently uses words like ‘hella’. The soundtrack consists entirely of indie music. It’s a very hip game, but it often comes across as trying too hard.

3. The Wolf Among Us 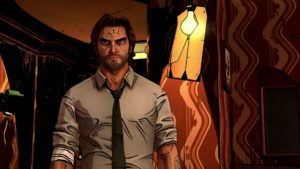 ike Life Is Strange, The Wolf Among Us is another episodic game. The comic-book style game was developed by Telltale Games, a studio that is very well-known for its story-based episodic adaptions of other popular properties. (You may be familiar with their The Walking Dead series, or with Tales from the Borderlands.) In this game, you play as Bigby Wolf, a detective. Gameplay is primarily point-and-click based, with the player choosing objects to examine and interact with. You’re also able to make different decisions in dialogue and action scenes that can affect the outcome of different episodes. The game also features quick time events in more action-based scenes.

The Wolf Among Us is based on the Fables comics book series, but I honestly don’t think that familiarity with the source material is required to enjoy this game. The story is one of the best that I’ve seen in these kinds of games, and the voice acting is really, really great. The mysteries that are presented are really intriguing and fun, which I think a fan of Heavy Rain would appreciate. However, The Wolf Among Us grapples with a few technical issues that keep it from being perfect. As with all Telltale Games, you’ll experience a lot of stuttering and freezing as the game loads. Also, the game has been criticized by some for having such a slow start. This is a definitely a “slow burn” of a game, which may be disappointing if you dislike how the game ends. It might feel like a waste of time. 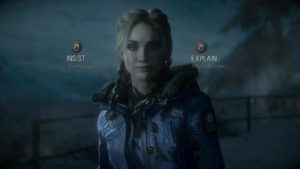 Until Dawn is one of the newer games on this list, and it was really popular for a period of time. It was one of the first games to belong to this new genre that possessed horror elements. In Until Dawn, a group of friends visit a cabin in the Canadian mountains, only to realize that they are being hunted by a psychopath who inhabits the area. The player must make decisions, with the goal of surviving until dawn in mind. Although it isn’t really categorized as a mystery game, you’ll spend a lot of time discovering clues and secrets. Until Dawn is intended to be played multiple times, with a variety of different endings that are impacted by player decision.

In terms of gameplay and tone, Until Dawn is strikingly similar to Heavy Rain. There’s a decent amount of humor (but it’s not quite as hamfisted as the humor in Life Is Strange) that is mixed expertly with drama, intrigue, and horror. Until Dawn also looks and feels fantastic, with amazing visuals, great music, and convincing voice acting. It’s a very well-polished game, and I think that any fan of Heavy Rain would greatly enjoy it. Still, it’s not without its flaws. The story starts to fall apart a little bit toward the tail end of the game, and although the game is visually pleasing, some of the different animations and character movement is sort of strange. It feels like it may have been rushed toward the end of development, but it’s still an excellent game that I highly recommend.

Beyond: Two Souls is a game that was developed by the same people who made Heavy Rain, so maybe it’s cheating to place this game so high on the list. However, I think it deserves a nod. In this game, you play as Jodie Foster, a woman who possesses a psychic link to Aiden, a spirit. The game follows Jodie’s life growing up with the poltergeist and the struggles that she faces because of him. The game plays very much like Heavy rain, with different dialogue and action decisions and quick time events. However, Aiden introduces a few other interesting wrinkles, allowing the player to use different supernatural abilities on occasion. 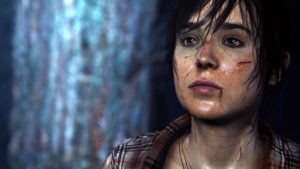 Upon its release, some people praised Beyond: Two Souls as being superior to Heavy Rain. The story is told in a non-linear fashion, which makes it something of a puzzle that the player is tasked with putting together. The visuals are an improvement from the older Heavy Rain, and the PS4 version of this game is really quite beautiful. The animations and visuals in this game (which were developed using motion capture) look so natural, and the realism is almost startling. The game also boasts an incredible soundtrack that flows well with the emotional and tense story. Some people disliked the general mechanics and more hands-off approach that the game has, but if you already liked Heavy Rain, it really shouldn’t bother you. Beyond: Two Souls is the natural choice for someone who is looking for a game to play after Heavy Rain, I think. It perfectly blends atmosphere, story, and characters in a way that I think fans of the game would really appreciate.

So what do you think of the best games like heavy rain in 2017? Have another great game we missed? Leave us a comment!