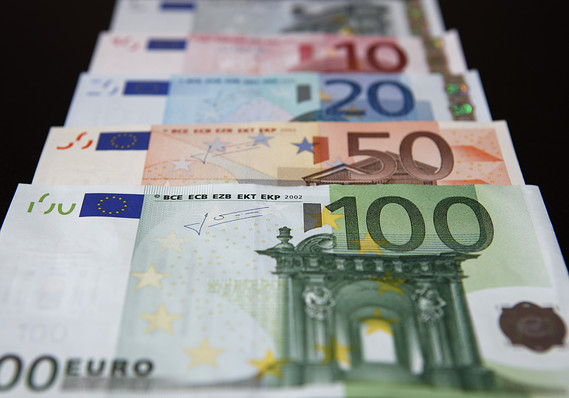 Europe is ranked as the third continent with the highest number of billionaires. There are more than 500 people whose net worth reaches epic proportions, but if you want to check out who are the top ten on the rich list then read on and find out more about them. 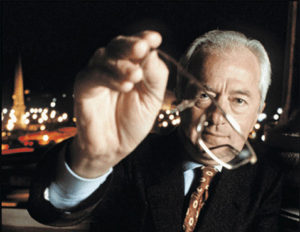 Leonardo del Vecchio lost his father before he was born in Milan, Italy. At seven years of age he was sent to live in an orphanage due to poverty. He became well-versed in metalworking after being apprenticed by a tool and die maker. Del Vecchio moved to Agordo in 1961 and started a workshop where he made metal components used in creating eyeglass frames. Armed with years of experience Del Vecchio delved into assembling his own line of eyewear and eventually he started his own company named Luxottica. During the 80’s the company established its first international branch in Germany and also secured deals with notable names like Giorgio Armani and Bulgari. Luxottica was listed in the New York Stock Exchange in 1990 with an initial share price of $0.95. It also acquired other brands like Ray-Ban and Persol during this decade.  In 2000 the company was listed in the Milan Stock Exchange and maintained momentum in taking over more brands, with Oakley being the most recent acquisition in 2007 for $2.1 billion.

After graduating from high school Dieter Schwarz joined his father’s grocery company Lidl & Schwarz. Driven by the success of the discount supermarket chain Aldi, Schwarz started a similar store in 1973 in Ludwigshafen, Germany. He named it Lidl after purchasing the rights from Ludwig Lidl. Schwarz became the company’s CEO and chairman in 1977 after the death of his father. Seven years later he started the hypermarket chain Kaufland in the German city of Neckarsulm and spent decades expanding it and Lidl all throughout Europe. In 2015 it was announced that Lidl was being planned for a branch in Virginia. Aside from being a supermarket Lidl also offers other services such as DVD rentals, bakeries, and photo stores. His Schwarz-Gruppe retail group handles the two chains and is ranked as the number one retailer in Europe.

The INA is among the largest ball bearing makers in the world. It was founded by Georg Schaeffler’s father, Georg Schaeffler Sr., and his uncle Wilhelm.  After graduating from college and serving the German Air Force, Schaeffler worked at the company (now known as Schaeffler Group) in its branches at Germany and America in collaboration with his mother Maria-Elisabeth. Schaeffler inherited 80% of the business in 1996 upon the death of his father and during the same year he temporarily left the company to study law and become a corporate lawyer for the Haynes & Boone law firm in Dallas. Schaeffler Group expanded through acquisitions of companies like FAG Kugelfischer and LuK GmbH. Schaeffler’s takeover of automotive parts company Continental AG in 2008 was considered as among Germany’s biggest hostile takeovers which backfired and plunged the group in $15 billion worth of debt but was eventually paid off. Schaeffler now works as a member of Continental AG’s supervisory board and controls 46% of it. He is also the head of Schaeffler Group’s supervisory board.

Stefan Persson was born in 1947 which was the same year when his father Erling founded retail clothing company Hennes & Mauritz in Sweden. After finishing college Persson joined the company as the head of its operations in the United Kingdom. In 1982 Persson became the CEO and climbed up the ranks until he became chairman 16 years later. His son Karl-Johan is now the company’s president and CEO. H&M is considered as one of Europe’s largest clothing retailers and has around 4,000 branches throughout the globe. The company offers affordable yet fashionable clothing and seasonal collections in collaboration with famous designers. Persson also owns a number of real estate properties in Europe through his private company Ramsbury Property.

Giovanni Ferrero’s paternal grandparents founded the company Ferrero in Alba, Italy, in 1946 to market the hazelnut and cocoa confectionery called “pasta gianduja”. In 1950 the company was passed on to Ferrero’s father Michele who tweaked the original recipe into what we now know as Nutella. The company’s other sweet products enjoyed massive success, and rapid expansions of facilities in other countries soon followed. Ferrero worked in the company after college until he was crowned as CEO in 1997, a position he shared with his brother Pietro. In 2011 Pietro perished in a biking accident in South Africa and Ferrero became the sole CEO of the company.  The company acquired Turkish hazelnut supplier Oltan for an undisclosed price in 2015, and in the same year they also acquired struggling British chocolate maker Thorntons for $162 million.

George Soros left Hungary and moved to England in 1947 where he studied at the London School of Economics. He graduated in 1952 and worked as a traveling salesman until he was hired by financial services provider Singer & Friedlander. Four years later Soros set sail for New York to work at brokerage firm F.M. Mayer. He worked for other firms and saved up enough money to start a hedge fund of his own in 1973 which is now known as the Quantum Fund. The fund grew as the years went by, especially during Black Wednesday in 1992, until his Quantum fund became the world’s largest hedge fund in 1998 with $22 billion. He has also authored more than 10 books and is currently at the number 23 spot of Forbes’ list of the richest people in 2016.

In 1971 Bernard Arnault worked at his father’s company that focused on construction business after obtaining an engineering degree in college. He persuaded his old man to realign the company towards real estate. The change resulted in the company offering holiday lodging packages and the father and son duo ensured its success. Arnault eventually became CEO in 1977 and president of the company two years later. In 1984 Arnault stepped into the world of luxury goods after acquiring the French company Financière Agache and became its CEO. He also acquired bankrupt textile company Boussac that owned luxury brand Christian Dior, department store Le Bon Marché, and other businesses. Arnault sold the businesses except for the department store and Christian Dior. He focused on Christian Dior and became its CEO in 1985. Three years later he was the first shareholder of French luxury goods conglomerate LVMH which eventually landed him as the chairman of the company’s executive board and CEO. Arnault was responsible for bringing LVMH to greater heights and boosting its market value to greater proportions. He also made acquisitions on numerous brands like Berluti, Guerlain, Bulgari, and Sephora.

Liliane Bettencourt is the daughter and only child of Eugene Schueller, the founder of French cosmetics juggernaut L’Oréal. At the age of 15 she started working as a clerk in L’Oréal where she labeled shampoo bottles and mixed cosmetics. Later on she became the company’s deputy chairman and in 1957 she became L’Oréal’s principal shareholder after the death of her father. Fearing that L’Oréal might become nationalized Bettencourt obtained a 3% share in Nestlé in exchange for most of her stakes in the cosmetics company. L’Oréal flourished under Bettencourt’s direction which helped cement the company’s reputation as a global cosmetic brand. Her wealth also skyrocketed thanks to her efforts, earning her the title of being the richest woman in France. Bettencourt was rich enough to purchase the D’Arros Island from Iranian prince Shahram Pahlavi Nia in 1998 for $18 million, but she later sold it for $60 million to a conservation business in 2012. Bettencourt became a member of L’Oréal’s Board of Directors in 1995 until she stepped down 17 years later.

As a young boy Ingvar Kamprad sold matches to his neighbors in Agunnaryd, Sweden.  As he earned money Kamprad sold other items like Christmas decors, pencils, and fish. He bought the items in Stockholm by bulk and sold them cheaply yet still made profit. In 1943 Kamprad continued to sell products via mail-order sales but now under the brand IKEA (I and K derived from the initials of his name, E from his birthplace Elmtaryd, and A the name of the village Agunnaryd). 1948 saw the inclusion of assemble-it-yourself furniture to his portfolio. Kamprad worked tirelessly until he had his first store in 1958 located at Älmhult, Småland. Future expansions covered Asian countries and Western territories and now there are more than 300 IKEA stores around the world. In 1986 Kamprad resigned from his duties as CEO and instead worked as an adviser to the company. He was replaced by Anders Moberg, and two more CEO’s followed with Peter Agnefjäll being the current name on the top position. In 2013 Kamprad stepped down from the Inter IKEA Holding SA board and appointed his son Mathias as chairman while his two other sons have their own positions in IKEA.

Amancio Ortega stopped attending school and worked at a clothing shop in La Coruña, Spain where he learned a lot about making clothes. He made bathrobes with the help of his wife Rosalia Mera and they opened their first Zara branch in 1975. This first store sold affordable clothing that looked similar to their original and expensive counterparts. Ortega expanded in other parts of Spain and at the same time worked in improving the different processes of Zara to make it more efficient. The following decades saw the international expansion of the store until there are around 5,000 branches worldwide. Zara is incorporated into Inditex along with other acquired and founded brands by Ortega. Inditex is considered to be the largest clothing company in a global scale and Ortega is ranked by Bloomberg as number two in their top billionaire ranking (behind Bill Gates).  Ortega retired from Inditex in 2011 and was replaced by Vice-president Pablo Isla.

These billionaires sure are racking up on wealth with the dizzying numbers on their net worth. Given how fast paced things are nowadays we might see a new billionaire on this list sometime in the future.