What Happened To Kimbo Slice? – What’s He Doing Now? 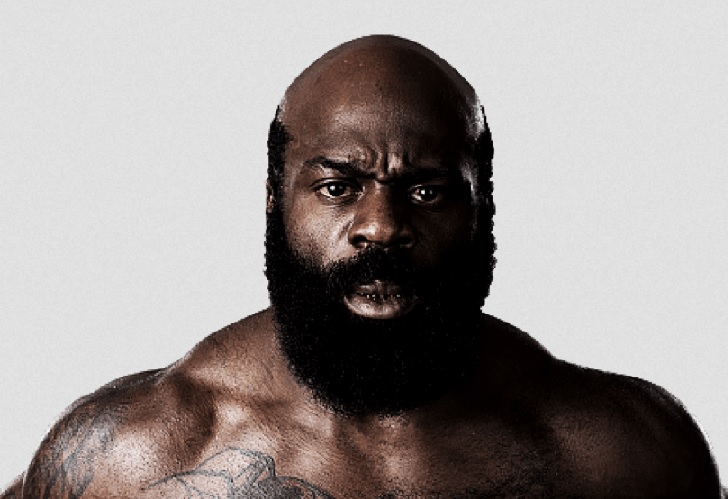 Kevin Ferguson, later known as Kimbo Slice, entered the World in February 1974 in Nassua, Bahamas. Along with his two brothers and mom Rosemary Clarke, Kevin moved to Florida in the United States not long after, and he attended Bel-Air Elementary School there. His nature soon began to show itself, at the age of 13 he was involved in his first fight when he attempted to defend one of his friends.

Later in his education, Kevin gained the nickname Kimbo, to friends, teachers and parents alike, he attended Miami Palmetto High School and played football for the school as a talented middle linebacker.

Young Kevin had ambitions towards joining law enforcement, he achieved an academic scholarship to study criminal justice at the University of Miami. It was during this time that he got a part-time job in security to help with the bills. Heavily built Kevin was a natural at the security business and it wasn’t long before he was working as a bouncer at clubs in the Miami Beach area.

Kimbo’s Street Fighting Days and His launch to Internet Stardom

Those jobs soon led Kimbo into the World of street fighting. At first, the cash strapped student fought the pre-arranged bare-knuckle contests for just $300 a time. The illegal street fights, which took place in quiet suburban gardens or deserted parking lots, came naturally to Kimbo, and after a few fights, and an equal number of wins, his fee was increased to $500 per fight.

At about the same time, Kimbo took a job with the adult-content media company ‘Reality Kings’ as a bodyguard and limousine driver, but the street fights were easy extra cash for him, and he had children to support now too.

Back in the beginning of the new millennium, the internet was a different place from the crowded commercial market it is today. There was a wild-west feel of lawlessness to many of the dark corners of the early web, and disturbing underground content would often appear in such places. Someone in Kimbo’s fighting team had the idea of filming his fights and uploading them to Sublime Directory, a video sharing site with a preference for porn. The first time that viewers could experience Kimbo’s fighting prowess, it was in a back yard pounding that he dished out to a gentleman by the name of Big D.

In slightly over two minutes, Big D had a fearsome eye injury that reportedly required surgery afterwards. Kimbo hugged his defeated opponent and praised his courage as Big D stood there and dripped blood. A legend was born, as well as Kimbo’s new name, Kimbo became Kimbo Slice to his growing online audience. He earned $3,000 for the knockout, and the low resolution video achieved two million views overnight.

His fan base followed him over to the new video sharing platform Youtube, and the ranks of admirers grew rapidly. Kimbo was the pioneer of underground fighting videos on the internet, his unusual style and immense physical strength made him a legendary figure amongst his fans. In one video, he fought two men in one session, and comprehensively beat them both. In another, he left a well built and slightly cocky opponent unconscious on the ground, after just one decent punch. His online reputation grew and he became a cult figure on Youtube. As his fame began to take off and the wins continued, it was ironically, his only recorded defeat in a bare knuckle match, that pushed him into the professional limelight.

In 2004, Kimbo had fought Sean Gannon, a Boston police Officer, in a Gym in Cranston, Rhode Island. It was the first time Kimbo had fought outside of Florida and things did not go as smoothly as usual. Gannon was awarded a controversial victory after Kimbo was knocked senseless. The Boston law man had utilized many knees and choke holds that Kimbo’s entourage claimed to be illegal.

The fight was broken up several times by both fighters teams, and it was a scrappy disorganized contest at best. But the involvement of a law enforcement officer in such a violent fight gained much publicity for the underground boxing scene, and that pushed the video to viral fame. That attention culminated in both men coming to the attention of MMA event organizers.

Kimbo’s first bout in the sport came in an exhibition match, at Cage Fury Fighting Championships in June 2007. His opponent was no slouch. Ray Mercer had won the heavyweight boxing gold at the Seoul Olympics in 1988 and was also a previous WBO World champion. He lasted just over a minute before Kimbo took him down with a stunning guillotine choke.

Kimbo soon signed with the new EliteXC franchise and his début for the brand came against fellow rookie Bo Cantrell, in November of that year. Cantrell didn’t even last twenty seconds before submitting to Kimbo’s fierce explosion of punches. His much anticipated return to the ring, against Tank Abbott in February 2008, didn’t last much longer. Tank was knocked out in just 43 seconds.

In his third match, seasoned veteran James Thompson, a giant Englishman taller and heavier than Kimbo, battled him on fairly equal terms for two thrilling rounds, but right at the beginning of the third, Thompson stepped into a fierce haymaker and his ear exploded. The match was stopped in a bloody TKO and Kimbo had passed his greatest test so far, in spectacular fashion, on the first MMA event ever shown on prime time TV no less.

Seth Petruzelli was a last minute replacement for Kimbo’s next fight in October 2008, after Ken Shamrock received an injury in training, the red-haired Petruzelli, considerably smaller than Kimbo was an eight year veteran of MMA and Kimbo may have underestimated his unknown opponent. The big man slipped during his first flurry of punches and the technically experienced Petruzelli was quick to take advantage of the error. A flurry of uncontested punches forced the referee to declare Petruzelli the winner by TKO in 14 seconds.

EliteXC went bankrupt soon afterwards, and Kimbo, undaunted by his surprise defeat, moved his fighting talents to ‘The Ultimate Fighter’ reality TV show. He won his match, against the passive Houston Alexander by a unanimous decision.

Kimbo entered UFC 113 in May 2010 and was matched against fellow Ultimate Fighter contender and former defensive tackle for the New York Giants, Matt Mitrione. Matt was a few years younger than Kimbo, thirty pounds heavier, and outreached him by five inches. In addition, Mitrione was an inspired fighter that day, in only his second professional fight the bigger man dodged Kimbo’s uppercuts with the grace of Ali, and smiled at his opponent throughout the round. In the second, a series of punishing kicks to Kimbo’s knee crumpled him up in agony. He wouldn’t submit throughout the waves of punches that Mitrione casually subjected him to. The referee finally called a halt to the match, after an endless tirade of attacks that Kimbo had no answer for.

The next day, UFC president Dana White announced that Kimbo had been released from his contract with the organization.

Kimbo took up professional boxing in 2011, at the age of 37, and in his first match, against rookie James Wade, he left his oppenent staring at the sky after just seventeen seconds, quick even for Kimbo. He continued his boxing career until 2013, achieving an undefeated record in seven fights, six of which ended in a knockout.

Despite his fearsome glare, and his impressively huge build, Kimbo isn’t quite as he appears. In an interview in 2015, his mom, Rosemary Clarke, revealed a different side to the tough brawler.

She said that the real Kimbo, considerate and polite, is often a surprise to fans, when they meet him for the first time. The man who has always displayed a winning attitude and a fighters determination has no need to prove himself outside of the ring. Rosemary confirmed that her boy is just a normal guy, always sharing things with friends, he’s kind considerate and gentle, a million miles away from the tough guy persona he portrays for his opponents.

The fighter has six children of his own, three boys and three girls. He has always been fairly private about his family life, but has asserted that his children are the world to him. His oldest son, Kevin Jr has followed his fathers footsteps, without the dangerous and illegal street fighting part, into MMA. His first amateur competition, under the name ‘Baby Slice’, against Tom Brink in March 2016, was a one sided onslaught that ended in a TKO in under a minute and a half. Its early days for Baby Slice, but it looks as if he could well be a future success in the sport too.

Kimbo returned to the MMA scene in 2015 to finally meet with Ken Shamrock for their long awaited match up. That fight ended with a convincing, if somewhat unexciting at times, win via TKO for Kimbo and he looked to repeat that success on February 19th 2016 when he met Dhafir Harris.

Harris, a former neighbor and bodyguard to Kimbo, as well as being a long time rival, is known as ‘DaDA 5000’ and is the star of the 2015 movie ‘Dawg Fight’, that showcases the back yard illegal fighting scene of both fighters old neighborhood, West Perrine in Florida. They met at Bellator 149 and Kimbo took the win after his old rival collapsed with apparent exhaustion in the third round, although his exhaustion turned out to be renal failure, Harris was seriously injured.

There was even worse news to come for the triumphant Kimbo however, during his blood test he had tested positive for the steroid Nandrolene. On May 2nd, Kimbo paid a fine of $2,500 to the Texas Athletic Commission and lost his licence to fight in the state. The fight with DaDA was declared a no contest. The licence revocation was later downgraded to a three month suspension and Kimbo is expected to return to Bellator later this year, although DaDa, still recovering from the beating he received at Kimbo’s hands, has been public about his concern about that decision.

Kimbo has spoken out recently against the illegal street fighting scene in his own neighborhood. The professional and successful fighter urges kids to join a gym, a boxing club or a Dojo to learn how to fight, and he condemns the dangerous nature of the scene that made him the most famous internet fighter there will probably ever be. From a cult figure on the internet, to a role model and professional sportsman, something tells me Kimbo hasn’t quite finished adding to his resume just yet.

He resides in Coral Springs in his adopted Florida, with his long term partner and fiancee, Antionette Ray.

On June 6th 2016 it was announced that Kimbo slice has passed away for undisclosed reasons.  More news should be coming out regarding Kimbo Slices death over the next few days.

Update 2: It appears that kimbo slice died from heart failure.