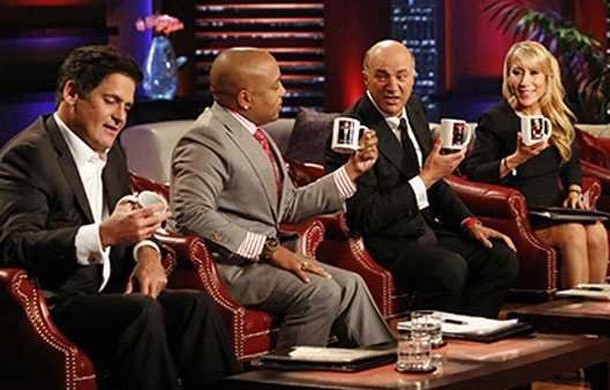 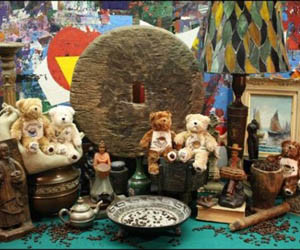 Dan Claffey is a man whose love for coffee knows no boundaries and it is because of this deep passion for the drink that he came up with the idea for Coffee Brand Gifts. While attending a coffee trade show, Dan noticed something very peculiar. Though there were many products on display, not very many booths offered gift ideas for the typical coffee fanatic. Struck with absolute disbelief, Claffey was convinced that the lack of stuffed animals, games, and various other gift ideas was a true travesty. He even began to dig a little deeper and discovered that common coffee shop words like “java”, “latte”, or even “coffee” were not patented by any one person. Seizing his opportunity, Claffey acted hastily to claim the patent on these words in hopes of using them on his line of Coffee Brand Gifts products.

However, with such a broad business idea on his hands, he took to local coffee shops and cafes to pull together a census on what kind of gifts that coffee lovers would truly appreciate. After taking multiple surveys in various different locations, Claffey created a list of potential items that he could put on the market and hopefully make a profit on. There was one crucial problem he faced though. With a lack of funding for his company, there was really no chance of Coffee Brand Gifts getting off the ground. Desperate for the help he would need to touch America with coffee themed gifts, Dan Claffey went to the Shark Tank to pitch his idea and ask for an investment to help his business out.

Starting with his an asking price of $300k for 40% of Coffee Brand Gifts, Claffey then begins to explain how he made the discovery of a market that has yet to be tapped into while attending a coffee convention. Of the 500 companies that attended the trade show, only a mere 2% of them had gifts and novelties on display. It was after this discovery that he patented a plethora of commonly used coffee related words in order to make the stuffed animals, game boards, and other toys that would ultimately make up his company. Robert Herjavec admits that his trademark is impressive, but still wants to know why this business idea is relevant to the market. Claffey explains the data he collected by giving out surveys and allowing people to play the games he invented, but Kevin O’Leary harshly cuts him off to ask “Have you sold any of this crap?”.

Due to his lack of monetary funds, Coffee Brand Gifts has yet to take orders because of the small quantity of products. The Sharks all seem to be rather confused by how backwards he has his priorities and proceed to jump down his throat. O’Leary claims that if he were to invest the $300k to make all the products Claffey wishes to sell but then the business flops, he would kill Claffey being a waste of both his time and money.

After being asked by Daymond John, Dan reveals that he already has around $500k invested into the company. Barbara Corcoran, pained to hear about his terribly investment choices, suggests that he should put more time into the research business because of how well he collected information for his floundering business endeavor. After giving him this wise piece of advice, she decides not to invest and pulls out. Claffey hastily begins to explain how he did not want to take any orders until he could be sure that he had the money to fulfill them, but the Sharks all shout and shake their heads because that is the absolute wrong way of handling a new business. O’Leary states that it’s “unamerican” and Herjavec is convinced that he is afraid of sales. One by one each of the Sharks decide not to invest into the company and chalk it all up to being one big waste of their time. Completely defeated, Dan curtly thanks them before leaving the Shark Tank with his tail between his legs. 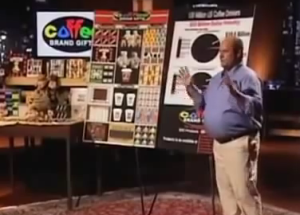 In spite of receiving such a horrible reaction from every single one of the Sharks, Dan Claffey vowed to keep trudging onward with Coffee Brand Gifts. Being a man who already had success in the market sales industry, one would think that he would have no problem getting his business off the ground if he put enough effort into it. The only thing was, Claffey must have lost the motivation to keep the business alive because there continued to be no orders or sales made for Coffee Brand Gifts. Though there is a Facebook page for the company (https://www.facebook.com/pages/Coffee-Brand-Gifts/139561091271) the last post was made two years ago and it was advertising some other business venture he was trying to make. Claffey still owns the patents for the common coffee words, but has failed to do anything with them since appearing on ABC’s television show.