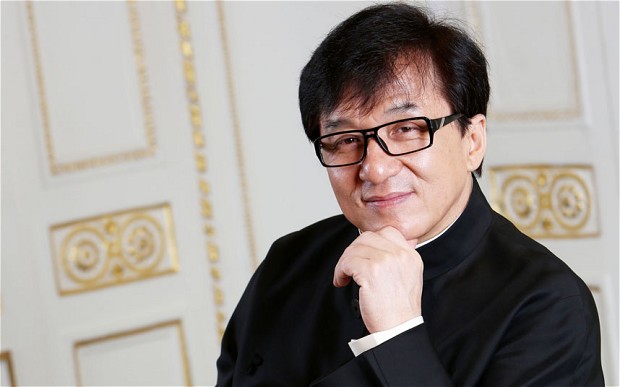 Jackie Chan is best known for his movies, and the crazy stunts he performs in them. He has endured many years of hard work and injuries, and like the famed Bruce Lee before him, has seen international recognition for his amazing talent. His patented blend of martial arts and slap-stick recalls the comedy greats of old Hollywood, and catapulted him to world wide success. 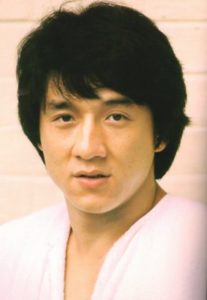 Jackie Chan was born in Hong Kong on April 7th 1954. His parents were both refugees from the Chinese Civil War, Lee-Lee and Charles Chan. He failed his first year of primary school on Hong Kong Island, and his parents removed him from the school afterwards. Later, his father changed jobs to work in Canberra, Australia at the American Embassy. This is also the time when Jackie signed up for Chinese Opera Research Institute. That’s where Chan’s passion for performance started, he trained in dance, music, and martial arts. When Jackie was 8, he appeared in a movie called ‘Big and Little Wong Tin Bar’ and then this led to him appearing in, ‘The Love Eternel’, and afterwards he had roles in: ‘Come drink with Me’ and ‘A Touch of Zen’ as a kid.

Him signing up for the Chinese Opera Research Institute was the catalyst that led him in having roles in movies. He had a major role when he was 19 in ‘Little Tiger of Canton’ and afterwards he had a role which involved a nude sex scene in a comedic movie called ‘All in the Family’.

In 1976, when Chan was 22, he went to Australia and lived with his family taking a position as a construction worker.

One of his more successful movies in his early career in 1978 was called ‘Snake in the Eagle’s Shadow’. He could stage any stunts anyway he wanted to, the movie established the comedy kung-fu style of film making, which grew massively in Hong Kong.

That same year, 1978, Chan was announced to be the most liked martial arts actor in all of Asia. This, of course was after the tragic death of the martial arts master, Bruce Lee, however Chan was determined to create his own technique of writing and producing movies, not to merely ape his inspirations.

Jackie Chan directed his first flick in 1980. ‘The Young Master’ became a huge hit due of the innovation of combining comedy with martial arts. Just two years later, in 1982, Chan starred and directed in another movie called ‘Dragon Lord’, however this movie was mostly an experiment with complicated stunts.

Chan married a Taiwanese actress, Lin Feng-Jiao, in 1982, and that same year they had a son, Jaycee Chan who is a singer and an actor.

In 1985, Chan made the ‘Jackie Chan Stuntmen Association’, because of so many stuntmen getting injured during filming of his previous movie, ‘Police Story’, and none of the actors and stuntmen would commit to working with him again, the association promised to keep stuntmen safe.

A couple years after that, in 1987, Chan directed ‘Armour of Gold’ which had incredible box office success. Afterwards he made ‘Miracles – Mr Canton and Lady Rose’ which did explicable well at the box office as well. Chan created his company for producing movies called ‘Golden Way’ after seeing such success with these last two movies.

In 1998, Jackie Chan worked with a comedy actor Chris Tucker, in a movie called ‘Rush Hour’, due to the movie’s great success, they got back together again in 2001 for “Rush Hour 2’. And later, ‘Rush Hour 3’ was released in 2007 which grossed over 258 million US dollars.

‘The Karate Kid’ was re-produced in 2011, starring Chan and Jaden Smith. The movie was a huge success, earning more than 358 millions dollars and it was extremely popular among both the Chinese and American culture. 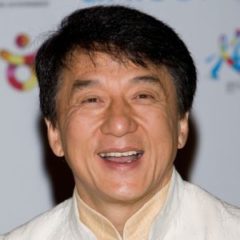 2016 is going to be quite a busy year for Jackie Chan, he will be playing the role ‘Monkey’ in ‘Kung Fu Panda 3’. He also announced that he is doing 3 other films, which are in pre-production right now. Also, him and Nick Cassavetes, a movie director, are talking about bringing ‘The Foreigner’, the novel to the cinemas early next year. The film is planned to start shooting on October of this year.

‘The Foreigner’ is based on a novel by Stephen Leather called ‘The Chinaman’. Chan will be the protagonist ‘restaurant owner’ in London’s Chinatown who is attacked by the Irish terrorists.