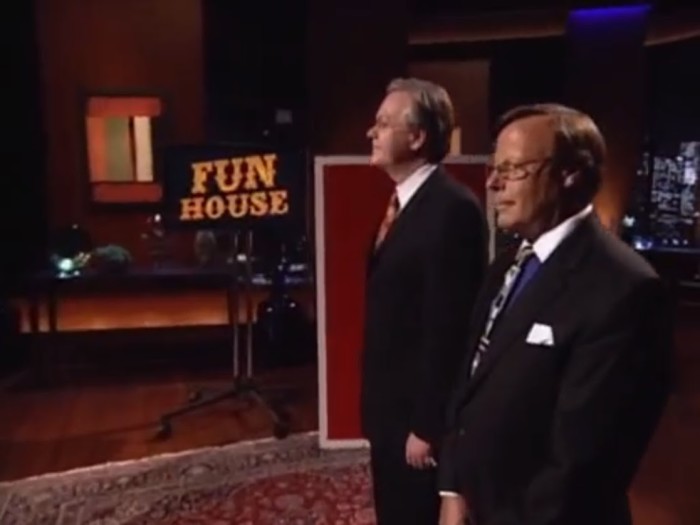 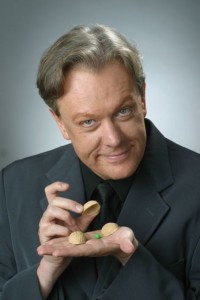 Todd Robbins states that he has always been interested in performing magic tricks in front of his guests and random people on the streets. Before he started the FunHouse project, he was already a New York City based performer and has spent dozens of years doing what he does best. He claims to be specialized in arcane forms of popular entertainment, offbeat amusements and intriguing deceptions.

Before David Adamovich started performing magic tricks and throwing knives, he was a professor and taught graduate students for eighteen years. He is also an ordained minister and manages a billiard hall. David Adamovich states that he found his passion for knife-throwing when he was fifty years old, and that it is never too late to learn. After becoming interested in knife-throwing, David Adamovich went off and has set over twenty five world records, including the one for the most knives thrown around a human target in one minute.

Todd Robins and David Adamovich want to bring good, clean fun to New York’s Times Square with their product called the FunHouse. The FunHouse project will bring entertainment, magicians, performers, knife-throwers and many other kinds of entertainers to people all over New York, but especially around Timers Square. In order to be able to do so, they are in need of a hefty sum as an investment from the Sharks, or else they will not be able to create their product and get it to Times Square.

Todd Robbins starts the presentation by introducing himself, after which David Adamovich introduces himself. They state that they are looking for an investment of three hundred thousand dollars, in exchange for a twenty percent stake in FunHouse.

Todd Robbins states that when you have an idea for something new and exciting, he wished that finding money for it would be as easy as rubbing your hands together, but of course, it is not as easy as this, which is why Todd Robbins and David Adamovich are in front of the Sharks today.

David Robbins states that it is not difficult to guess that he has a little background in magic as a side-show performer. David Adamovich continues by stating that he is the world’s fastest and most accurate knife-thrower, and he states that he will demonstrate his skills.

“Daymond John asks David Adamovich if he can stand in front of the red board, after which he gets up and walks towards the red board” 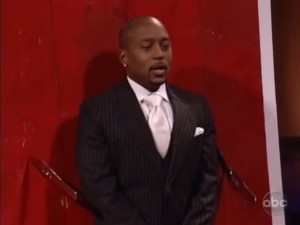 Todd Robbins and David Adamovich state that they are not nuts. Todd Robbins continues the presentation by saying that FunHouse is already live in five different venues, such as a restaurant that features a stage with a world class variety of entertainers, jugglers, plate-spinners, acrobats and knife-throwers. They also have a lounge area where there is close-up magic happening as magicians walk around the lounge.

Todd Robbins answers the question by saying that it is very simple. In order to see the FunHouse workers live, there will be a fifteen dollar admission price. Todd Robbins states that they are anticipating that they are going to gross over nine million dollars in the first year alone.

Todd Robbins answers the question by saying that the people seeing the facility will already know that it is a FunHouse, which will cause a traffic of people walking in.

Todd Robbins answers the question by saying that in order to genuinely start FunHouse, they are going to need one and a half million dollars.

Todd Robbins answers the question by saying that the annual expensive will be around seven and a half million dollars.

Robert Herjavec states that after investing the one and a half million dollars, you will be on the hook for the annual expenses of over seven million dollars, which is a huge risk, because you do not know if the model of FunHouse actually works or not. Robert Herjavec states that this investment is way too risky for him and that he is out as well.

At the end interview, Todd Robbins says that the Sharks seemed scared of FunHouse’s concept, and says that it is unfortunate that they didn’t get an investment.

“Kevin O’Leary states that he learned how to throw knives, walks towards the red board and grabs a couple of knives and asks Barbara Corcoran to stand in front of the red board” 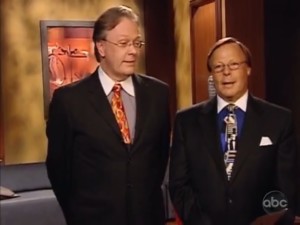 Todd Robbins and David Adamovich clearly needed a huge investment from the Sharks, in order to be able to make their dreams come true. Renting a huge space of twenty five thousand square feet in the area of Times Square is not cheap at all, and the Sharks knew this. Todd Robbins and David Adamovich both know how to entertain guests by performing magic shows, and they do have a group of magicians, acrobats, knife-throwers, fire-breathers etc. on stand-by, who are able to perform at a moments notice.

Even though they were already performing shows in restaurants and lounges, they could never get together enough money to rent a huge area around Times Square. None of the Sharks were interested in investing in FunHouse, due to the fact that they believed it was way too risky and way too expensive. There is no mention of FunHouse being the best or worst on Shark Tank, although the Sharks did seemed to be entertained by the little knife-throwing performance by David Adamovich.

After appearing on the Shark Tank, it does not seem like FunHouse continued as a project. After searching on Google, I was not even able to find a website for the FunHouse project, which simply tells me that they vanished away. Perhaps both Todd Robbins and David Adamovich are working on the FunHouse project locally, without feeling the need for a website with basic information on it, such as contact information or pricing.

However, after searching for both Todd Robbins and David Adamovich separately, it seems like the FunHouse project really has come to an end. Todd Robbins seems to have joined a company called Magical Nights Incorporated, which are the producers of the longest running magic show in New York. He also wrote a book called The Modern Con Man: How to Get Something for Nothing.

It is surprising to read that David Adamovich holds twenty five world records and the Guinness world record for “Most knives Thrown around a Human Target in one minute” He also holds a doctorate of education degree in exercise physiology from Columbia University. Apparently, David Adamovich is known as the Great Throwdini and is currently working in New York in the sideshow and burlesque scene.