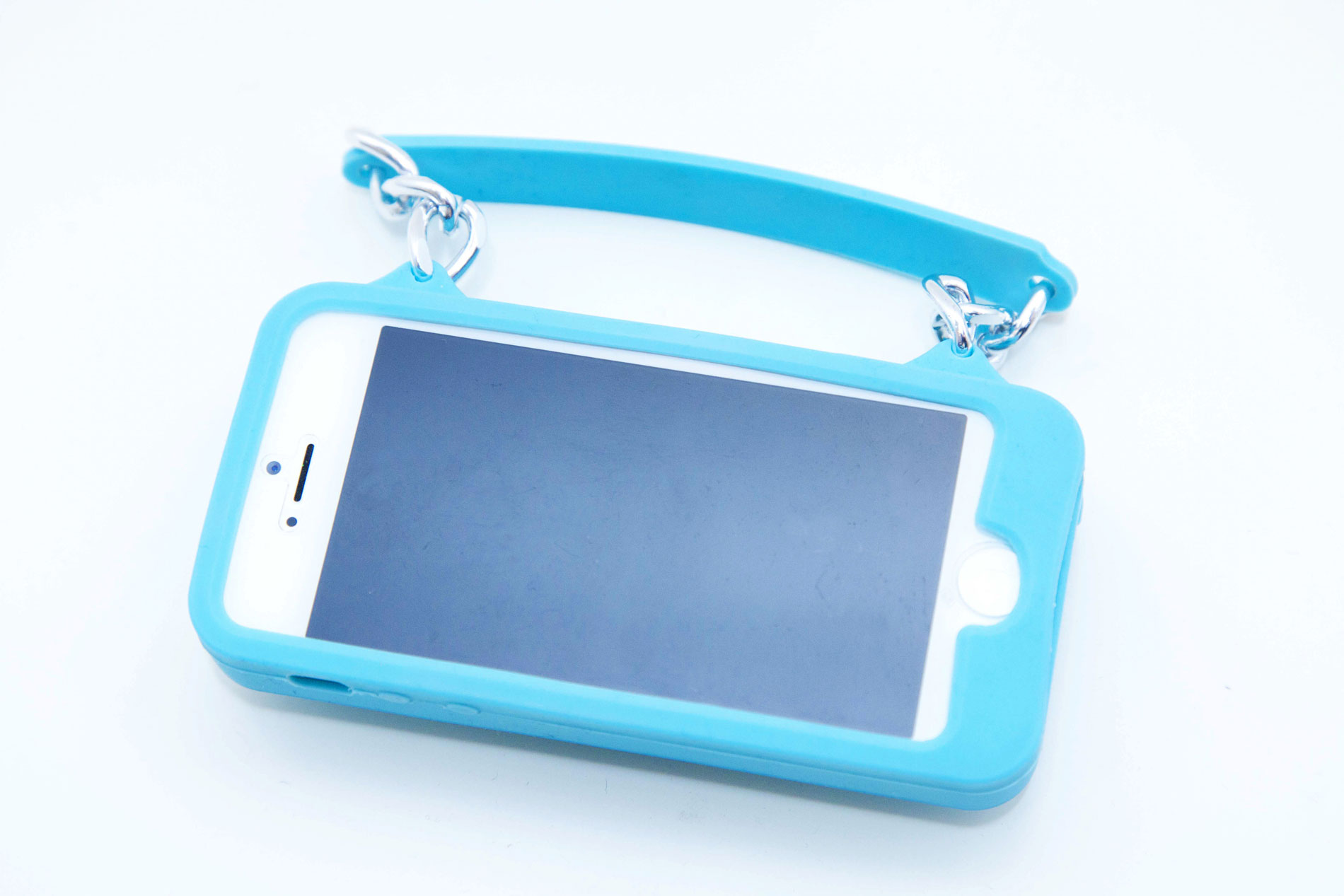 Jenn Deese and Kelley Coughlan have just stepped into the Shark Tank, and they are seeking $55,000 in exchange for a 12% equity stake. If you were to ask one people what they would never leave the house without, you would probably get the smartphone near the top of your list (I know I turn around to go get mine). However, for some women who carry totes and pouches into public, some smartphones aren’t the easiest thing to carry around. How many times have you had to dig through an oversized handbag to find your phone, or shove your smartphone in the back pocket of your skinny jeans? That’s not cute. So that leaves you with one option; carry the phone around, or set the phone down and lose it. Jenn and Kelley asked themselves, why isn’t there an easier way to carry your phone around?

Now there is, with the introduction of the PurseCase. The PurseCase is designed for just your smartphone and essentials in mind; now, you can keep your cash, cards, and I.D. all at your fingertips in in a stylish way. PurseCase comes in a variety of colors to help accessorize with any outfit, always with a stylish handle with doubles as a bracelet, and even includes a compact mirror. Each shark is given a model with a hidden $100 bill tucked away, and the girls from PurseCase go on to say that they are at the tipping point and with this cash can do a lot of good. They are hustlers and ready to start making the shark’s money back right away.

Robert says that he just came back from a trip in Italy, and he’s actually seen many cases that emulate the PurseCase dangerously. The big difference is that PurseCase has a pocket, the girls argue, but Robert says that things that look exactly like the PurseCase can be found all over Europe in little cheap stores and pagodas. Lori asks what phones PurseCase are made for, and at the time of filming, PurseCase had models for the iPhone 4 and iPhone 5, however they have filed for a utility patent for having the essential design of the PurseCase locked under their control; namely, the little pocket that holds cash and an ID and maybe a credit card.

Kevin asks how many sales the girls have done, and Kelley says they are just starting to fulfill orders but in the first 3 months they did $30,000 with just preorders. This elicits a shocked, positive reaction from the Sharks. For the year of 2013, Jenn says that PurseCase is projecting $250,000. Each PurseCase costs $4.42 to make, and are sold through wholesale for $15 and $38 for direct retail. Their margins are around 88%, and 71%, depending on if the item is sold through wholesale or through their own direct retail via an online order. Kevin asks if the $38 pricetag is not expensive for people online, to which Jenn says that there has been no resistance in online orders being placed, but Kevin insists that if the price was dropped to $19.95 they would sell 10 times more.

The girls say that they did some public relations around the initial prototypes, and the hype was unprecedented; they were actually approached by a manufacturer, Dowell Manufacturing, about a logistics deal. In exchange for production and shipping the product around, Dowell received a 15% equity stake in the company, but have signed a million dollar credit line to the companies with a term of 45 days (the girls have 45 days to pay back whatever credit they might borrow.) With the money they receive from the Shark Tank, they are going to invest money into injection moulds and start making PurseCases for the Samsung Galaxy S3, which was a hyped phone at the time of the filming of this episode. 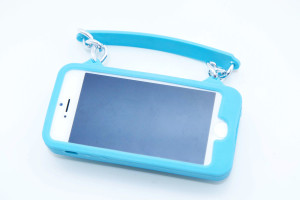 network. The girls say that they didn’t know that. Robert says that he admires all the work they did, but insists that he spent two weeks in Italy recently looking at the exact same type of case on every street corner, and folds out of the deal. Barb says that she thinks the design is adorable and the mirror is clever, but the first change she wants to see is a more streamlined design with the flap removed from the purse. However, she is not interested.

Mark speaks next, saying he is not a fan of the technology accessory business and that it is not for him because it’s everyone else wins; if you zig, the opposition zags. There is always a competitor with more resources than you out there; Mark exits as well. Kevin says that he is surprised by the million dollar credit line, and makes an offer of $55,000 in exchange for a royalty of a dollar per unit which then goes down to $.75 per unit once the original $55,000, but the deal is perpetuous; it will go forever.

Lori says that she can tell instantly if a pitch is a hero or a zero, and the minute that the two girls walked into the Shark Tank, she thought that the PurseCase was a superhero, but she really liked it. The PurseCase is much like something that she already sells, but because she’s already sold hundreds of thousands of her own, she thinks she can sell hundreds of thousands of the PurseCases, too. Her offer is $55,000 in exchange for a 15% stake, and that is it – no strings attached. The two girls immediately agree to Lori’s deal, finding their $55,000 investment and a partner with Lori.

The partnership with Lori Greiner was exactly what the girls wanted, and it paid off nearly immediately. Not only did Lori commit to loads of sales through her the QVC platform, but major Staples also showed major interest in the PurseCase, helping to bring it into a more international market. PurseCase is well on its way to becoming a famous fashion statement.