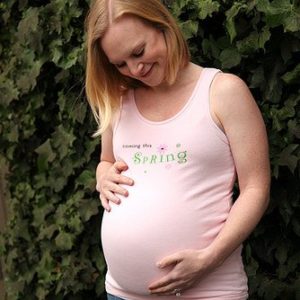 Kim Preis is someone who believes that it is extremely important to offer pregnant women an elegant way to represent themselves through clothing. It hardly ever seems like there are enough style options out on the market for expecting mothers who want to wear something that flatters their body and makes them feel beautiful. So she took it upon herself to create a novelty line of maternity wear that would give pregnant women a few more options. Not only that, but Kim also understands the redundancy of being asked “so, when are you due?” all the time, which is why she decided to include clothing items that have either the month, or season that the baby is due printed on them. This way passersby will have their answer before even asking the question

When Kim first introduced Samson Martin to the clothing market, it took off pretty well. She was able to supply her maternity pieces to upscale boutiques in her local area. For a while Samson Martin had no issue in making sales, but after the recent recession that has hit the market, making ends meet has definitely been a little more of a struggle. Now her current goal for the company is to start mass producing the clothing so that the sale price will decrease by a considerable amount and to also make it easier for her to be selling the Samson Martin brand on a retail scale. However, Kim knows that this isn’t a challenge that she could easily complete on her own. She needs someone with experience and connections within the business realm, which makes the Shark Tank the perfect place for her to be. Hopefully she can tempt one of the Sharks into taking a bite out of her clothing brand.

During Shark Tank – How it Went Down

Preis enters the Shark Tank seeking a $50k investment in exchange for a 15% investment in Samson Martin. After giving them her price, she explained where the inspiration for this brand came from. A little while back, a good portions of her friends were pregnant and they all spoke of how they were constantly being asked when they were due. Preis then came up with the idea to create shirts and tank tops that had “due in ….” printed on them. Since the original design of the clothing, Samson Martin has since expanded and created a few more designs that include the month or season that women are expecting to have their baby in.

The original plan of Samson Martin was to have it sold exclusively in the more expensive boutiques because she wanted to have her brand positioned next to other upscale brands. This way, she figured that Samson Martin would be portrayed as a more luxurious brand of clothing. However, that plan didn’t play out so well because the recession hit a short time later which made it more difficult for her to make clothing sales. Now what she needs to do is to come up with an economically friendly business plan that will allow her to mass produce the clothing and put it out into the retail world at more affordable prices. 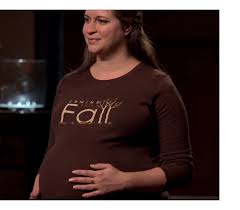 Over the last year she made $90k in sales and has been in the business for around 6 years. In total the Samson Martin brand has made around $1.4 million, and this has all come from her working in the basement of her home. In spite of that large number, Robert Herjavec asks if sales have gone down in recent years, which they definitely have. At the company’s peak, they made $400k in sales, which means that her last year’s numbers show a considerable drop in business.

Kevin O’Leary asks her what price she sells the clothing at. Tank tops range from $38 to $42 and the long sleeve shirts sell from anywhere between $55 to $60. Kevin Harrington asks what keeps other brands from using the phrases found on her clothing, to which Preis tells him she has a trademark on the words “due in”. In addition to that, Samson Martin has been received well not only in the press, but has been recognized by a few A-list celebrities like Angelina Jolie and Britney Speaks.

Regardless of that, O’Leary isn’t convinced that this is a good idea for a business because not only is she strictly appealing to the women consumer market, but these clothes are also reserved for pregnant women who will only be pregnant for 9 months. He thinks that would make it incredibly difficult to make a success out of that, but Herjavec begs to differ. To him, it’s good to have a business created for a specific niche in the market. Barbara Corcoran agrees with Herjavec because once you’re pregnant, none of your old clothes fit which means you have to go out looking for new clothing anyway.

The only issue that Herjavec seems to be having is that Samson Martin used to be a hot business, but then it fell out of the spotlight and he wants to know if they could get it back to the place it used to be. Preis doesn’t think they would have any issue in getting the business back on track because she put a lot of time and thought into it. She wants to make cheaper clothing and have it sold in places like JC Penny, Target, and other affordable retailers so that she can reach a larger percentage of people. However, when asked about whether she’s been in contact with these retailers, Preis responds by saying she hasn’t as a result of not having the proper contacts. Herjavec isn’t pleased with the answer she gave them because at one point, Samson Martin was a very successful brand, making her a successful business woman. She should have at least some reach in the marketing industry so it seems hard to believe that it wasn’t in her capability to reach out to these other businesses.

With the $50k that she asked for, Preis would use it towards marketing to get the brand’s name out there again, and also put it towards more production to fill the orders that are currently pending. But what her overall goal is to revamp the business, which Daymond John just doesn’t think is something that is going to work for her. Being the Shark in the room with the most experience in the fashion industry, he knows that there are a lot of big name brands out there who are trying to appeal to the same niche that Preis is, and it’s just not easy because of the way the economy currently is. So, he doubts that Samson Martin has much of a future which is why he decides not to invest. 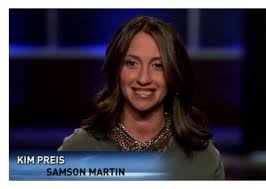 Harrington also decides not to invest because he thinks that the brand itself is a little too confusing for him. She has too many different styles of shirts, different colors, and various sizes to accommodate each stage of pregnancy. It just seems to be a little much for him. Corcoran also doesn’t see much point in investing because she doesn’t think that the business itself is all that creative. Then Herjavec takes his turn to say that he isn’t interested in being a part of a business that is restarting its uphill battle into the market.

That leaves O’Leary as the only Shark left in the tank. He wants her to give him just one reason why he should give her $50k to save this business. Her argument is that she made a $1.4 million dollar success out of her basement, but that isn’t what O’Leary wants to hear because he doesn’t care about what she did in the past. What he wants to know is what she is going to do now in order to get Samson Martin back on its feet. Preis just believes that she can do well with this brand like she used to. All she needs is a little help. However, O’Leary claims that this is a “t-shirt deal from hell”. His reasons are as follows; it only appeals to pregnant women, sales are decreasing, and the market is going stale. As much as he would like to find a reason to invest, there just doesn’t seem to be one.

After giving her his speech on exactly why this company is a death trap, O’Leary finally says what everyone has been waiting to hear. He is out and that leaves Preis empty handed. Unfortunately she must leave the Shark Tank without having any new investors to help reboot her maternity brand. 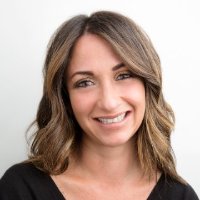 After this heated episode of Shark Tank aired, Preis admitted to being very disappointed in not being able to make a deal with the Sharks. She also responded to O’Leary’s rant about Samson Martin, saying that it was “a little disrespectful, and a little unnecessary”. This is definitely a polite and fair assessment of Mr. Wonderful’s harsh evaluation of the company, but O’Leary is perhaps one of the most infamous of the Sharks in the tank. He always has money on his mind and has no issue in bluntly stating his opinions. However, despite being a little unkind at times, he has a way with knowing which businesses are worth investing into and which are not.

Kim did attempt to keep her clothing line on the market for a while longer after the show aired. The Samson Martin social media accounts were updated regularly until around 2013. It probably became a little too stressful and financially straining for her to keep the business afloat in the midst of the recession, so she had to close shop. The company’s official website has also been taken down in the past years, so it can be assumed that Samson Martin didn’t make the breakthrough that Kim had been hoping for.