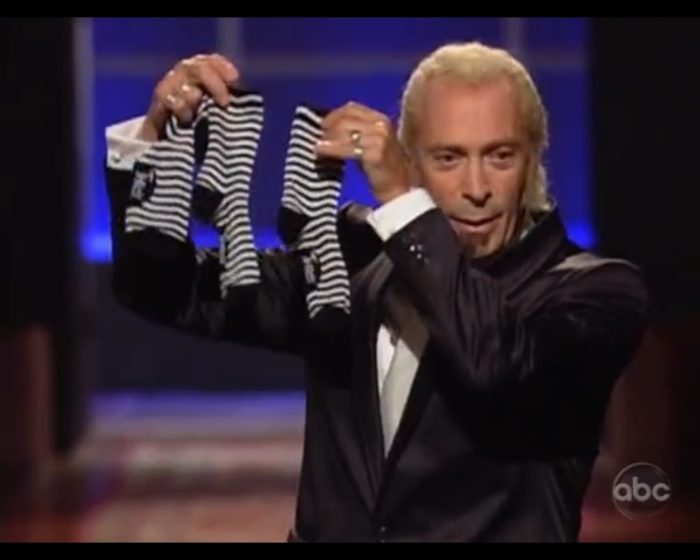 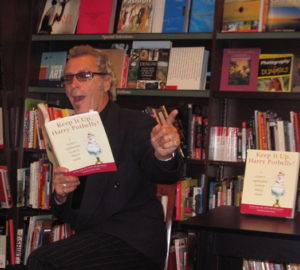 Before Edwin Heaven appeared on Shark Tank, he started as a screenplay writer and sold dozens of them. He also directed and produced a couple of short movies and appeared multiple times at international film festivals.

Edwin Heaven states that he has also written and directed over a hundred radio and television commercials. He won the AAF’s Best of the West award seventeen times. Next to all of these things, Edwin Heaven also handled a couple of rock bands, such as The Tubes and The Nuns. He is the father of movie actress Audrey Heaven.

Edwin Heaven claims that he has the cure for the missing sock. He came up with the idea when he noticed that a lot of people where losing one of their socks, which made them throw away the other one. To solve this problem, he starting manufacturing Throx, which are packages of three socks. This way, even if you lose one of your socks, you will still have a pair of them and you wouldn’t have to throw any socks away.

“Edwin Heaven walks confidently and stands in front of the Sharks”

Edwin Heaven states that he is looking for an investment of fifty thousand dollars, in exchange for a twenty five percent stake in Throx.

Edwin Heaven asks the Sharks what they do when they lose a sock, if they scream bloody murder or kick the washer and dryer. Edwin Heaven states that he has the solution for the problem where people keep losing their socks, and his solution is called Throx.

Edwin Heaven states that Throx stands for Three Socks, so that when you lose one of your socks, you will still have a pair.

Edwin Heaven answers the question by saying that he believes that Throx has legs.

“Robert Herjavec asks Kevin Heaven what his sales are today” 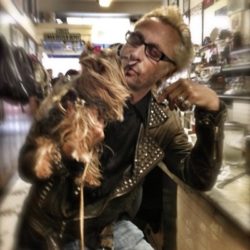 Kevin O’Leary states that if Edwin Heaven actually started taking any market share from the established sock makers, they would crush him like the vampire cockroach that he is.

Kevin O’Leary also states that Edwin Heaven does not have any sales and that he has about zero percent of the market share for socks.

Edwin Heaven states that he entered the market, and that he had to do it all by himself.

Kevin O’Leary states that if Throx works, and if the sales go up to ten million dollars, the other sock manufacturers would notice that a pack of three socks are doing very well in the market, and they would crush Edwin Heaven in two seconds.

Edwin Heaven answers the question by saying that a person cannot patent a package of three socks.

Barbara Corcoran states that she would love to purchase one or two sets of Throx for Christmas, in order to get a smile on somebody’s face. She states that she doesn’t see Throx having any repeat sales, and for that reason, she is out.

At the end interview, Edwin Heaven states that he finds it disappointing that the Sharks saw Throx more ass a novelty product than a serious product. 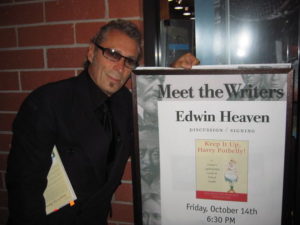 When Edwin Heaven appeared in front of the Sharks, it seemed like he was joking around. He kept making cheesy foot jokes, because his products are socks that are packaged in threes. He did state that he has sold over eight thousand packages of Throx, which is about thirty eight thousand dollars in sales. Watching Edwin Heaven on Shark Tank was pretty painful, especially because none of the Sharks seemed to be interested in his products.

Edwin Heaven is selling Throx, which are socks that come in threes. This way, when you lose one of your socks, you will still have a pair. None of the Sharks were interested in investing in Throx, especially because it all seemed like a joke to them. In their opinions, Throx was nothing but a novelty product, which you would purchase one or twice at Christmas. There is no mention of Throx being the best or worst on Shark Tank, but it was pretty obvious that none of the Sharks wanted to do anything with Edwin Heaven and his products.

Even though it came to me as a big surprise, the official website of Throx is still online to this date. You can find the website at http://www.throx.com, and once you click on the link, you will quickly notice that the website is really outdated. The official Throx website still uses a Flash intro, which is something you would see on websites from the early 2000’s.

You can look around the website and find more information about Throx, but everything seems to be written in a jokingly matter. It is very clear that Edwin Heart is behind this website, because he was also joking around a lot when he was pitching to the Sharks.

There are several different Throx designs available, from regular and cotton Throx to Thigh Highs. Many of the products are obviously not available anymore, and when you try to add them to your cart, you will receive an error message. However, I did manage to find a couple of designs that were still available on the website. The regular socks go for $13.33 per package and the thigh highs go for $16,66 per package.