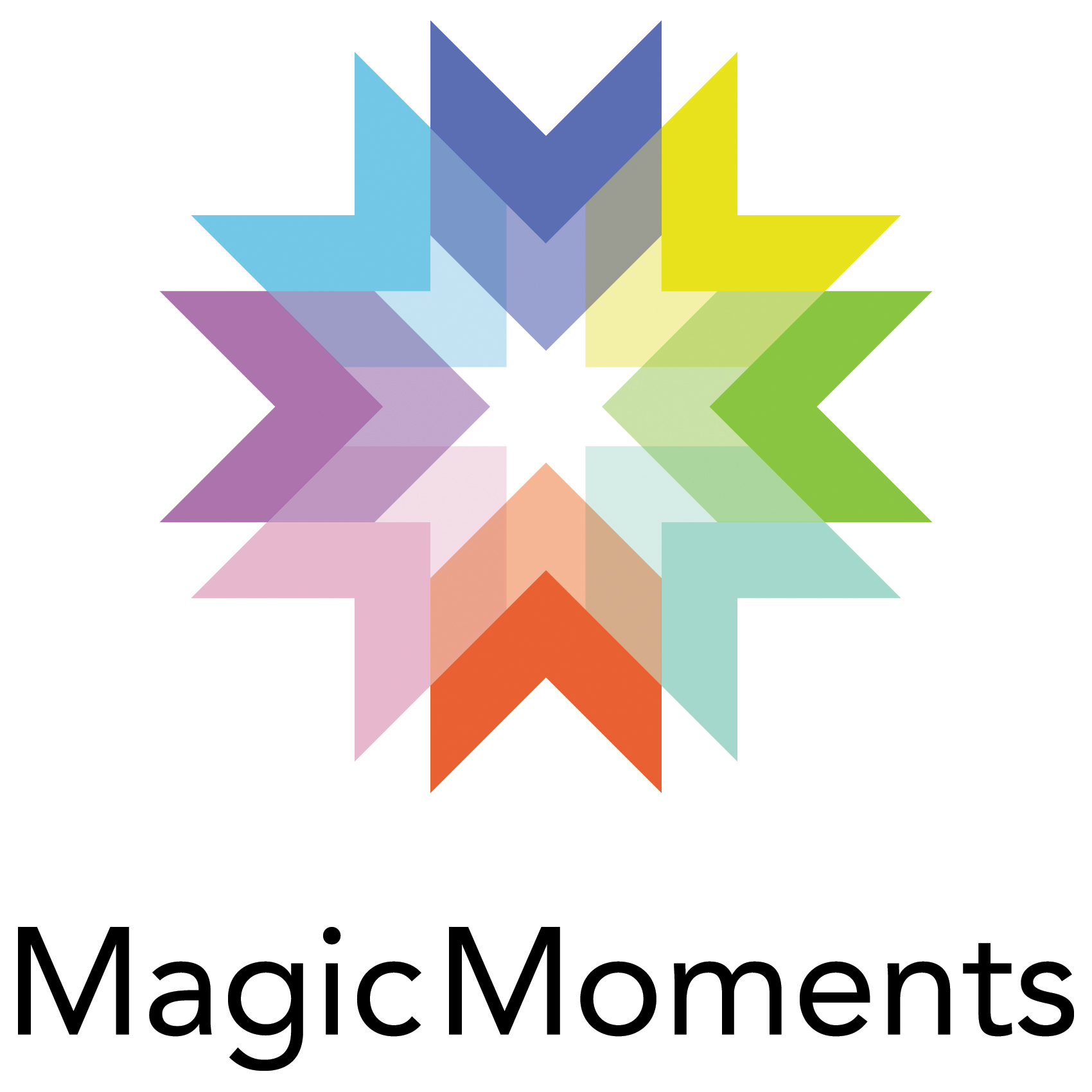 Ever wish you could take a picture that you own the licensing to and put it on a mug or a t-shirt? Well, you can already do that, but how about from your Smartphone? Magic Moments promises for their users to take the photos that they snap and place them onto any number of items, and allow them to be sold using an official marketplace – all while offering the user a percentage of commission at no cost to them. Read on more to find out about Magic Moments…

Millions of people take photos on their cell phones every day. Magic Moments allows you to take these photos and create customized products, all directly from your phone. The key difference is that Magic Moments lets you create these products on-the-go; no longer do you have to rely on the bulkiness of a digital camera and hooking it up to your computer and uploading the photo to your computer to then be edited for a product. For the first time ever, Magic Moments also allows for money to be created off a product that you may have customized. Once you’ve created a product, you can share it, keep it for yourself, or even sell it and make money in the marketplace.

How does it work? It’s as easy as one, two, and three! First, you take a photo. Then, you upload the photo to the Magic Moments app, add a product, customize the product, and when finished customizing, wait until your product is delivered directly to you! The types of products offered by Magic Moments includes t-shirts, iPhone cases, mugs, mouse pads, coasters, canvas bags, and hundreds of other products. There are numerous phone applications that allow for the user to create a t-shirt or something similar, but there are none that allow you to sell the products.

Kevin is the first to interrupt the pitch, with a question from reality; is there any evidence that this will actually work, can they actually get people interested in Magic Moments and using the application? Kevin also mentions the legality of copyright; these images have to be non-copyrighted. Trevor assures Kevin that the interest is out there, and while there are no concrete numbers out there, the interest does exist. Robert asks about the clarification of the process, saying if he were to take a picture of fellow shark Lori and put it in a coffee cup, could he also put it up on the Magic Moments site and allow for others to buy the same product? Trevor starts by saying that there are countless “iphone-ographers,” or photographers who prefer to take pictures with their mobile phone or similar mobile device. Everyone has become a photographer these days.

Daymond follows Kevin’s lead, and says that if he were to take pictures of a family, wouldn’t there be a challenge on the market? The George brothers reply back with intellectual property, copyright infringement, and using images of others for commerce; however, they have secured an exclusive relationship with a public company, Cafepress. Cafepress are actually the back-end manufacturers with Magic Moments and come with global distribution, and every image that a user would take, whether it’s to buy or to sell, is passed through Cafepress’s legal team which they then approve or deny based on a set of criteria. Lori asks about the forecast of who would use the marketplace to sell their item, who does that feature appeal to; Trevor replies that there is a personalized side, like for weddings and dogs. Robert is still confused about how the process works, asking who would buy a mug if he were to put a picture of his dog on the mug. Trevor replies that nobody would buy it since there is scenery and other interesting items, and Mark interrupts to ask why the customer wouldn’t just go to Cafepress. Trevor insists that Magic Moments is Cafepress’s official mobile app, and in order to secure an exclusive deal with Cafepress, Magic Moments had to undergo a licensing agreement. Magic Moments actually serves as the mobile arm of Cafepress.

Daymond asks about sales, and the George brothers reply that there are no sales yet; they are pre-revenue. Almost every shark audibly groans in response to this. Kevin asks if Cafepress is taking money in the form of royalties or if it is a straight equity deal; Trevor answers that it is a royalty deal. Mark asks why Cafepress would enter into an exclusive deal with Magic Moments, and Trevor says that at the time of haggling a deal with Cafepress, Magic Moments was the only technology like that that existed; all they had to do was take the technology and map it into Cafepress’s systems. Robert asks what about the technology of Magic Moments makes it unique, and Blake says that the uniqueness of it is that anybody can create and buy anything from their phone; Kevin interrupts and says that anybody can already do that, but Trevor says that there are only three companies that can actually do that at the moment –  Cafepress, Zazzle, and Shutterfly. Daymond speaks again, bringing up the valuation of the company – since they are seeking $500,000 for a 15% stake, their company was valued at $3.33 million, but they have not made any sales yet. This means they are probably already in a money-raising situation, which the trio from Magic Moments agrees with. So far, they have raised $500,000 from family and friends in exchange for 33% equity split among all them.

Kevin says that as an experienced investor, he always takes the valuation of companies and sees if he can find different or cheaper ways to emulate the investment he might potentially be making. Kevin continues on to say that he thinks he can find a way to emulate this product for $300 to $400 thousand, and that he does not buy the premise or the valuation of Magic Moments, then exits the deal.

Sanford speaks up, telling the Sharks that they might underestimate the power of the little device that sits in their pocket (the cell phone, of course) and connects with hundreds of millions of people around the world, and that the portable device that connects with all these people could be the next biggest content creation tool. Kevin mocks Sanford, saying that he is the first person to say this in Shark Tank. Mark says that if the person’s ultimate goal is to make a profit, then would the trio not think that someone would take the extra 5 minutes to transfer the file over to the computer since the computer is a whole lot easier to work with and manipulate the photo on? Sanford replies that he already does that; Mark says Sanford misses the point, and is the second shark to fold out of the deal. He explains that someone looking to make revenue will not care if the application is mobile, since the computer interface is easier to work with.

The trio from Magic Moments look to Daymond next, and explain that they already have a copyright on the name and that Magic Moments in any language will have the same meaning. Daymond counters by saying Magic Moments could be anything; viagra, a laxative, anything. Until they have proof of concept in sales, they are only working off an opinion, not a fact. Daymond insists he would like to miss the boat on this investment, and is out as well.

Lori wants to know why somebody would buy something from pictures other people take; when she does not receive a response, she is out as well. Robert is the last Shark remaining, and offers his input; he thinks what the trio need are some immediacy, but that they have not proven that such a marketplace actually exists for demand. That is his challenge with the entire premise, and does not find that there is a lot of demand in reality for Magic Moments; he is out as well. 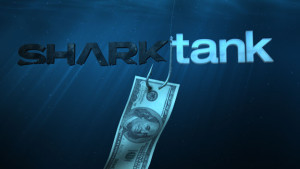 The Sharks, being as savvy as they are, should know about Cafe Press as it’s actually used as the ecommerce platform for the Shark Tank Store. After looking over it, I personally don’t think Magic Moments generates enough income or sales to get the sharks interested in the platform. As of now there simply doesn’t appear to be enough interest in a mobile marketplace where people can create goods and knick-knacks using pictures that they have snapped.

Magic Moments has barely been advertised at all since its appearance on Shark Tank, as well. I think it’s safe to call Magic Moments dead.