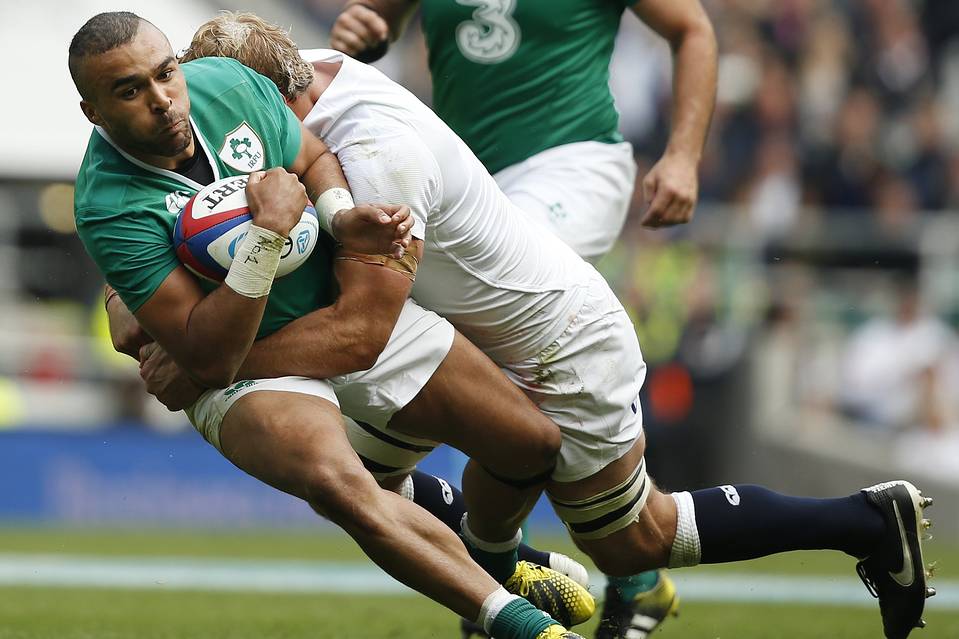 Rugby is one of the most popular sports in the world, and just like with any other sport, talented players are able to make very impressive salaries. Although the salary of the average rugby player doesn’t touch the salary of, say, a professional footballer, they are still much larger than the average office zombie could ever dream of. Who are the highest paid rugby players? In this article, I’ll talk about the top ten highest paid rugby players, based on what each player stands to earn in 2016. Without further ado, let’s take a closer look. 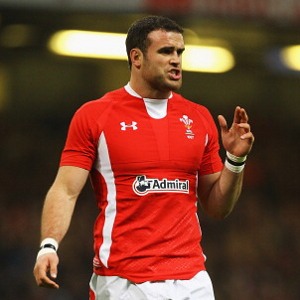 Jamie Roberts is a rugby union player whose presence on the field looms large. The center stands at 110 kg and nearly two meters tall, and his style of play suits his size. Roberts is known to play powerfully, delivering crushing tackles and running through fantastic breaks. He spent the majority of his career with the Cardiff Blues between 2007 and 2013, but he left the team for Racing 92, where Roberts continued to flourish. In 2015, he signed with the Harlequin Football Club, in a contract that served to sufficiently pad the man’s wallet. 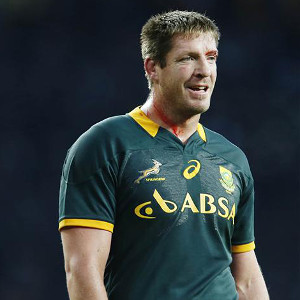 Bakkies Botha has been playing the game for a while now, and to this day, the South African is one of the most decorated professional rugby union footballers of all time. Like Jamie Roberts, this lock is well known for a physical and confrontational playing style. (In fact, Botha has been surrounded by a decent amount of controversy over the years for “crossing the line” physically during a few matches.) Regardless of controversy, though, you can’t deny that Botha is a true talent. Over the last few years, he has played an instrumental role for Toulon, a club that has won the 2013, 2014, and 2014 European Rugby Champions Cup finals. 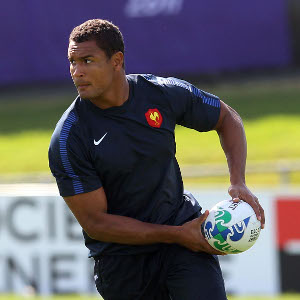 Thierry Dusautoir has only been playing rugby since he was sixteen years old, but this Ivorian has taken Six Nations rugby by storm as of late. As a member of France’s international team, he made a name for himself by being both quick and strong, a deadly combination for any flanker. He is a strong leader, having captained France during the 2011 Rugby World Cup Final, and in that same year he won the IRB Player of the Year, which are obviously two very high honors. He has eased himself out of the international game recently, but he continues to play for Toulouse to keep himself sharp. 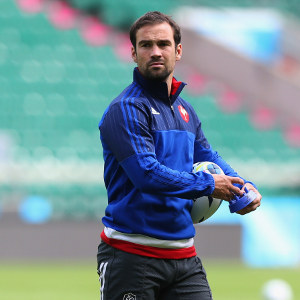 Morgan Parra is on the small side, but he is one of the most beloved and talented players on the French national team. Parra began playing rugby when he was four years old, and he made the French National Team in 2008 at the age of 19. He floated a little under the radar for his first couple of years, but he stepped into the spotlight in 2010 when he helped lead France to victory in the 2010 Six Nations Championship. Parra is known for being a talented scrum-half/fly-half, and he is also known for being a strong and vocal leader. Although he’s not the most physically imposing player out there, he certainly has an imposing reputation. 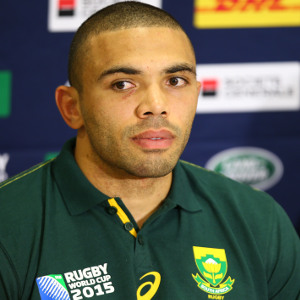 Bryan Habana career started off strong — his first touch in test rugby resulted in scoring a try — and he rose to prominence due to his exemplary performance during the 2007 Super 14 and World Cup. That year, he won the IRB Player of the Year Award for his superb play. After 2007, critics couldn’t help but notice that Habana seemed to be losing a little bit of his spark. He wasn’t really nabbing headlines like he used to. However, in 2013, he was signed by Toulon in a three year contract, where he went on to help the French powerhouse win multiple championships. 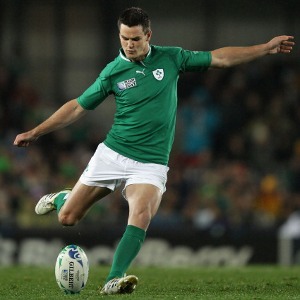 And now we’re brought to the first Irishman on our list. Jonathan Sexton is a highly skilled fly-half, and he began his career at St. Mary’s College in Dublin, where he attracted a lot of attention by scoring a last-second drop goal in the last seconds of a Leinster Senior Cup win. Sexton has been on Ireland’s national team since 2009, and he is thought to be the star player on that team. He is an absolute force on the field, with excellent defensive and passing play. Sexton is thought to be one of the most well-rounded players in the rugby union, and he is paid accordingly. 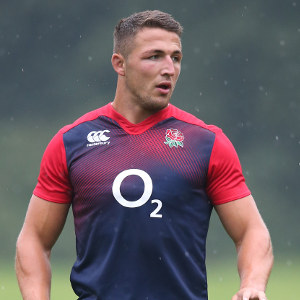 Rugby runs in Sam Burgess’s family. His father was a rugby league footballers, and both of his brothers are rugby league footballers. Sam Burgess had a prolific career in the rugby league with the Bradford Bulls and with South Sydney, and he was thought to be one of the strongest players in the league. Some have thought that one of the worst career moves that Burgess made was switching to the rugby union in 2014, and he was thought to have been a major anchor to England on the international stage. He has recently announced that he will return to the rugby league (luckily) and the world is looking forward to seeing how well he performs in the 2016 NRL season. 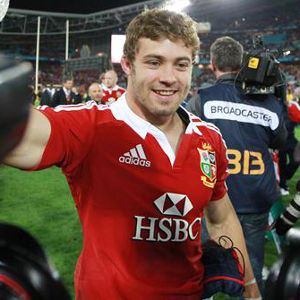 Leigh Halfpenny plays club rugby for the prestigious Toulon, and he also plays international rugby for Wales. (To this day, he holds the record for having the third highest amount of points scored for Wales.) The winger/fullback has struggled with injuries in recent years, but he has still been able to make a massive impact in the game. On the club level, during the 2015 European Rugby Champions Cup Final, he was able to single-handedly score 14 points to help Toulon beat Clermont and win the title. On an international level, he has been able to break records for most points in a single test during the 2013 British and Irish Lions tour to Australia. Halfpenny is only 27 years old, and he has already made a name for himself as a footballer. 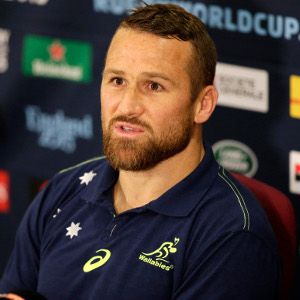 Matt Giteau has played for Toulon since 2011, and he played on the Australian international team between 2002 and 2011. In fact, it was something of a controversy when Giteau left Australia for Toulon in 2011. He saw a significant amount of success with Toulon, helping the team win the 2013 Heineken Cup Final and 3 consecutive European titles. Recently, Australia fought ferociously to allow Giteau to return to the national team in 2015, which they were able to do successfully. That same year, he was able to score his 30th international try in a game against England. Australia was able to reach the Rugby World Cup final, but they ultimately fell to New Zealand. Regardless, if that year was any indication, it looks like Matt Giteau still has a lot of great matches ahead of him as an international player. 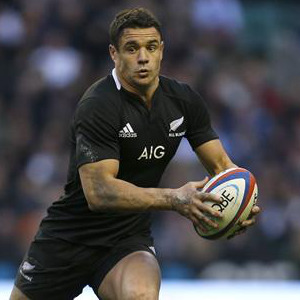 Dan Carter is, without exaggeration, thought to be the best fly-half to have ever played the sport. He currently plays for Racing 92 and for the New Zealand national team, where the Kiwi has absolutely dominated at nearly every stage of the game. Carter has been nominated for IRB Player of the Year five times, and he has won the award three times. He holds the record of being the greatest all-time international rugby leading point scorer, as well as being the greatest all-time super rugby leading point scorer. During his time with New Zealand, the team has won nine individual Rugby Championship titles. He is without a doubt one of the most talented men in rugby right now, and when you look at all of his accolades like this, it’s honestly surprising that he’s only paid £1.4 per year.