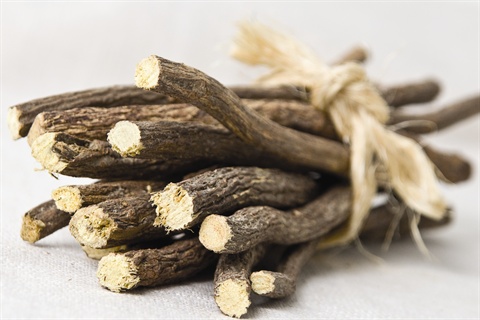 Nexium or esomeprazole is a proton pump inhibitor (PPI) prescribed to people who are suffering from gastroesophageal reflux disease or in short, GERD. This is a type of chronic digestive disease where the stomach’s content comes flowing back up to the throat because the lower esophageal sphincter (LES), the one responsible for preventing the food to return to the esophagus, improperly relaxes.

Though Nexium plays an important role in the treatment of this very common disease, more and more people are still looking for other alternatives. This is because of the side effects that it may cause especially if taking Nexium for long term. These side effects range from the common ones like diarrhea, vomiting, headache to severe like hives, hypertension, water retention, bloody stool, chest pain and bone fracture.

Fortunately, there are natural alternatives that may be effective for some users. Along with these natural alternatives, a healthy diet, avoiding trigger foods, quit smoking are also some ways to prevent and treat GERD. Though these are considered safe for use, it is still best to always check with your doctor before taking any of these alternatives. 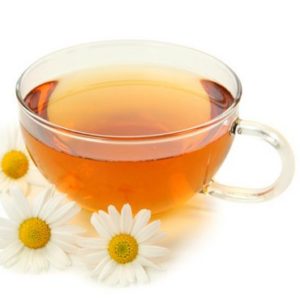 There are two types of chamomile, German chamomile and Roman chamomile but the most popular is the former. Studies show that drinking German chamomile tea does not only promote general relaxation, it also helps in lessening the severity of digestive problems such as stomach pain, diarrhea, cramps, nausea and GERD or acid reflux if taken at least three times a day. Other uses of German chamomile include soothing burns and skin rashes, alleviate sleeping disorder (insomnia) and heal mouth sores and prevent gum disease. Though this soothing plant’s common form is tea, it is also available in capsule, tincture, essential oil, cream and ointment forms. Whether this gentle herb is used internally or topically, the side effect is very uncommon that’s why it is very safe to be used by both adult and children. German chamomile is even included in the list of substances Generally Recognized as Safe (GRAS) in the United States. But for those who are allergic to ragweed, daisies and the likes should avoid taking this product. 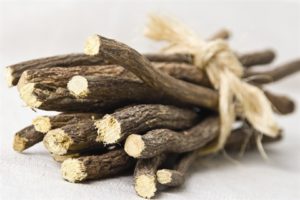 This tall shrub with purple to bluish flowers can be found in Europe and some parts of Asia. The active ingredient of licorice which can be found in its roots is called glycyrrhizin. There are two types of licorice root extract being sold in the market and it is very important to know the difference between them. The first type of licorice extract is the one that contains the active ingredient glycyrrhizin which helps in preventing the breakdown of cortisol, a stress hormone in the adrenal gland, and restores its normal level. Due to its effect in the adrenal gland, it can elevate the body’s blood pressure so it would be best to avoid this if suffering from heart disease and hypertension. The other type is the deglycyrrhizinated licorice or DGL, where the active ingredient is removed. It is an effective treatment for people suffering from acid reflux, heartburn and peptic ulcer without the side effects of the other type. As a demulcent herb, it helps by providing a soothing coat in the upper gastrointestinal tract, lessens the irritation and inflammation in the intestine. It is best to take DGL licorice in its chewable form as it should be mixed with saliva for maximum efficacy. 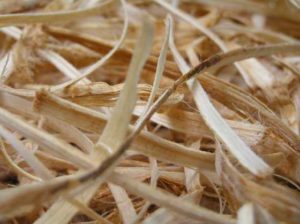 A native to North America, slippery elm’s medicinal part is its inner bark where the active ingredient called mucilage can be found. Just like DGL licorice, slippery elm also protects the gastrointestinal tract by increasing the mucus secretion. This mucus sooths and coats the intestines to make a protective shield that counters the stomach acid. It is often recommended to relieve patients suffering from excess acidity, GERD, Crohn’s disease, irritable bowel syndrome (the inflammation of the intestine), diarrhea and sore throat. If taking other medications or herbs, it is advisable to take the slippery elm several hours before or after taking them. This is because of the coating it leaves in the digestive tract which may slow down the absorption of the drug or herb. Slippery elm is available in tablets, capsules, lozenges and tea. 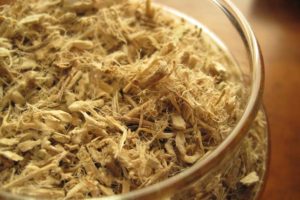 Another type of herb that contains mucilage is the marshmallow root. This herb was used since ancient Egypt as a source of food and medicine. It offers the same effect as the slippery elm where it sooth and coats the delicate intestinal tract from gastrointestinal acid. In addition, it also aids in healing the damage that is caused by too much acid. When under certain medication, keep in mind that the marshmallow root may interfere with the efficacy of the medication as it leaves a coating in the stomach lining. Take the marshmallow root two hours before or after the medication. Available forms of marshmallow root are tea, capsules, creams, tinctures and cough syrup.