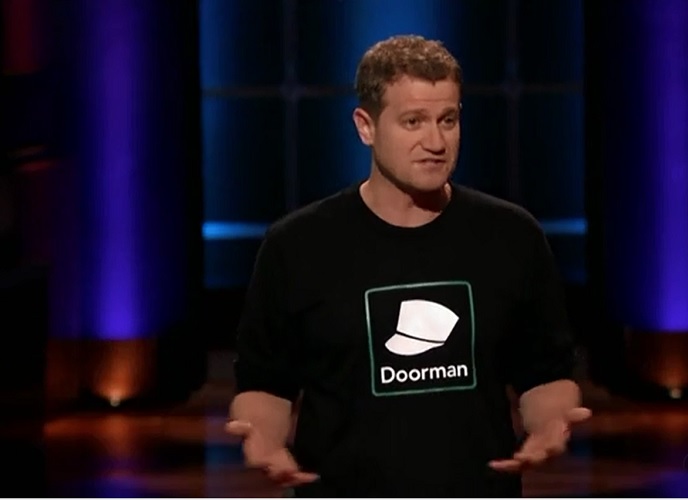 The High Street is Dead! There, I said it. We’ve all known for a while that the poor old thing was looking a bit sick, but no-one wanted to say anything. In reality, the High Street in 2016 is a long way from dead, but who can doubt that the technological age that we live in, and in particular the internet, has forced it to adapt to survive.

Uber, the internet based car-sharing service, is essentially an unofficial but legal cab service, and was founded in San Francisco, California in 2009. Its effect on towns and cities across the World has been a well-publicised display of the changes occurring in the World today, as a technologically proficient generation find news ways to make money using the power of mass-communications, and in the process, clash heads with the old established order.

But thankfully, the turmoil caused by the Uber controversy is a rare thing, usually the internet is a source of great pleasure to all of us, no matter how we choose to use it. Zander Adell was a perfect example of the technological generation, he was a technical director at the prestigious digital arts company Pixar, working on films such as Wall-E, and Toy Story 3, by coincidence he also happened to come from San Francisco, the birthplace of Uber.

Zander was a big fan of Uber, he used it on a regular basis, and that helped him achieve his moment of inspiration upon missing a parcel one day. He thought to himself ‘Why can’t this work like Uber?’ and with that, the concept of Doorman came to him in a flash. Unlike Uber, it was an idea that that would be welcomed by everyone, well those of us who always miss deliveries anyway. He founded Doorman in 2011, a business that would take care of parcels for its subscribers, and deliver them to the customer at a convenient, pre-arranged time. Development on an app began, and a rough beta version of it was finally released in March 2014.

The business started small, but Zander knew that to scale up the company would take considerable funding, he applied to appear on Shark Tank in early 2014. He was eventually accepted to appear on the show and finally made his pitch to the sharks late that year.

When the young entrepreneur came to the Shark Tank, he was hoping to persuade a shark to invest $250,000 in exchange for 10% equity in his Doorman business.

Zander was a cool, concise and articulate speaker. He pitched his Doorman service to the sharks in a relaxing and convincing tone. He explained about the on-demand service that customers could subscribe to, via their phones, and have packages delivered to the Doorman warehouse. They could then have the package delivered to them by Doorman on their own schedule, seven days a week, up until midnight. He said that he needed the help of the sharks to develop the business nationwide, and bring a fully convenient internet shopping experience to the quarter of a trillion e-commerce market in the United States.

The sharks were impressed, mentioning the ‘T word’, Trillion, in front of them had helped a little too. Robert Herjavec seemed particularly interested, he asked how the subscription service worked. Zander told him that customers could pay $3.99 per individual package, or take a monthly subscription for $19, as the service was provided via customers phones, convenience was the main appeal of the doorman service, everything could be arranged at the touch of a button.

Kevin O’Leary asked which cities the company was operating in. ‘Only San Francisco’ replied Zander. Lori Greiner inquired how many subscribers the business currently had, Zander told her that the company had been launched 8 months earlier, yet had already gained over 300 subscribers, and had delivered more than 4,000 packages in that time.

Robert Herjavec asked what the set-up costs for the business had been. Zander revealed that he had put $50,000 of his own funds into the company, and the business had taken on $220,000 in convertible notes, a type of bond that can be used to raise capital, and later converted to either cash or equity by the investor.

Kevin O’Leary asserted his belief that UPS, Fedex, or any other big carrier could simply provide the service themselves. Zander asserted that he was independent from other carriers, and would take any package, unlike Fedex or UPS who would all require their own app. It was a great answer, typical of Zander’s presentation, of himself as well as the Doorman business, which had been superb throughout his appearance.

Xander elaborated some more, he offered a differently priced set of subscription types, more expensive ones would guarantee a tighter delivery window for the customer, down to 1 hour. Doorman drivers also drove their own cars, the only overhead the business incurred was renting warehouse space. He told the sharks that his ultimate dream would be to get the Doorman service included as an additional service with online retailers. The sharks loved the idea, ‘Like Amazon’ remarked Lori Greiner, looking ahead and seeing only good things.

Lori thought the concept of Doorman was a great idea, she had personal experience of failing to meet deliveries, and believed the market for such a service would be strong. But Lori had difficulty seeing how the business could continue to scale up to more cities after a certain point, without also scaling up its overheads. Xander revealed that population growth was a good thing for the business. More tightly packed deliveries would lower costs, increase efficiency and improve the service. One driver would easily be able to make more deliveries if the destinations were closer together.

Kevin remarked ‘It’s Uber again, one city at a time’, and Robert Herjavec nodded in agreement.

Robert wanted to know what the marketing plan would be if Doorman were to move into a new city. Xander told him that so far he had been forced to rely on Facebook for customer acquisition, and at 37 dollars per customer, it was almost prohibitively expensive for the new start-up. Robert asked if Zander had any agreements with UPS or Fedex. Zander admitted that although he would love to set up such an arrangement, the Doorman business was just too small to be noticed by the big players yet.

Lori asserted that Doorman needed nationwide coverage, Kevin said that seven cities was all that were needed, to cover 50% of the population of America. Zander revealed that the next planned area of Doorman operation Was Chicago.

The young entrepreneur was a fantastic speaker, extremely articulate, intelligent and likeable, and he had a great business brain to top it all off. The sharks eyed each other up, and they all silently considered their best options. Barbara Corcoran broke the silence, ‘We all like him, it’s obvious’ she asserted, ‘He’s very trustworthy’. Zander smiled, but looked surprised when Barbara announced ‘I think we should all go in on the deal.’, he recovered enough to tell her that he loved the idea fairly quickly, and he wasn’t the only one.

Robert Herjavec immediately commented that he loved it too. ‘I like it, I’m in’ Lori said soon afterwards. Zander had a deal, but no-one knew what it was yet, Robert made an offer that matched Zander’s original aim, $250,000 for 10% equity, but Barbara pulled him up, ‘I didn’t agree to that’ she asserted. She offered $250,000 for 20%, Robert quickly backtracked, and agreed that 20% was a better figure.

Zander revealed that 20% equity was too much for him to give away, the 10% he had been offering was already devaluing the Doorman business by a considerable amount. Robert urged him to make a counter offer, Zander replied that 12% equity would be acceptable, Robert jumped on the slightly improved offer and said ‘done’, accepting the counter-offer immediately.

Lori was put out, she felt that Robert was trying to sell her out, by accepting the lowest amount of equity, and therefore edge her out of the deal. It was quite clear that Lori was correct about Robert’s intention, even for a shark it was quite a ruthless move.

Lori told Zander that she was from Chicago, which was where he wanted to expand the business, she had already told him that she had plenty of influence in the city, and now she suggested that 15% equity would be a more reasonable figure. Robert told Zander he would do a deal for 12% equity on his own, right now, or he would be equally happy to share the deal with Lori. Lori responded with ‘15%’, having already stressed the benefits she would bring to Doorman.

Barbara clarified that Zander was no longer interested in a 20% equity deal and he confirmed he wasn’t. She dropped out and Zander thanked her for her time. Lori and Robert continued their battle briefly, but ultimately Robert’s better offer won the day. Under pressure from both of them, Zander, who clearly wanted as many sharks as possible involved, tried to persuade Lori to join the deal, but she would not budge, insisting that 12% was not enough equity for a shared deal.

Zander accepted Robert’s offer, $250,000 for 12% equity, and the new partners shook on the deal, both grinning wildly, as Lori shook her head silently at Robert, with a small glint of admiration in her eyes.

Doorman Now in 2018 – The After Shark Tank Update 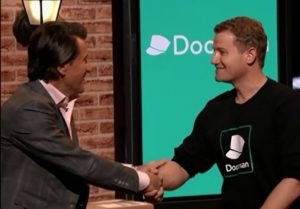 After the show, Zander revealed that although he had wanted more sharks involved in the deal, he was concerned that his fortunes in the Tank would suddenly change, and leave him without a deal. He was ‘super psyched’ to have Robert Herjavec involved in the business and had enjoyed the Shark Tank experience enormously.

Unsurprisingly, the dynamic Zander and his even more dynamic business has progressed in leaps and bounds since the segment first aired in January 2015. In August that year the company raised $1.5 million from seed funding, the following month another $1.5 million was raised.

Zander stated his aim before the show was primarily to expand into other cities, beginning with Chicago. In October 2015 that milestone was reached, and operations in the Windy city began. The new $3 million investment boosted the company growth so much, that Zander was able to achieve something even more impressive just one month later. The New York branch of Doorman opened, and the 8.4 million denizens of the big apple, joined the 3.5 million already receiving the benefits of the Doorman business, in San Francisco and Chicago.

Just like its notorious neighbor, Uber, and just as Kevin O’Leary predicted in the tank, Doorman has exploded into city after city, and as long as nothing too dramatic happens, Doorman is likely to be bringing its services to a city near you, sometime soon. But even if Doorman does attain Worldwide growth, it’s never going to cause fighting in the streets like Uber did, even if it did almost cause a Shark fight in the Tank.