What Happened to Bridget Marquardt from “The Girls Next Door”? 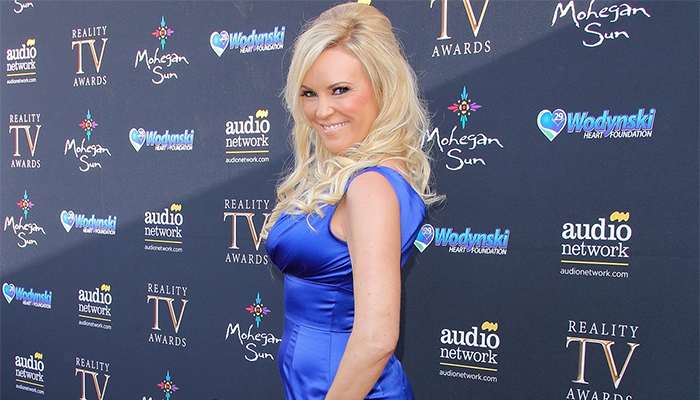 Bridget Christina Marquardt is best known for being one of the three Playboy bunnies on the E! reality show, “The Girls Next Door”ーa series which focused on the lives of Hugh Hefner’s three girlfriends at the extravagant Playboy Mansion. After starting a relationship with the Playboy CEO in 2002, the blonde was invited to move into the mansion as one of Hefner’s many girlfriends; she eventually stayed at Hefner’s residence for seven years alongside “The Girls Next Door” co-stars, Holly Madison and Kendra Wilkinson. However in 2009, Marquardt broke up with Hefner and moved out of the mansion, being the last out of the three original Playboy models, to do so.

Besides her role on the E! reality series, the former play bunny has also been featured on various television shows such as the “Celebrity Paranormal Project” and the American comedy, “Entourage”. After “The Girls Next Door” ended back in 2009, Marquardt was then offered her own reality series titled, “Bridget’s Sexiest Beaches”ーa travel documentary, in which she was the host of.

But where is the former Playboy bunny now? The blonde had appeared in countless television shows a few years back, but now that it is 2016, it almost seems as if she’s been slowly dwindling away from the small screen. Is the reality star still involved with show business? According to the blonde’s filmography, the last show (in which she had more than a single guest appearance) had been the documentary series “E! True Hollywood Story”, which ended back in 2011. What has the former playboy bunny been up to? Where is Bridget Marquardt in 2016? 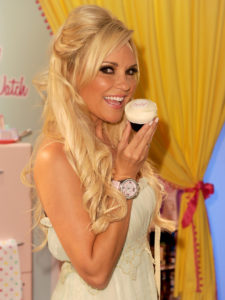 Bridget Christina Marquardt was born on September 25, 1973. Despite having been born in Tillamook, Oregon, Marquardt mostly grew up in Lodi, California as that was where she was raised after having moved there with her family when she was a young girl. When she was in fifth grade, her parents got a divorce. Marquardt’s mother eventually remarried a few years later, consequently leading Marquardt, along with her younger brother Edward to move into their stepdad’s ranch. The siblings later gained a younger half-sister named Anastasia.

As a young teen, the blonde spent her first two years of High School attending Gale Secondary and later transferred and graduated from Lodi High School in 1990. She eventually went on to graduate with an Associate Degree from the San Joaquin Delta College in Stockton, California. The studious Marquardt then went on to enrol in the California State University in 1994 from which she graduated from in 1998 with a Bachelors in communications and public relations. Three years later, she earned a Master’s Degree in Communication from the University of the Pacific in 2001.

After earning her Master’s, she returned to school yet once again for a graduate level course in broadcast journalist through the UCLA Extension program. An interesting factーthe final exam of this journalism course had caused Marquardt to miss her first Playboy photoshoot.

Bridget Marquardt and Her Start at a Playboy Playmate Career 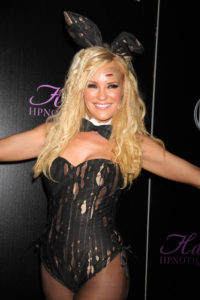 The blonde was first introduced to the idea of being a Playboy Playmate from her friends. She later sent a personal letter to the Playboy company, inquiring about its details prior to attending San Joaquin Delta College. When she was 25 years old, she officially entered the Playboy’s Millennium Playmate Search in hopes of becoming a Playboy Playmate. Having been unsuccessful in the audition, Marquardt eventually moved to Los Angeles where she appeared in small television roles and worked as a model.

It took the blonde two unsuccessful tries at testing for Playboy before she was finally accepted and invited to to enter the Playboy Mansion. It was not until October 2002, after over a year of visiting the residence, that Marquardt was finally invited to become one of Hefner’s mansion residing girlfriends. 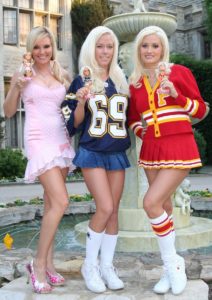 In 2005, Marquardt starred in the E! reality series, “The Girls Next Door” as the third musketeerーthat is, as Hefner’s third girlfriend. The television show mainly focused on the lives of the three girls (Holly Madison, Kendra Wilkinson and Marquardt herself) at the Playboy Mansion; Hefner and other celebrities have also made frequent appearances in the series. Not only did reality show “The Girls Next Door” promote Playboy Mansion life, but it also highlighted various other Playboy events such as the Playboy Jazz Festival, Playmate Test Shoots and Operation Playmate.

The reality show quickly became a success on the E! Network and had its first season expanded from its original 8 to 15 episodes. In fact, the show was so critically acclaimed that Playboy eventually ended up publishing a nude pictorial of the three playboy bunnies on an issue of their 2005 magazine. Marquart appeared on the series for 5 years, from the show’s debut on August 7, 2005 to January 2009ーshe was the last one to leave the Playboy Mansion from the original trio. Her final appearance in Playboy was marked by a nude photo spread shot with her fellow former housemates, Madison and Wilkinson; it also served as a farewell to show “The Girls Next Door”.

Ultimately it was this show that garnered her fame. Through “The Girls Next Door”, television viewers were able to appreciate the blonde play bunny’s personality; at that time, she was known as one of the three girls who were able to live a seemingly fantastic life at the Playboy Mansion.

Marquardt and Life After Living at the Playboy Mansion 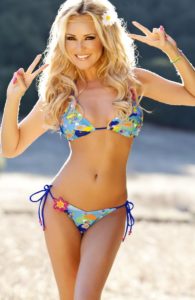 After her departure from the Playboy Mansion and the reality series, Marquardt was offered her own travel documentary titled “Bridget’s Sexiest Beaches” on the Travel Channel, in which she would be host and co-producer of. In the show, the blonde takes the audience on a series of adventures exploring the beaches of various countries in the world and participating in the local nightlife and activities. The travel documentary series was released in March 12, 2009 and lasted for one season.

A year later in 2010, the former Playboy bunny announced plans of producing her own reality seriesーit would follow her life after departing from the Playboy Mansion and focus on her current relationships. The pilot episode was quickly shot and sent off to E! for approval. However while the rest of the show was scheduled to start filming in April 2010, it was eventually cancelled as it was ultimately not picked up by E!.

In terms of relationships, Marquardt was rumoured to have started to date Nicholas Carpenter, an American film director, back in early 2009 after her breakup with Hefnerーthe couple are still today to this day. The pair got engaged in the fall of 2015 and currently reside together in a house purchased by the blonde in Sherman Oaks. They reportedly also have a Pekingese dog named Wednesday. 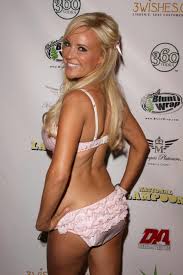 On the television front, the former Playboy model has recently appeared in an episode of the American talk show, “Hollywood Today Live” back in May of this year. She has also made several appearances in the “Girls Next Door” spin off series, “Kendra on Top”, which focuses on the life of Marquardt’s former mansion-mate, Kendra Wilkinson. The blonde has guest appeared in three episodes to date.

Besides making television appearances, something else appears to be eating up Marquardt’s timeーher wedding! Yes, it looks like after seven years of being in a relationship it looks like the 42 year old will finally be tying the knot together with fiancé, Nick Carpenter! Marquardt announced the happy engagement via Instagram in October 2015 with a photo of her diamond-encrused spider ring. We’re happy for her already!

Wedding wise, the blonde has also surprised everyone by announcing that she will be inviting both Holly Madison and Kendra Wilkinson to her special day, despite the current feud between the two. To make things even more imaginably awkward, Marquardt has also invited former boyfriend, Hugh Hefner to the wedding. Looks like we’ll just have to wait and see how the wedding goes!

Besides wedding news, Marquardt has also recently been in the headlines for having been on the receiving end of an apology by former “Girls Next Door” co-star, Kendra Wilkinson. This all started in 2009 after the two girls broke up with Hefner and moved out of the Playboy mansion; at that time, Wilkinson had slighted Marquardt by informing the media that the two co-stars were never friends. But still, better late than never, right? It looks like Wilkinson has taken it into her own hands by initiating the apology in a recent episode of Kendra on Top, which aired in May 2016. Their rocky past might just have been patched up in time for the blonde’s wedding!

In addition to all that, the former Playboy model has also been occupying herself with making accessories for her new Etsy shop. Given that the reality star loves decorating and dressing for the holidays, it’s really no big surprise that she has opened her own store on Etsy, right? Her store offers a cute handmade selectionーeverything from aprons to hair clips! With both her wedding to tend to, and accessories to be made, it’s no wonder she’s been so busy!

If you’d like to stay updated with Marquardt to keep up with everything that she’s been up to, you may be interested in knowing that she is active on both Instagram (@bridgetmarquardt) and Twitter (@Bridget). She also has an official Facebook page for those of you who perform the online blue and white platform!