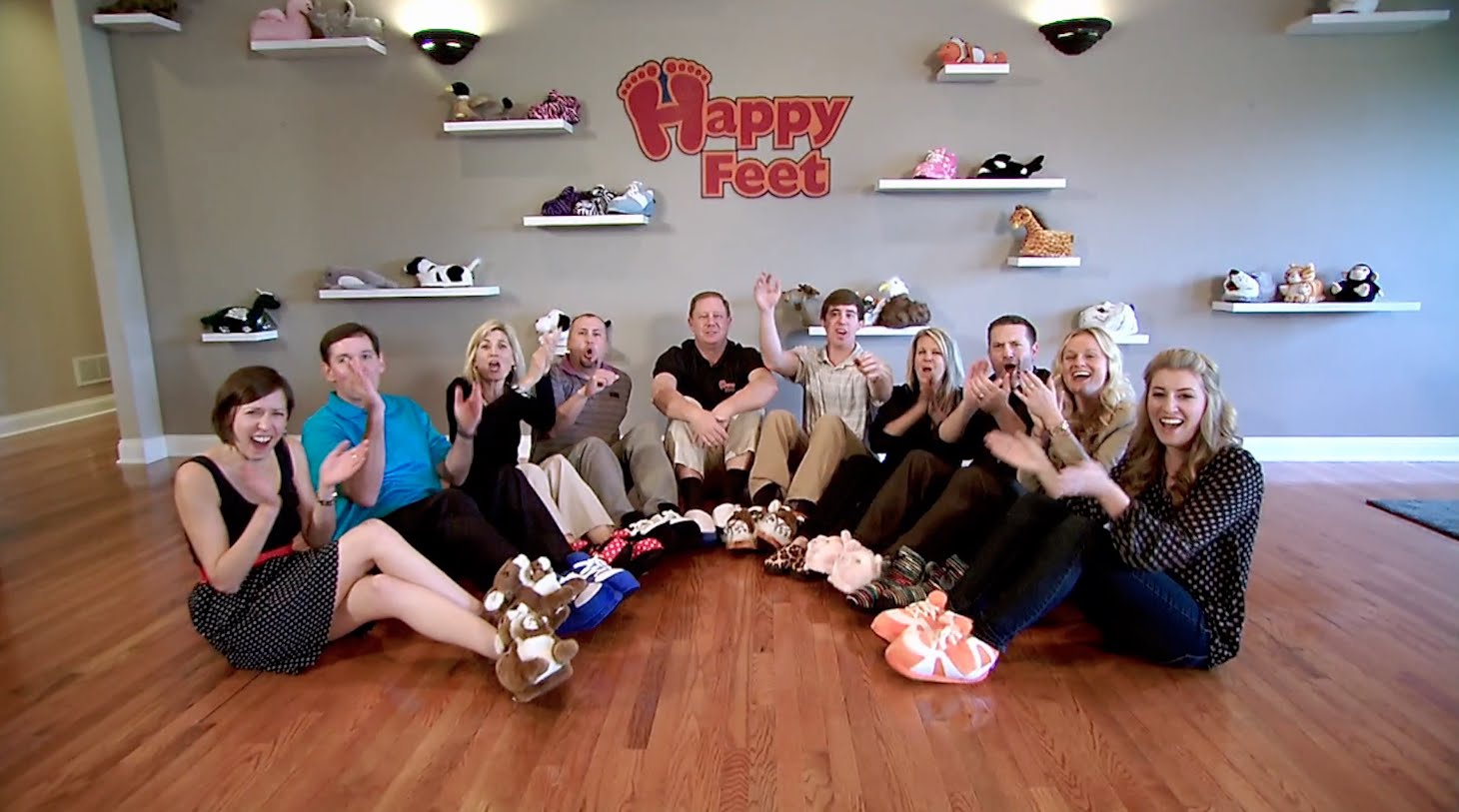 Happy Feet is supposed to be like a vacation for your feet, and Pat Gates has come to the Shark Tank today to show the Sharks that there is a lot of money to be made in slipperware. Pat has come today seeking a $375,000 investment in exchange for 15% equity in his company.

Happy Feet are not your average slippers; they’re playful, fun, and so comfortable that they’re almost like walking on pillows. Happy Feet slippers come in every color imaginable, and come in prints like leopard and zebra print, as well as sports teams-like designs like the red, white, and black slippers that Pat is wearing in the Shark Tank that represent his home baseball team, the Louisville Cardinals from Kentucky.

There are also animal styles, like lion, tiger, giraffe, and even shark slippers! Happy Feet are great for people of all ages, and even though sales are great, Pat needs help from one of the Sharks to take Happy Feet international and start pushing additional products.
Pat then passes out samples of Happy Feet slippers for each Shark; he gives Barbara the leopard print slippers, Mark the blue Hoosiers slippers, Kevin the Shark slippers, Lori the purple neon zebra, and penguin slippers for Roberts. All of the sharks immediately stand up and begin to roam and lurk around the studio set, admitting that the shoes are extremely comfortable – they even get compared to Moon Boots, which really dates some of the Sharks. All of the Sharks are impressed and in love with the silly designs, and Robert asks a serious question about why the shoes are so soft. 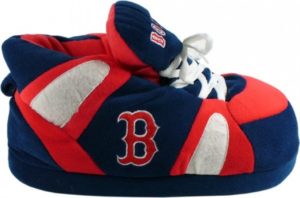 Each sole of the Happy Feet is padded with a half inch of rubber insulation, and then one inch of foam insulation to supply the most comfortable slipper. When you step down on it, it’s exactly like stepping on pillows. Barb asks about sales since Pat has valued his company at nearly $4 million, and Pat admits that Happy Feet has done $6.5 million in the last 3 years alone.

This was all between internet and wholesale, and sales last year were $2.65 million. The year before that, they were $2.4 million, showing growth. Robert asks what percentage of the sales were online out of the $2.65 million, and Pat guesses that maybe $2.2 million was sold through the online storefront, and that is the highest margin portion.
The sneaker-slipper styles cost about $4.50 to make and are sold from $24.99 to $29.99, which is about a 400% markup on the margin that Pat makes. The total profit on the $2.65 million that Pat and Happy Feet made last year was about $600,000, which is an investor’s wet dream. Mark asks where the money is going, since with the huge margins that Pat has found for Happy Feet, there should be far more profit than just the $600,000. However, Pat reveals that during the holiday shopping season, they actually provide free shipping and significantly knocks the margin down. However, the feasibility of the business in winter and the excitement behind the brand more than made up for the decreasing margin at the expense of additional required inventory.
Lori asks why Pat hasn’t focused on getting into retail stores, and Pat says the largest reason is the size of the product. There are many, many different types of Happy Feet, and they are all oversized slippers; shelf space would come at a huge premium for Happy Feet since the item has a large footprint, both literally and metaphorically. Kevin guesses that there would be around two-and-a-half times the linear square feet for one Happy Feet product compared to any ordinary shoe product, which would cost dramatically more to bring Happy Feet into stores. Kevin admits that he thinks Happy Feet will never make it into retail.
However, Kevin continues on and says that he thinks there is nothing proprietary about Happy Feet, and he is concerned that somebody could easily enter and drop the prices by up to 30%. He says he has never seen margins like Pat has with slippers, and Lori asks if there are any known competitors or threats to Happy Feet. Pat says, to his knowledge, there are no competitors with as good of margins and that anyone who is actually selling Happy Feet products, or products similar to them, are purchasing them through Pat’s established channels. Lori asks how Pat is advertising Happy Feet, and Pat explains that they actually did a license with a girl who was part of a reality show and that really helped to build a social following.

All of the Sharks ask to know who it was, and Pat is hesitant to answer; Lori asks if it was Snooki, of Jersey Shore, and Pat admits it was. All of the Sharks laugh due to the insane following behind the Jersey Shore cast, but concede that it was a brilliant idea. Pat says that they were able to find middle-level social stars with a large presence and that was able to help jumpstart Happy Feet to a wild success.
However, Robert and Mark ask how much this deal cost Pat. Pat admits that the licensing deal cost him 12%, and that is where a lot of the income is going that he earned from the sales of Happy Feet. However, that 12% helped spur the growth to make Happy Feet a multi-million dollar franchise. This was a new form of marketing, and the new form of marketing can’t be proprietary – he shuts down Kevin’s argument.
However, Barb asks for everyone to stop for a minute. She brings up her thoughts and says that she thinks that Pat and Happy Feet may have peaked with this wild success from a social media campaign; she does not feel like Happy Feet has any potential to get bigger. She is the first Shark out of the deal.
Robert speaks next, saying that he commends Pat on doing a fantastic job and that he loves the product, but ultimately, he has to come to think about the real business side of things. As an investor, he does not see where he can help out as he finds that Pat is “killing it,” and doesn’t know where he can add value. Robert says he likes to run things and not just write the check, and exits the deal as well. Robert attributes his want to be more involved with the daily operations of the business to his exit.
Kevin asks how many pairs of slippers Happy Feet will sell this year, and Pat replies with an estimate of 75,000 to 100,000 pairs. However, Kevin says that the challenge is that a 15% stake is nothing to Kevin and doesn’t excite him. However, Kevin continues on to say that it would be in Pat’s best interest to partner with a Shark for online business as with a Shark onboard, they could sell a whole lot more units quickly. Kevin makes an offer of $375,000 in exchange for a $3 royalty until he recoups his $375,000. Then, Kevin would also want a 5% equity, and after he recoups his $375,000 investment, he would drop the royalty down to $1.50.

Lori asks if Kevin would go in with her on an offer, and Lori says that she needs convincing; she wants to take Happy Feet into retail. The deal now transitions to $375,000 for the investment of a total of 6% equity, Kevin’s royalty, and Lori demands that they would attempt to bring Happy Feet back to retail. Kevin admits that he will work with Lori to bring the product to retail.
Mark admits that he loves the business and passion behind Pat, but like Robert, he does not see where he can add value. Mark claims that the investment wouldn’t be the perfect fit for him, and then exits the deal.
Pat is left with only the combined deal of Lori and Kevin, and he begins by saying that he appreciates the offer but ultimately does not feel it’s the appropriate situation for him. Pat makes a counteroffer of $375,000 in exchange for 20% equity split between Kevin and Lori. Kevin makes a second counter offer of $375,000 in exchange for 30%, and Lori says she will go in with Kevin on that deal. Robert re-enters the negotiations and makes the same offer as Kevin and Lori of $375,000 for a 30% stake. If any of the Sharks can offer 25% equity, Pat would take the offer with no hesitation, he says.
Robert speaks up and says that he would take the deal, as Lori begs for Pat to reconsider and hear the offer between Kevin and Lori. However, Robert snipes the deal out from underneath Kevin and Lori, investing a sum of $375,000 in Happy Feet. 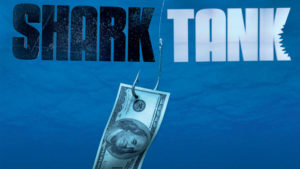 Happy Feet Now in 2018 – The After Shark Tank Update

Since Pat’s appearance on Shark Tank in 2013, Happy Feet appears to have exploded in growth. Now, Happy Feet has a wide variety of products starting with the basic slippers that Pat demonstrated on Shark Tank, in addition to officially-licensed products by the NFL, NBA, NCAA, MLB, and even some professional football clubs such as Barcelona Football Club and Manchester United Football Club. Happy Feet is now priced around $30 for a pair of slippers, and the Snooki licensed slippers are even still listed for sale on the website. The Happy Feet website also has a clearance section on the website, which has pairs of slippers for only around $12.