The Intelli-Stopper Update- What Happened After Shark Tank 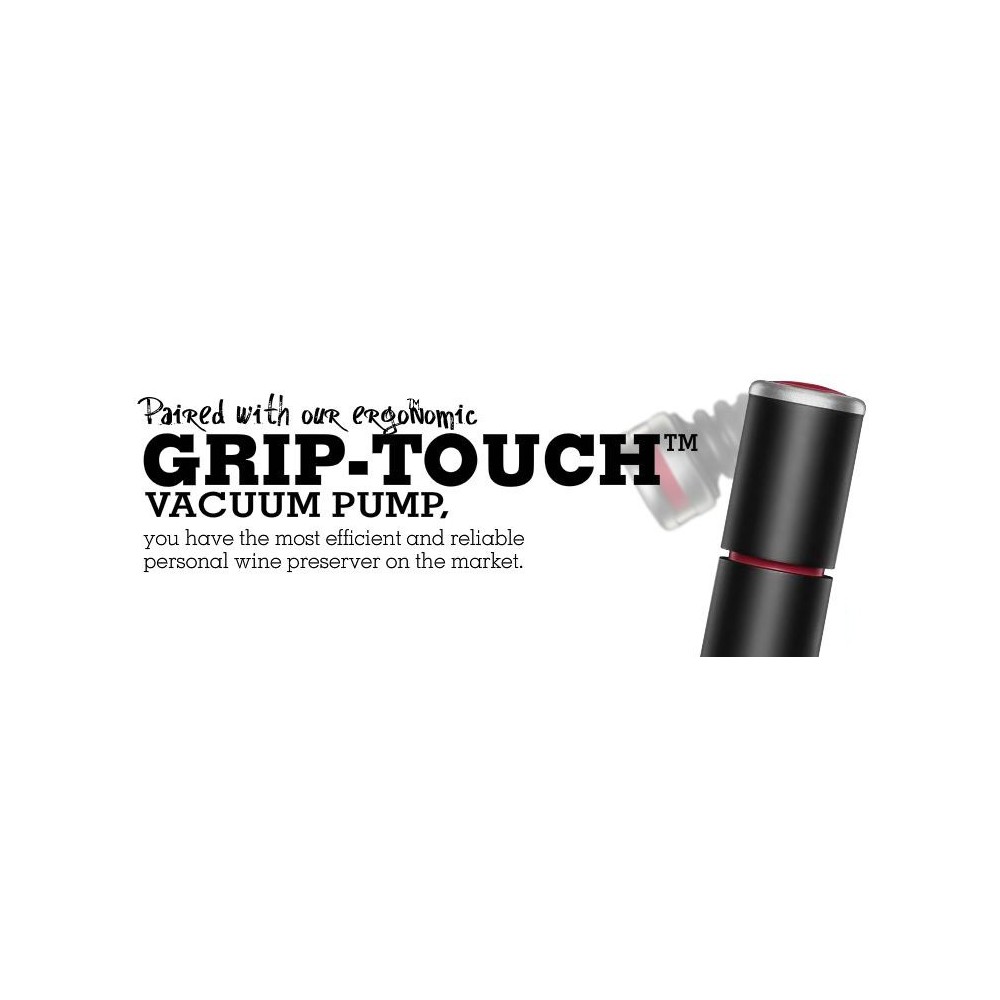 The Intelli-Stopper Before Shark Tank

Chase and Bob Hoyt, a father-and-son duo, have come from Tucson, Arizona to the Shark Tank. They represent Intelli-Stopper technology, and are seeking a $250,000 investment in exchange for 10% equity in their company. Intelli-Stopper technology will redefine and revolutionize food and beverage preservation, Chase starts by saying. The problem with current wine preservers is that there is no indication if enough air has been pumped out of the bottle, and there is no way to tell if air is re-entering the bottle of wine. Preservers on the market allow air to seep back into the bottle of wine within minutes to hours of resealing.

The Intelli-Stopper on Shark Tank

Chase gives an example to Kevin, citing a 1969 bottle of wine that Kevin has is allowing air to seep back into it. There was never a proper solution to store wine… until now. The Intelli-Stopper is the first preserver on the market to have a red, visual indicator. For the first time, you can properly see if all of your wine is preserved. Chase shows an example, but first hands out some glasses of wine to the Sharks, winning them over quickly. Who doesn’t want to get drunk and spend hundreds of thousands of dollars as a venture capitalist? 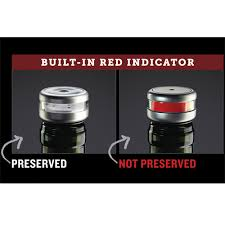 Robert asks about the wine preservation, and Chase confirms that the Intelli-Stopper will indeed make wine last longer. In comparison, typical re-corked wine will last, on average, two days. With the Intelli-Stopper, the wine should last up to two weeks. The most important thing to note is that if and when air does re-enter the bottle of wine, the red indicator will pop back up and show that the wine has air entering the bottle.

Kevin says that he has six cellars of wine, and owns every single preservation system ever made, including ones that do nitrogen and argon gas. The Intelli-Stopper is a derivative of a preservation system that does do $15 million in sales, but they have included an indicator that shows if air does go in, which is the major difference. There are four SKUs under the Intelli-Stopper product line, meaning four different “packages” available for purchase with the Intelli-Stopper, but they are working to bring the same technology into other markets.

Robert asks about sales, and Chase says they have sold $150,000 in the last year, and this year (2013) they are on-track to do about $350,000 in sales. Just recently, Chase continues, they locked a major retailer (Bed, Bath and Beyond) for a large number of Intelli-Stoppers. However, Kevin admits that despite wanting a product and intending to purchase one, he cannot wrap his head around a $2.5 million evaluation of the company. However, Chase says that for a start-up company, sales are less important than showcasing everything they can in order to lower the perception of risk. Robert admits, “Well said,” and I believe that Chase and Bob may be the most prepared business to ever enter the Shark Tank.
Chase says they have proof-of-concept, growing sales, proof-of-market, patented intellectual property, and the next step is to take the technology to olive oil preservation with Olive Doctor. Using olive oil an example, Chase tells the Sharks to imagine what happens when that olive oil goes stale and rancid; Mark is blown away by the fact that he didn’t know olive oil can, in fact, go stale. Robert loses the track a little bit, as the wine is evidently kicking in, asking if it was olive oil or honey that lasts forever, then asks if love can last forever. Kevin says there must be somewhere he can use the Intelli-Stopper on Robert to suck the air out of him.

Once the olive oil gets to the age of about a month, regardless if it has been properly sealed, once it was exposed to the air, it will begin to age. However, Kevin says that he has a large collection of olive oil which typically has some sort of preservative or is loaded with some additives to ensure that the olive oil will last as long as possible, and he says that the Olive Doctor concept will only work in “around 10%” of the bottles he owns – expensive oils are being collected like fine wines. Mark, also affected by the wine, asks, “You collect oils?” Everyone in the Shark Tank, save for Kevin, appears to be tipsy. Kevin admits that he owns some olive oils that are $300 a bottle.

Lori returns to the business at hand, and the next product to come after the Olive Doctor would be the Coffee Doctor. Chase says that 2.4 billion cups of coffee are consumed daily, and they can take the Intelli-Stopper technology to improve the life of coffee beans. However, Mark dryly sums up that, yes, there is a big market, and asks about patents. Bob says that so far, they have one patent pending in the United States, two in the European Union, and a functionality patent pending, which is actually a utility patent. 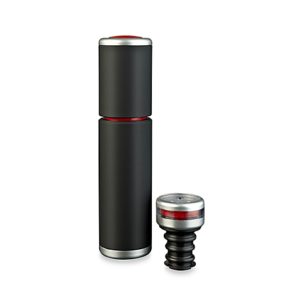 Barb says that she finds that there are dozens of systems claiming to preserve wine, and she has actually bought many of them. There simply isn’t enough difference between the Intelli-Stopper and other wine preservers, only a little twist, and the products aren’t differentiated enough to make someone want to immediately purchase and own an Intelli-Stopper. Barb is the first Shark out of the deal.

Mark says that it is obvious that the Hoyts have “built a better mousetrap” (the saying is, “Build a better mousetrap and the world will be at your door), but he finds that he doesn’t know what the mouse is and where it goes. Mark continues on, saying he doesn’t know enough about the potential uses or markets of the Intelli-Stopper technology, and is even surprised that people, like Kevin, collect oils. He thought that things like wine and oils would get better with age and exposure, so Mark is a little misinformed, and he also exits the deal.

Lori also exits, saying that in her experience with QVC, there are many other things that advertise to offer the same benefits that the Intelli-Stopper do, but almost none of them have ever worked. Lori is the next Shark out of the deal. Robert also exits the deal, saying that the Intelli-Stopper is not for him, and is also out of the deal. Kevin is the final Shark remaining.

Kevin starts by saying that he uses the competitor of the Intelli-Stopper every day because he starts his evening with a glass of wine, and then he stops the wine with the competitor’s product before moving onto other wines. He has two bottles stopped at a time, and the reason that the competitors have his business is because the competitors have the mass distribution nailed down. There is so much more that the Intelli-Stopper could be doing, if they weren’t so greedy, Kevin says – the value of $250,000 is too insane for him. Kevin is the last Shark out of the deal.

Chase and Bob Hoyt, despite treating the Sharks to a nice glass of wine, do not find their deal. In the end, Robert jokes with Kevin that he has a problem and mocks an intervention.

The Intelli-Stopper Now in 2018- The After Shark Tank Update

While at one point, there was only the singular Intelli-Stopper, the Intelli-Stopper technology has now been modified to fit a variety of topics. Now known as “WineDoctor,” the WineDoctor comes in a variety of kits which includes just the solo stoppers in a 2-pack, or it also includes the pump which allows for the user to pump out air. No other ventures such as the OliveDoctor or CoffeDoctor have been created, and unfortunately, a simple Google search of “WineDoctor” will give a misleading result of a Loire and Bordeaux specialist. WineDoctor seems to be going down the chute, as it has received subpar ratings of only 3 to 4 stars on various sites including Amazon and Bed, Bath and Beyond. The product is only available in some knick-knack stores like Bed Bath and Beyond, or is available from Amazon starting at a price of $11.49 without Prime eligibility for free shipping.