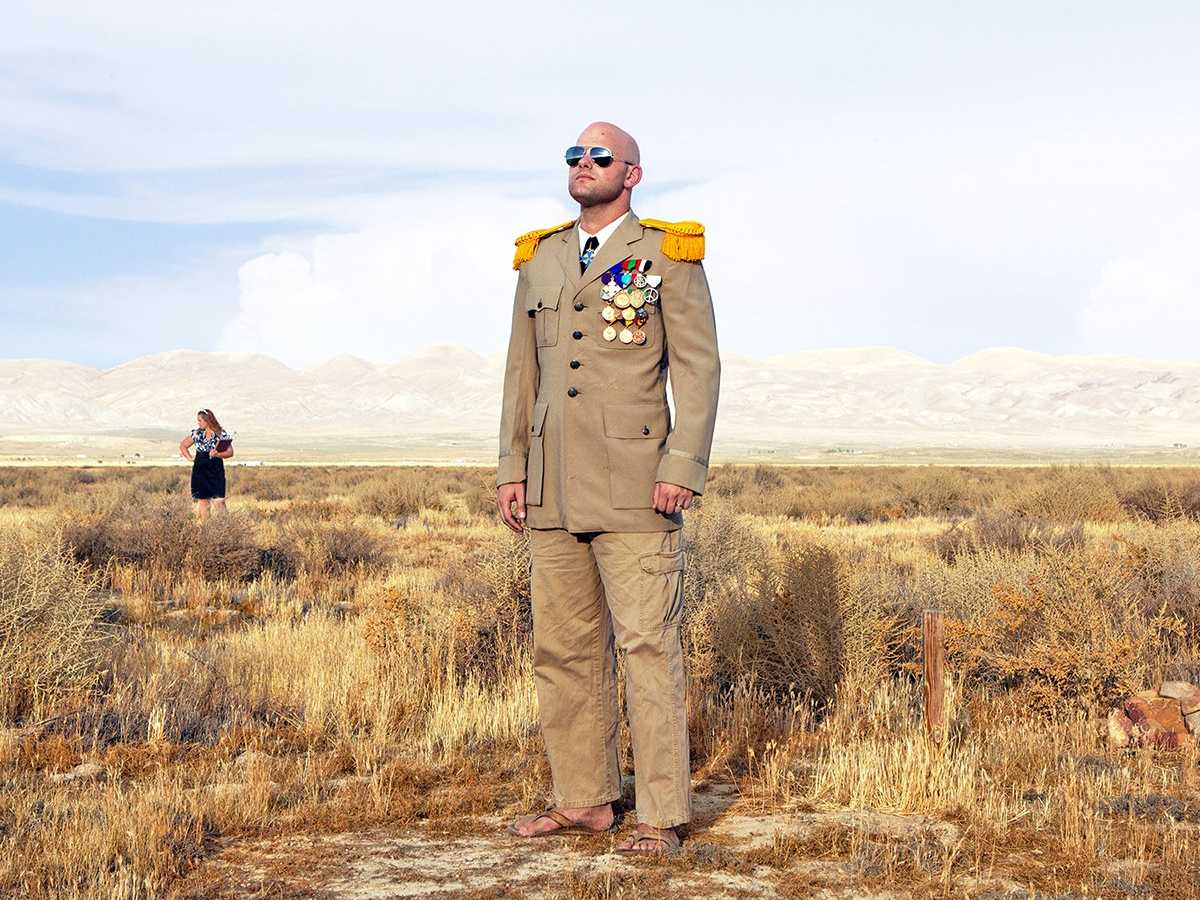 Micronations are self-proclaimed entities that claim to be independent states. However, they are not acknowledged by any of the recognized sovereign states or organizations. There are different motivations for establishing micronations. Some are political, others are for entertainment purposes, and some can even be made for the sake of conducting criminal activity. Another interesting thing is that micronations don’t necessarily have to exist on land or sea. They can also exist in their creator’s minds, in outer space or online. Yeah.

Be sure not to confuse micronations with microstates. Microstates are independent states, called that only because of their small size.

With all of that in mind, it’s obvious that the subject of micronations is an interesting one. So let’s go ahead and take a look at 10 interesting micronations that you probably didn’t know existed, or still exist! 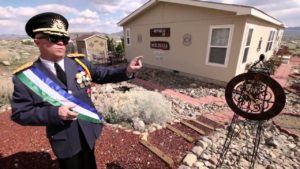 The self-proclaimed Republic of Molossia was founded by Mr. Kevin Baugh in 1999. Mr. Baugh is the president and also the only resident of the Republic. However, there are currently 31 Molossians who live outside of their “home” country. Molossia started as a fun experiment, claims the president, but has since became real. Like other nations, the Republic of Molossia has a banking system, its own currency, postal service and tourist attractions. Molossia is located in Nevada, and spreads over the territory of 11 entire acres. For comparison, world’s smallest state – Vatican City, has an area of 110 acres. The United States have the area of around 2,400,000,000 acres, if it helps put things into perspective.

In 2001, Travis McHenry found a loophole in the Antarctic Treaty, and decided to get himself a state. The Antarctic Treaty prevented claims on Antarctica by other countries, so Mr. McHenry simply claimed an area as an individual. The nation’s claimed territory is the Marie Byrd Land, world’s largest officially unclaimed territory, at 620,000 square miles. Right after he claimed the land (then named Achean Territory of Antarctica), McHenry sent letters to several governments, including USA, Russia and Australia. He was promptly ignored by all of them. Still, Westarctica has continued with its operations until this day. They have an active website and social media profiles, so you can stay updated if you wish to. 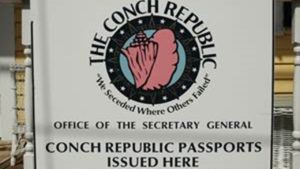 In 1981, the US Border Patrol blocked off Florida Keys from accessing the mainland via state roads. Vehicles travelling the roads were searched for drugs and immigrants, which caused great inconvenience for the resident who wanted to travel freely. After many complaints that were ignored, the Mayor stated that if they are being treated as if they were a foreign nation, they may as well become one. Mayor Dennis Wardlow was proclaimed Prime Minster of the Conch Republic. The first thing he did at his new position was to declare a war against the United States. The war didn’t last long, however. After one minute, Prime Minister Wardlow surrendered and applied for $1,000,000,000 in foreign aid.

Italian engineer Giorgio Rosa constructed a 4000 square fee platform in the Adriatic Sea in 1967. The platform had a post office, a nightclub, a bar, a restaurant and several other establishments. A year later, Rosa proclaimed independence of his republic. However, that was short-lived, as the Italian government saw it as an attempt to gain tourist money without taxation.  They responded by sending troops to the platform. It is stated that Rose Island‘s government complained about that via telegram, but they got no response. In 1969, Italian ships bombarded and destroyed the platform. 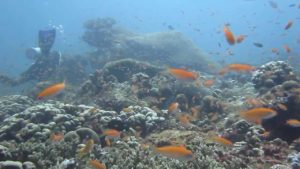 In 1971, millionaire Michael Oliver funded the establishing of the Republic of Minerva, located at the Minerva Reefs (now Tonga property). Several canal boats started dumping sand over the reefs, bringing the land levels above water just enough to construct a small tower and stick a flag in it. In early 1972, Minerva issued a declaration of Independence to all the neighboring countries. That move was deemed suspicious by the surrounding countries, and a conference was held a month later. Shortly after, Tonga annexed the Republic of Minerva. Since then, there have been some territory-related disputes between Tonga and Fiji Islands.

The Aerican Empire was established in 1987 by Eric Lis and his friends, and has since been known as one of the most imaginative micronations. Why, you might ask? Well, Aerica claims the territories in Australia, Canada, a colony on Mars, the entire northern hemisphere of Pluto and an imaginary planet. The total of those is around 3,5 million square miles of territory, all claimed by the Aerican Empire. Other than territorial claims, the Empire has some interesting events going on as well. Events such as Procrastinator’s Day (Jan 2nd), Dog-Biscuit Appreciation Day Scavenger Hunt and the What The Heck Is That Day (March 19th). Aericans also have their own religion, known as Silinism, which is the worship of the Great Penguin, named Forsteri.

In 1989, some territorial maps were revised, and the township of Whangamomona stopped being a part of the Taranaki Region. The residents objected the change, and after being ignored they declared an independent republic in protest. The first president was Ian Kjestrup, who was put on the ballot without even knowing it. He managed to serve 10 years as the president, until 1999. Since then, the Republic had many…interesting, least to say, presidents, such as their second ever, Billy Gumboot – a goat. Billy died after a year and a half, and was replaced by Tai, a poodle. The poodle served only for a year, due to a failed assassination attempt by a larger dog. Since then, there have been two more presidents, a garage owner and the woman who runs the local pub, who still serves as the president. 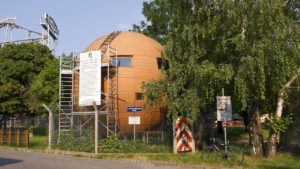 In 1984, there was a dispute between Edwin Lipburger and the Austrian government. Lipburger wanted to build a ball-shaped house, but was refused the building permit. So he decided to declare himself a republic and build the house, and thus the Republic of Kugelmugel was established. Lipburger refused to pay the taxes, and began printing his own stamps, which got him sentenced to jail. Luckily for him, Australian President pardoned him, and he remained a free citizen. Since then, his house was moved to a park and surrounded with barbed wire. Today it serves mainly as a tourist attraction.

The Nation of Celestial space was created by James Mangan, a man who decided to claim the entirety of outer space as his nation’s territory. He claims he did it on behalf of humanity, to make sure that no country can establish rule and dominance over the territory. In 1949, the foundation year, he notified the US, UK, Soviet Union and the United Nations that Celestia has banned all nuclear tests in the atmosphere. Later, when he was ignored, Mangan started sending angry letters about missiles entering his nation’s territory. After the death of its founder, Celestia pretty much became defunct. All that remains is a series of stamps, coins and passports issued by the government.

OWK was the world’s largest female dominated facility located on the territory of the Czech Republic. It was also a micronation that focused on women sexually dominating and enslaving men. The construction of the resort cost around $2,5 million and was completed in 1996. QWK was ruled by an absolute monarch, Queen Patricia I, who had pretty much unlimited power. Kingdom’s upper-class members were other women, while men posed as either Queen’s subjects or general slaves.

The Gay and Lesbian Kingdom of the Coral Sea Islands was established as a protest over Australian government refusing to recognize same-sex marriages. The kingdom is still functioning as of today. 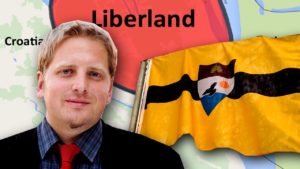 The newest micronation is Liberland, established in 2015 at the small territory on Serbian-Croatian border. The entire nation occupies a whole 3 square feet area and hasn’t been recognized by either Croatia, Serbia or any other sovereign country.

In 1994, a group of teachers purchased the island of Elleore and proclaimed an independent kingdom right then and there. The Kingdom of Elleore spread over the area of 3.7 acres and has around 250 citizens.