Dave Alwan, of Echo Valley Meats, is no stranger to the Shark Tank. In fact, Dave has already appeared once on Shark Tank before during season 4, but he has returned to seek an investment for his business, Echo Valley Meats. Dave didn’t accept a deal with the Sharks, but he walked out the door with his head held high and he then scrutinized his business to find out what all the appropriate costs and numbers were. During season 4, Dave asked for $300,000 in exchange for 20% of his company, but this time, Dave is asking for $150,000 in exchange for 20% equity in his company. 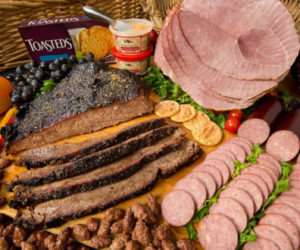 All of the Sharks dig in, while Dave points out that everything on the plate is his own unique recipe. Mark then questions what happened to sales after Echo Valley Meats’ first appearance on the show, and Dave serves as a perfect testament to the Shark Tank effect. After Dave’s appearance on season 4, sales exploded, but Dave took the Sharks’ advice of focusing on one industry and decided to focus on the mail order industry, which was by far the largest. The mail order entity has been split off from the banquet and delivery services. Prior to the Shark Tank appearance nearly 2 years ago, sales were $190,000, but after the appearance, mail orders have totaled up to nearly $1.4 million.

Kevin points out that the last time Dave appeared on Shark Tank, Dave did not know his customer acquisition costs – Dave has come fully prepared this time, however. Dave sent out a report of his business to a local university, and found that the average customer acquisition cost was $12, but more importantly, it takes $1 to retain that customer – between 35 and 40% of their customers have come back and reordered numerous times. In the $1.4 million that Echo Valley Meats grossed after its appearance, approximately $240,000 of that was profit, coming out to exactly 18.3% profit margin (every dollar of sales is 18.3 cents of profit).

In this year alone, the projection for sole mail orders is $1.8 million, with a net profit of $400,000. Robert calls Echo Valley Meats a great story, then asks about how much money the other businesses – the banquet and delivery businesses – have grown. Each business has only grown between 12 and 15%, while the mail order is 18.3% growth. Daymond is impressed with how much Dave has his numbers known. However, Mark points out that competition was a huge weakness of Dave’s during his last appearance on Shark Tank.

Kevin brings up Omaha, which is another mail-order company that specializes in fancy meats. Omaha discounts aggressively towards Thanksgiving and the holidays in the United States, which is how they acquire and keep customers. With the profit that Dave makes from Echo Valley Meats currently, it gives him more purchasing power in the marketplace. He knows that prime ribs dip in price after Easter since nobody will purchase them until at least Thanksgiving, so Dave can take the spare cash flow he has and purchase his inventory during a lower price period of the year. The inventory that Dave could purchase sit for 6-8 months, and the quality does not actually vary because Echo Valley Meats vacuum packs all their meats in a freezer.

Lori is also shocked how much Dave has grown Echo Valley Meats in a year, and she loves people that learn from their mistakes. However, there is one problem she has – she isn’t an avid meat eater, so she would be a poor business partner for Dave. She is the first Shark out of the deal. Robert then asks Dave if it would make sense to split the business, which causes the other Sharks to think to themselves for a moment. 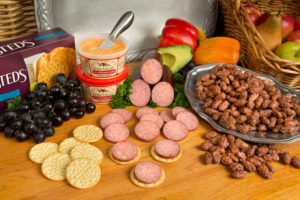 Kevin breaks the silence with an offer; he offers $150,000 in exchange for 20%, but with a huge contingency. Kevin’s product, Wicked Good Cupcakes, will be sold through Echo Valley Meats as well. However, Kevin makes the offer of $150,000 in exchange for 20% of the entire business – the retail store, delivery and banquet service, and the mail-order business. In response, Robert makes the offer of $200,000 for 35% of the entire company. Kevin then modifies his offer down to be 17.5% of the company, which should match Robert’s valuation. The cupcakes will still be sold on the website, but Dave will also receive a portion of the profits for his efforts.

Mark slows the deals down, and asks how Dave allocates his time between the two different companies. Dave responds that he has to prioritize things – although he surrounds himself with capable employees, he still frequently delegates tasks among them. Mark then offers the asked-for $150,000 in exchange for 25% of the mail order business, and the option to buy 25% of the other businesses for the same $150,000. If the retail business isn’t an impact, then Mark has the chance to boost the cash of Echo Valley meats with some additional cash.

Echo Valley Meats Now in 2018 – The After Shark Tank Update

Echo Valley Meats has totally expanded its online storefront, moving from just supplying meats and gift packages to supplying a wide variety of products. Now, you can purchase many of the meats that helped make Echo Valley famous, as well as more gourmet products like gourmet mixed nuts and chocolate-covered raisins. The many types of meats available from Echo Valley include sausages, bratwurst, and typical meats from pig and cows. Echo Valley has an outstanding 4.6 rating of 80 votes on Facebook, as well as 10,666 likes. Echo Valley Meats appears to be doing quite well with Robert and Mark providing Dave Alwin with guidance.