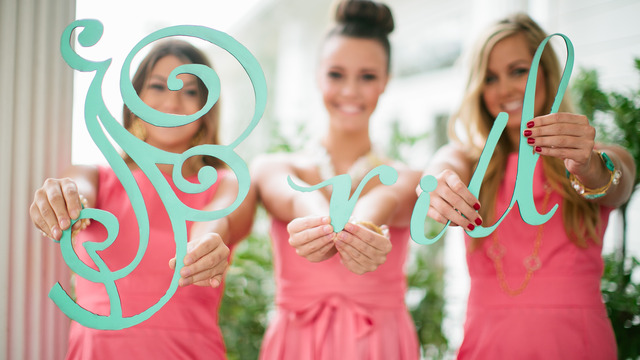 Sharon and Kate are the two girls behind Frill Clothing. They have come to the Shark Tank to seek an investment of $100,000 in exchange for 20% equity in their company. Frill Clothing designs and produces formal clothing for sororities across the United States and in Canada. Frill creates clothes that are designed for potential new members during “rush week.” It has been a long-standing tradition for girls of the same sorority to dress up in matching outfits during rush week. As a sorority girl herself, Kate was tired of buying expensive dresses and unflattering clothing year after year. In addition, Sharon explains, problems can arise from these bulk orders; there could be too little in stock prior to ordering, the girls typically don’t get to try on clothes prior to ordering, and worst of all, they don’t know if another sorority at the same school will be willing the exact same outfit.

Frill solves all of these problems. Frill comes to each chapter individually, hosts fittings, and provides samples to each chapter for fitting. Kevin then speaks up, wanting to clarify – Frill would go to every sorority organization in the country and create a unique outfit for them? Robert also agrees. Sharon then explains – outfits are unique to that chapter at that school, but the same outfits are used at different schools. There are over 3,127 sorority chapters across the United States and Canada, Sharon explains upon being questioned by Kevin about the validity of the business model.

Barb then asks how much the girls behind Frill Clothing would charge for the dresses they are wearing while presenting. Sharon explains, the dress she is wearing would sell for $120 to be custom made. Each piece is custom made for that price, but the total price depends on the number of girls in each sorority which can cause the final price to vary from the catalog price. Kevin then explains that he is lost on the subject, and does not understand if the goal is to get every girl to wear the same dress to sorority functions. 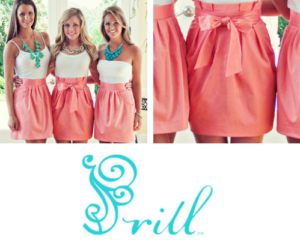 Sharon explains; sororities have different themed days, and as the days go on, these days get more formal. So on the first day, they would be wearing just a t-shirt, but by the end of the rushing week, they would have a full formal dress on. The point is that the girls feel like a team and look alike for the pictures. Lori then asks how much the skirt she was given for her samples would cost to make and what it would be sold for; Sharon explains that that specific skirt costs $24 to produce and costs between $60 and $70 to purchase for the consumer. Each piece of clothing is made in the United States. Upon questioning from Robert, since launch, Frill Clothing has done $400,000 in sales, but two of those years were when Sharon and Kate were still full-time students in college. During those two years, they made $37,000 in sales and started the company with only $500.

Last year, as seniors in college, they made $149,000 in sales. Robert then asks about the lead time in orders, and Kate explains that they take orders from February to May, and 70% of their sales come in during that short period of time. However, since starting Frill Clothing’s sorority division, the two girls have moved on to also start a bridal division. They started the bridal vision in January of 2013 when a picture of theirs went viral on social media. Since then, they have thousands of bridal parties contacting them to request that they make dresses.

Barb then clarifies if a girl would order 7 different outfits from Frill during Rush Week. Kate then reveals that each girl typically spends $500 during rush week. The girls will buy from them during 4 years in a row, and then the girls will return after they graduate for their bridal supplies. Kevin then asks about competition for Frill Clothing. Sharon explains, Frill has one direct competitor and then numerous big box competitors like J Crew and LA Pultzer. However, the uniqueness behind Frill Clothing is the customization of the clothing, meaning you might never run into someone with the same outfit.

Robert then asks what the two girls intend to do with the money they are given from the Shark Tank. With the money, they intend to ramp up production and decrease their margins by paying less per piece. Mark then says he wants to get the ball rolling, and he is the only one of the Shark Tank who actually has experience in selling to sororities. When Mark was starting his business, he used to go to each sorority house and offer his services to teach dancing like line dancing and other dances. He charged $25 an hour and made a killing doing so, and it was the best thing ever; what the girls done is very impressive. Despite Mark’s experience, however, he does not feel as though he is the best fit for Frill Clothing, and is the first Shark to exit the deal.

Barb then says she would like to make an offer; she makes the offer of $100,000, but in exchange for a third of the business at 33% equity. Kevin then makes the exact same offer, explaining that he likes the girls and finds them great. His biggest fan base is in sororities, who all love “Mr. Wonderful.” Robert speaks next, saying that he loves it and finds that this is a “big fish, little pond” situation. If the girls can capture the niche market, they can dominate it; moreover, Robert loves Kate and Sharon. The two of them are so young and have a great strategy and are level-headed, so Robert makes the offer that the two girls came in asking for. Robert makes the offer of $100,000 in exchange for 20%, demanding that the two girls give him a yes or no answer right now.

The show cuts to commercial in dramatic suspense, and upon returning, Kevin and Barbara are begging for Robert to wait. Robert says that he won’t negotiate with the other Sharks, and Even Lori mentions that she thinks that Robert is close to a heart attack. Barb and Kevin then talk amongst themselves in hushed tones for a moment, before Kevin says that the two of them will be revising their offers into a joint offer. Kevin and Barbara make the combined offer of $100,000 in exchange for 33%. Barbara then says she invested in a clothing company on the previous season of Shark Tank, called “Grace and Lace,” which by far, has been her most successful business selling anything in the design space. The company went from less than $100,000 in sales to more than $7 million in sales, and Barbara has really been key to that growth. She introduced them to the biggest supplier in New York City and has advised them constantly, but the reality is that the girls have been leaning on Barbara for their support their whole life. So, she can supply this while Robert cannot.

Kevin then offers his own input, saying that he thinks the two girls need to accelerate their business and do it now. Lori sums up that the girls have an offer from Barb and Kevin on the table compared to Robert’s offer. Kate asks if Kevin and Barb would be willing to come down to 30%, which the two of them say they would be willing to. The two girls then close with Barb and Kevin, finding an investment of $100,000 in exchange for 30% of their company.

Frill Clothing Now in 2018- The After Shark Tank Update

Frill is doing incredibly well for itself. Since the investment of Barb and Kevin, Frill has modernized its image even more and created a new ordering process for sorority girls. Sorority girls can now place their order entirely online, as well as request samples or find resources on how to host a Frill Clothing party online. Frill Clothing now also makes clothing for specific sorority chapters, including graphic t-shirts and other acceptable clothing that fall in within the sorority’s rules of displaying the sorority’s emblems or greek letters. Frill Clothing also has a strong web presence on various social media websites, including Facebook, Twitter, and Instagram, where they do a majority of their marketing and advertising.