What Happened to Jamie Lynn Spears? News and Updates 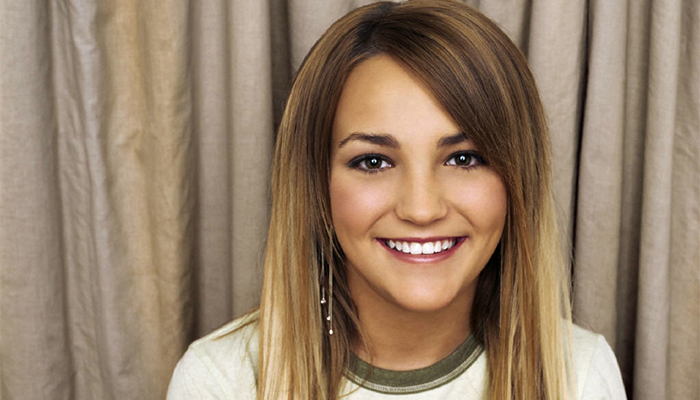 Jamie Spears is best known for being the younger sister of American singer, Britney Spears. As an actress, she is also well known for having portrayed the role of Zoey Brooks in the Nickelodeon teen drama series, Zoey 101. Having debut into the acting world at the age of 11, Jamie made her first appearance on the big screen in 2002 when she starred in the comedy film, Crossroads alongside her sister who played the main protagonist role of Lucy Wagner. Inspired by her sister’s career in the show business, Jamie eventually continued to work as an actress during her teen years. In 2002, she landed various major roles in the sketch comedy series, All Thatーit would be her first major appearance on television at the time.

A few years after her acting debut, Jamie was eventually cast as the lead female protagonist in the teen drama series, Zoey 101. Created by Dan Scheneider, the show revolved around the lives of Zoey Brooks (played by none other than Jamie herself)ーa teenaged girl who attends a previously boys-only boarding school called Pacific Coast Academy, along with his brother Dustin Brooks and her friends. A fan favourite amongst young viewers at the time, the show’s premiere was also Nickelodeon’s best performance in eight years, having garnered over 7 million viewers. Zoey 101 continued for four seasons and spanned for a total of 61 episodes; it eventually ended in 2008. For her portrayal of Zoe, Jamie won five awards and a number of nominations.

Besides being an actress, Jamie has also followed in her sister’s footsteps to become a singer. She launched her country music career at the age of 22 and later released her first debut single entitled, “How Could I Want More” and a debut EP entitled “The Journey” in November 2013. Besides her independent music career, Jamie has also been featured a handful of times in her older sister, Britney Spear’s music such as in the song “Chilling’ With You” from her eighth album entitled “Britney Jean”.

But what has the star of Zoey 101 been up to as of late? What happened to Jamie Lynn Spears? Where is she now? 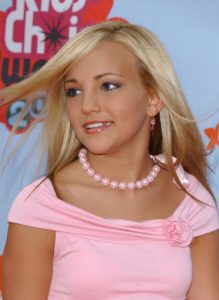 Born on April 4, 1991 in McComb, Mississippi, Jamie Lynn Spears is the daughter of Lynne, an elementary school teacher and James Spears, a building contractor. She is of primarily of English descent. Besides being the younger sister of Americana artist, Britney Spears, Jamie also has an older brother named Bryan who was born in 1977. As a small child, she grew up in the small city of Kentwood and attended elementary school at Parklane Academyーa private Christian school located in her birth city of McComb. During her time there, she was also an active member of the school’s cheerleading and basketball teams.

A few years later, she moved to New York City with her family in order to support her sister’s growing music career at the time. As Britney’s popularity as a singer grew during the late 90’s, Jamie became more and more interested in music herself. Wanting to follow in her sister’s footsteps in the show business, Jamie eventually made her entrance into television at the age of 10 when she made a brief appearance on her sister’s concert movie, Total Britney Liveーhowever it wouldn’t be until the next year that she would debut as an actress. 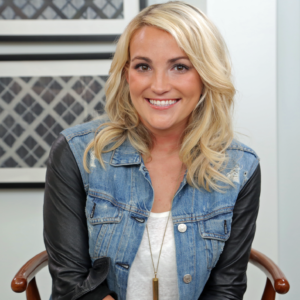 In 2002, Jamie starred in the comedy-drama film, Crossroads alongside her sister Britney, who played the lead role of Lucy Wagnerーit would ultimately be the young actress’ first acting role. Set in a small town in Georgia, the movie followed the lives of three childhood friendsーLucy, Mimi and Kit as they embark on a cross-country trip to rediscover their friendship. In the film, Jamie portrayed the role of a young Lucy in various flashback scenes. First released in February 2002 by Paramount Pictures, the movie was a box office hit, having grossed over $61 million across the globe in a period of three months. despite having received mixed reviews from critics.

Later that same year, Jamie appeared in All Thatーan American sketch comedy variety series. Geared towards a younger audience, the show featured various short, comedic sketches along with weekly guests, including an ensemble of young child and teenaged actors in its cast. In the series, Jamie played a variety of character  throughout the shows’ run in the early 2000’s. Known for its diverse range of actors and actresses, All That was also noted by many for having made an impact on children’s television at the time. Many of the show’s cast members also eventually landed their own television series on the Nickelodeon Network after their time on the series. The sketch comedy ran for a total of eleven years, and eventually ended in October 2005 after 178 episodes. 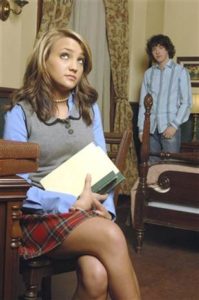 A few years after her acting debut, Jamie landed her breakthrough role when she was cast as a leading character for the first time, in the American teen drama, Zoey 101. First premiered on the Nickelodeon network in January 2005, the series chronicles the life of a teenager named Zoey Brooks, who attends a former boys-only school called the Pacific Coast Academy, and her relationship with her family (most notably with her brother Dustin) and friends. In the show, Zoey was portrayed by none other than Jamieーother starring actors in the series include Paul Butcher, Sean Flynn, Kristin Herrera, Christopher Massey and Alexa Nikolas, amongst various others. Besides having starred as the lead actress, Jamie also sang the theme song of Zoey 101.

Despite its mixed reviews from critics, Zoey 101 was a huge success amongst younger viewers and had in fact been Nickelodeon’s best forming series in the early 2000’s. Having been entirely shot on location in the beach city of Malibu, it was also the network’s most expensive production. at the time. Despite it having been Jamie’s first major professional acting role, she garnered much universal acclaim for her portrayal of Zoey in the series. Throughout the show’s run, she also won a number of awards including a Kid’s Choice Award for “Favourite TV Actress” in 2007. The ensemble cast had also garnered a handful of awards including two Young Artist Awards for “Best Young Ensemble Performance in a TV Series” in 2006 and 2007. 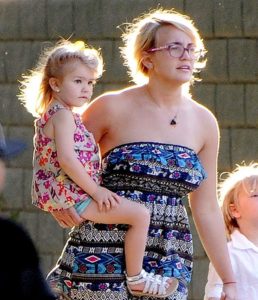 In December 2007, Jamie announced that she was 12 weeks pregnant with her boyfriend at the time, Casey Aldridge, whom she had met two weeks prior at a church in Tennessee. At only 16 years old, the news regarding her teenage pregnancy sparked much controversy at the timeーwith tabloids having been accused by the public of glamorizing the topic. Questions were also raised regarding the pair’s age difference as Jamie had been two years under California’s age of consentーwith this, many had began to wonder about whether or not Aldrige could possibly be charged with a count of statutory rape. As Aldridge was only two years older than Jamie, he was not charged as it only counts as a crime under California law if the two in question are at least 3 years apart in age. Jamie eventually gave birth to her child, a daughter named Maddie Briann on June 19, 2008 at the Southwest Mississippi Regional Medical Center in Mississippi.

Regarding her relationship with Aldrige, the two had been together for two years prior to the pregnancy. In March 2008, Jamie was confirmed to have been engaged to him after she was reportedly spotted wearing an engagement ring on her finger. A month prior to the birth of their daughter, the pair moved back to the town of Liberty, where they had previously purchased a house and stated that it would be where they would be raising their child. However despite this announcement, Jamie and Aldrige later split up in March 2009, after calling off their engagement; the actress subsequently moved out of the house the next year. While they later reconciled in 2010, they once again ended their relationship in November 2010.

Since then, Jamie began dating businessman, Jamie Watson who owns a communications company called Advanced Media Partners. Following close to two years of being together, the pair later tied the knot in New Orleans on March 14, 2014.

Following a rather long hiatus from the show business due to her pregnancy, Jamie returned to the entertainment world in 2013 when it was announced that she would be launching a career in country music. She released her first debut single entitled “How Could I Want More” on November 25, 2013, with the song having been co-written by the singer herself. The single received generally positive reviews from critics upon its release. Jamie was also praised for having taken a different direction with her music compared to her sister. The song debuted at the number 29 spot on the Billboard Hot Country Songs Chart and had ranked number 8 on the Country Digital Songs Chart. As of May 2014, the single has sold over 115,000 copies in the United States.

The accompanying music videos first uploaded onto her official Youtube channel on November 26, 2013. Directed by Matthew Underwood, the video has since gained over 8.4 million views online. 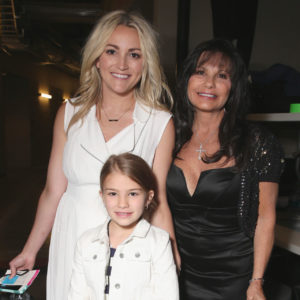 Recently this year, Jamie starred in her very own documentary titled, Jamie Lynn Spears: When the Lights Go Out. In the TLC special, the star shares with viewers her journey from being a Nickelodeon star on Zoey 101 to a teenage mom to a singer. In it, Jamie also revealed some facts surrounding her teen pregnancy at the timeーfor instance, how she was urged by a friend to take a pregnancy test after having felt unwell for a few days. Not wanting to do it at home, Jamie had taken the test at a local gas station bathroomーit had turned out to be positive. In the show, the star also recalled the days when she had to hide in the house for weeks at a time with security in the front, as the news of her pregnancy spread. However, determined to be remembered for more than just her teenage pregnancy, Jamie then announced that she will be venturing into music.

Close to three years after the release of her debut single, Jamie recently gave her loyal fans a special treat by sharing an acoustic version of her new song, “Sleepover”. The video, which was released through a Youtube’s Nashville sessions was first uploaded on July 2, 2016. Since then, the video of her acoustic singing has garnered over 45,000 views.