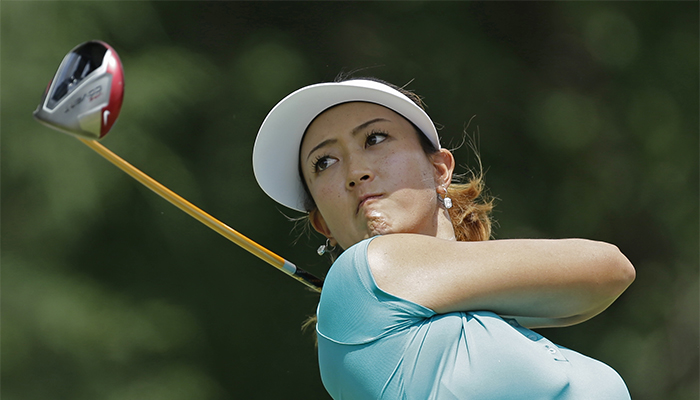 Michelle Wie is a professional golfer best known for having been the youngest player to have qualified for the USGA Amateur Championships at the age of ten. When she was fourteen, she also became the youngest amateur competitor against men at the PGA Tour Event. Since then, she has participated in a number of tournaments across the country, including the U.S. Women’s Amateur Public Linksーan amateur golf championship in which she would later become the youngest winner of. Having first learnt how to play the sport when she was four years old, Wie has grown to become one of the most recognized golfers in the country with a considerable amount of titles and wins under her belt.

After years of competing in amateur golf tournaments, Wie turned professional on her sixteenth birthday in 2005. Despite having experienced an initial rocky start in her pro career, having been disqualified from the World Championships that year due to a rule violation, she eventually made her way back up in the subsequent competitions. At the age of 20, Wie won her the Ladies Professional Golf Association (LPGA) Tour which began in Thailand and ended in Florida ーit would be her first LPGA victory. She would later go on to compete at the 2014 U.S. Women’s Open, held in Pinehurst, North Carolina, where she would eventually emerge as the champion, having defeated fellow American golfer, Stacy Lewis. As the winner of the competition, Wie was awarded a prize of $720,000.

Known for being one of the youngest women golfers to have gone up against the other gender at various men’s tournaments, Wie has become one of the most well-known players of the sport. Since then, she has also earned herself a number of endorsements and sponsors including ones with big name companies, Nike and Kia Motors.

But what has the professional golfer been up to as of late? What tournaments have she competed in recently? What Happened to Michelle Wie? What has she been doing these last couple of years? 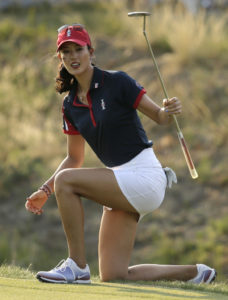 Born on October 11, 1989 in Honolulu, Hawaii, Michelle Wie is the daughter of Byung Wook and Boーher South Korea Immigrant parents who had come to the U.S. during the 80’s. Her father used to work as a professor at the University of Hawaii teaching transport management while her mother used to be an amateur golf champion herself. As a South Korean born into the United States, Wie was of dual citizenship (South Korean and American) upon her birth; she later renounced her South Korean citizenship in 2013 to represent the United States in competition.

Growing up in the vibrant epicentre of Hawaii, Wie attended Punahou School, a private preparatory school located in Honolulu; she eventually graduated in June 2007. After graduating, it was announced that she would be enrolling in Stanford Universityーwhere her grandfather had been a visiting professor and also where both her uncle and aunt had graduated from in the past. Wie was eventually admitted into the University in 2007 however as a professional golfer, she found herself unable to play for the school’s golf team due to the NCAA rules which she had to abide by. For the first three years at the university, Wie would only attend classes during the fall and winter terms; she would take an extended leave during the rest of the school year in order to play golf professionally. Wie eventually graduated from Stanford University with a bachelor’s degree in communications in 2012. 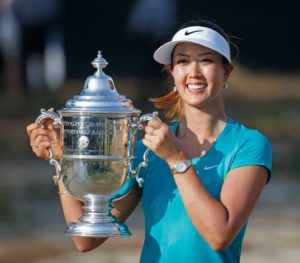 Having first began to play golf at the age of four, Wie’s skill in the sport was remarkable, even during her amateur days. In 1999, Wie participated in the USGA Amateur Championship as the youngest player in the history of the competition; she was ten. A few years afterwards in 2003, she would also become the youngest golfer in the history of the country to win the champion title at the Women’s Amateur Public Linksーone of the many championships held by the USGA. Wie’s record held for eight years, until it was surpassed by ten year old Allisen Corpuz, who had been five months younger than Wie had been at the time of her record setting, in 2011.

Continuing on with her impressive amateur streak, Wie competed at the PGA Sony Open Tour at the age of fourteen in 2004ーonce again, she was the youngest golfer to have participated in the competition. However while she had a promising start in the games with a low score of 68 during the second round, she sadly missed the cut by a single shot. Following the tour, she went on to participate in a number of amateur tournaments including the LPGA Kraft Nabisco Championship and the 2005 Sony Open in Hawaii. Wie eventually became the first female golfer to be qualified for the U.S. Amateur Public Linksーa men’s amateur golf tournament; although she would later lose during the quarterfinals to eventual winner, Clay Ogden. 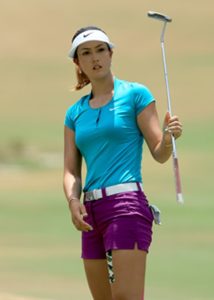 A week prior to her sixteenth birthday in October 2005, Wie announced that she would be making the transition from amateur to professional golf. After turning pro, she consequently signed endorsement contracts with Sony and Nike which had a reported worth of over $10 million a year.

Her first event as a professional golfer was the LPGA Samsung World Championships in 2005; however her newly found professional career would prove to be difficult as she was soon disqualified from the game for a rule violation. The following year, Wie continued to compete, this time against several male players in a number of competitions including the 2006 PGA Sony Open Tourーhowever she had unfortunately missed the cut again by four strokes. That May, she went on to earn a medal at a local qualifications tournament for the Men’s U.S. Open but would ultimately fail to advance past the final round.

In 2007, Wie became plagued by injuries after breaking her left wrist in January; she soon began to develop issues in her right wrist as well. As a result, she did not make the cut for the Sony Open Tournament that year. While Wie was not able to participate in many golf competitions during the 2007 season, her wrists soon recovered well enough so that she was able to get back into the scene in 2008.

After a hiatus from the sport, Wie returned to the games for the Ladies German Open, which took place in May 2008. She eventually placed sixth in the competition, having been seven points behind the winner. Wie earned over $13,000 for her sixth place finish in the event. Shortly afterwards, she went on to compete at Wegmans LPGAーthe LPGA Tour professional women golf tournament; however she would place 24th alongside Jennifer Rosales and Mi Hyn Kim. In August, Wie also played at the Rich Harvest Farms Golf Event and was successful in leading the American team to victory. 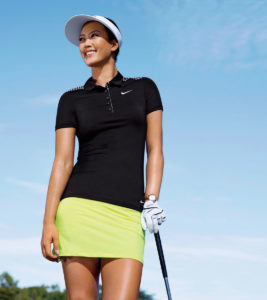 In 2010, Wie was successful in topping the competition at the CN Canadian Women’s Open, which was held in Winnipeg, Manitoba. Two weeks later, she would also finish second at the NW Arkansas Championship, having trailed behind winner, Yani Tseng by a single stroke. Throughout the next few years, she would accomplish a number of top 10 finishes throughout her career, including a number at the Omega Dubai Ladies Masters Tournaments.

In April 2014, the professional golfer won a LPGA Tour event for the third time at the LPGA Lotte Championship. Although she was initially four strokes behind fellow American golfer, Angela Stanford, she eventually caught up to win the game by two strokes with a score of -14. Later that same year in June, Wie would win for a fourth time at the LPGA Tour events, at the U.S. Women’s Openーit would also be Wie’s first major championship win. Despite having been in a close head-to-head match up against Amy Yang for the lead, she later won the game having parried the final hole with a score of -2. For her accomplishments in golf, Wie was named as the inaugural winner of the Rolex Annika Major Award. 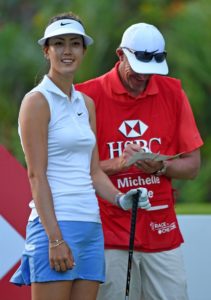 While Wie was recognized as one of the country’s most accomplished professional golf players (considering her major win at the 2014 U.S. Women’s Opens) with millions of dollars in endorsements just a few years ago, arising health issues seemed to have prevented her from performing her best at recent games. Since bringing home the champion title at the Lotte Championship in 2014, Wie hasn’t succeeded in winning any tournaments or eventsーin fact,  she hasn’t achieved any noteworthy scores despite having taken part in numerous LPGA events the last couple of years. To put things into perspective, so far in the 2016 season, she has missed the cut four times and her best finish in a game was a T-25.

The reason behind her inconsistent golf playing? Her health. Since the initial problems with her wrists, Wie has been plagued by  a number of issues ranging from her back, ankles and hips. She also suffered a nasty upper respiratory infection and a case of strep throat earlier in 2015, which was successful in keeping her far away from the golf course. To make matters even more complicated, she also recently discovered her multitude of food allergies.

In a later interview regarding her recent struggles, Wie commented on her physique citing that she’s been feeling quite different physically now that “[she’s] getting old and not 13 anymore.” With the obvious signs of strain on her body, it’s no question why the professional golfer has turned her attention to her health. While she has no plans to retire as of yet, she’s made some definite changes in her play, including the development a golf swing that helps to put less physical stress on the body. What will the future hold for the professional golfer? Only time can tell.

If you’d like to stay up to date with Wie, you’ll be happy to know that you can find her on multiple social media platforms including Instagram (@themichellewie) and Twitter (@themichellewie). Or if you’d prefer, you can also visit her official Facebook page (@MichelleWie).