Rent Like a Champion Update – What Happened After Shark Tank 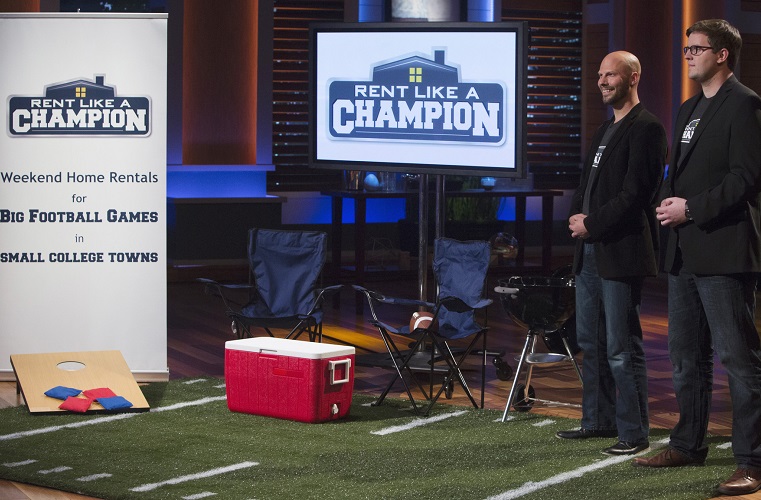 The Rent Like a Champion business originally came from humble beginnings. It began as just one property offered for rent on Craigslist and EBay. Drew Mitchell, from South Bend, Indiana, was one of the original founders and he and his partners targeted their small business towards students, however they sound found that the apartment became the first choice for fervent Notre Dame fans. Drew and his partners were all enthusiastic college football fans themselves and realized that offering their property to visiting fans yielded a far greater level of interest, and no advertising was required, word of mouth was more than sufficient to keep the property occupied every weekend.

In 2010 Mike Doyle joined as the new company CEO and the Rent Like a Champion website was launched, and with it the business expanded into new regions. Property owners could make a reasonable extra income by renting their home out to alumni and fans, with a percentage of the income going to the business. Fans finally had an alternative to over-priced hotels and the inconvenience of finding one of the few available rooms, they also paid a fee to the business upon booking their accommodation on the company website.

The expansion of the business continued until it was offering weekend rental agreements in more than a thousand properties, in twenty college towns around the country, but in order to grow further, and spread the service into hundreds of towns nationwide, Mike and Drew required a hefty injection of capital to fund their growth strategy. With that aim in mind the pair applied to Shark Tank in early 2015. They heard nothing back for a few months, but in mid 2015, after having already presumed that their application had been unsuccessful, they received a call from the shows producers, and were scheduled to appear in the tank in October that year.

When Drew and Mike appeared on the show they were hoping to gain a shark investor to help them with their expansion plans, and were offering 10% equity in the Rent Like a Champion business, in exchange for a $200,000 investment.

Mike began the pitch by describing a typical family weekend at a big game. After the excitement of the game fans would have to endure a two hour drive back to the hotel, and then the group would be split up into three separate hotel rooms, and just like that, the weekend of fun was over. Drew blew a slide whistle to underline just how depressing that particular scenario was. Mark Cuban groaned, but the sharks got the point.

Drew explained that there was no need for such an abrupt end to the group activities any more, because the Rent Like a Champion business connected fans with their own rental property, just a short distance from the stadium. Mike took over and informed the sharks that in 2014 over 49 million Americans had attended a big football game, and 70% of them had needed a place to stay. Those fans had flocked to the company website where they were able to choose a town and event, and select a property that fit their own personal criteria exactly.

Drew asked the sharks which of them were willing to join the business, and ‘Invest like a champion’. He and Mike performed a quick Mexican wave to add to the atmosphere, but there were only two of them, and the effect was slightly comical.

The moment the pitch had finished, Robert Herjavec was asking what the difference between Rent Like a Champion and the online rental site Airbnb was. Mike was quick to explain that Rent Like a Champion catered specifically towards sporting events, unlike their bigger and more established rival. Robert didn’t seem convinced, and suggested that Airbnb provided a far better service, but Mike told him that it didn’t have too many listings for properties for places like South Bend, Indiana, and other smaller towns that were not traditional vacation spots, but did have a big football following.

Robert was still a little dubious over the details, he asked why any customer would choose a small untrusted company instead of Airbnb. Mike explained that in those smaller towns, many people with potential rental properties didn’t even know that such a service existed. The company used digital marketing to target certain zip codes, and inform property owners that they could be earning a reasonable income by renting out their homes. Once the business had at least fifty interested owners in one town, all the suitable properties would be signed up, and the company could begin offering listings in that area.

Billionaire venture capitalist Chris Sacca has become a semi-regular guest shark on the show now in 2018, but this was his first time in the tank. Of course with a business tycoon like Chris Sacca, new doesn’t usually mean shy, and he happily pointed out that football fans wouldn’t be his first choice of tenants if he were to rent his home out.

Mike attempted a small amount of damage control, but Chris’s observation had influenced at least one of his fellow sharks. Lori Greiner was clearly feeling less than enthusiastic about the whole Rent Like a Champion model, and she was the first shark to drop out, telling Mike that her rejection was due to the issue that Chris had just highlighted.

Lori may have been out, but Mike wasn’t in the least bit fazed. He confidently gave the remaining sharks an idea of the potential market out there. He told them that sports fans had spent over $12 billion the previous year supporting their teams, and $2.5 billion of that amount had gone towards accommodation. Rent Like a Champion had processed over $6 million worth of rentals in the same year, achieving a profit of $1.4 million in fees.

‘That’s very respectable’ remarked Kevin O’Leary, but he was quick to get back to the issue of potential damage to properties. Mike informed him that only 1.9% of properties had ever been damaged in the lifetime of the company, and the average charge to a security deposit had been just $95.

The sharks were impressed, Drew was the enthusiastic one, but Mike was there to back him up, with all the right answers at his fingertips. The sharks asked a few more question about operations so far, and Kevin O’Leary admitted that he had personal experience of attending a game in South Bend, and being unable to get enough hotel rooms for his entire group.

Robert asked if the pair had ever sought funding before and they confirmed they hadn’t. Drew told him that they were ‘Having fun and making money’, and urged the sharks to join them. Robert inquired what the $200,000 investment would be used for. Mike explained that the business currently operated in twenty towns, but they had identified another twenty where the service would be in demand. In order to obtain rental properties they intended marketing the business in local newspapers and TV stations, and through direct mail advertising, to raise awareness of the opportunities for home-owners.

‘Alright’ said Drew, looking pleased, but things were about to get even better. Chris Sacca immediately improved on Kevin’s proposal, and offered $200,000 for 10% equity, calling the decision a ‘No-brainer’ at the current valuation. He suggested that Mark Cuban also had a lot of value that he could bring to the business, and asked Mark if he was prepared to join the deal. Mark thought for a moment and agreed that he would split the deal 50/50 with Chris.

Mike and Drew had a quick whispered discussion, and announced that they would accept the deal, but with a provision. The condition was that Mark and Chris accompany them on a journey to South Bend, to enjoy a sports weekend with the pair. Chris agreed to it with a smile, but Mark Cuban was less enthusiastic. He refused to go to South Bend, ‘I hate Notre Dame’ he told the pair before suggesting they get back to the deal.

Mike knew when to give up, and the pair hurriedly accepted the joint offer, and the new partners all shook on the deal. 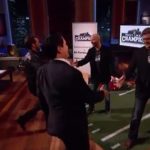 The partnership between Mark Cuban, Chris Sacca and the dynamic pair from Rent Like a Champion has proved to be a successful one for all them, in the year since the segment was filmed. Drew was more than happy with the result in an interview early in 2016. He described gaining his two new shark partners as like ‘Winning the lottery’ and revealed that both Mark and Chris have made themselves very available since investing in the company.

The expansion of the business is progressing too, with the assistance of the added investment. Rent Like a Champion opened up listings in Myrtle Beach, South Carolina in April 2016, and a meet and greet for property owners in Ann Arbor, Michigan took place in July. Ann Arbor listings are likely to be added to the company website within a few weeks.

The John Deere Classic golf Tournament, which is held in the Quad-cities, in Illinois, partnered with Rent Like a Champion for their August 2016 event, and that is a sign of things to come for the business in the future. As well as diversifying the customer base to include not only football fans, but also fans of other major sporting events, the company hopes to implement a far more comprehensive service, for all sorts of audiences.

Mark Cuban has spoken about the satisfaction he has gained by taking a slice of Airbnb’s market, and has indicated that the company could cater for a number of other events in the future, including military events, and even music concerts.

With all the progress achieved by Rent Like a Champion since the Shark Tank appearance, the company achieved profits of over $3.5 million in 2015. Signing up for property owners has been overhauled and improved too, owners can list their property for free and a fee is only deducted once a booking has been made. There is a million dollar insurance policy for every home rented, ensuring that property damage shouldn’t be a concern for anyone. The Rent Like a Champion website asserts that the average weekend rental nets an income of $1,300, and has a huge number of testimonials from satisfied owners willing to confirm that the figure is realistic.

The company currently has no listings west of Oklahoma, but plans to move into West Coast towns throughout the next two years, where they can continue their mission, to bring a champion service to sports fans everywhere.