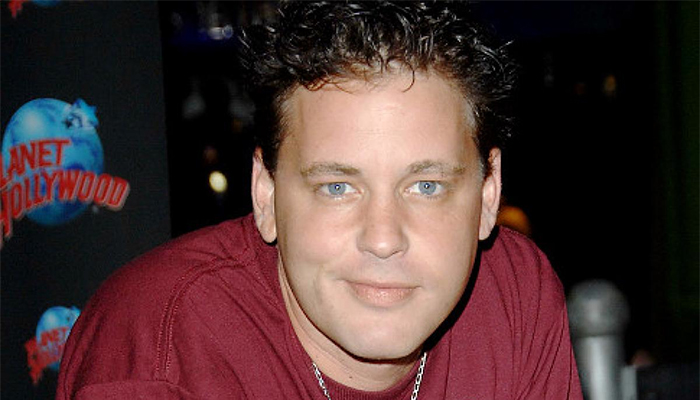 Corey Haim was a Canadian actor best known for having starred in the horror comedy film, The Lost Boys in 1987. He made his first appearance on the small screen in the children’s educational series, The Edison Twins at the age of ten. First premiered on the CBC Network in 1982, the series revolved around the adventures of a group of friendsーAnnie, Tom, Paul and Lance (who were played by Marnie McPhail, Andrew Sabiston, Sunny Thrasher and Milan Cheylov respectively); in it, Haim had played a supporting character by the name of Larry. After his time on the show, he continued to star in countless television series and films throughout the 80’s as a young actor. Some of his earlier works include Firstborn (1984), Secret Admirer (1985), Silver Bullet (1985), A Tim ego Live (1985) and Lucas (1986), amongst others.

A few years after his acting debut, he would land one of his breakthrough roles in the movie, The Lost Boys at the age of 16. Directed by Joel Schumacher, the horror comedy told the story of two brothers and their battle against a group of young vampires after moving to California; in the film, Haim played the role of younger brother, Sam while actor Jason Patric portrayed the role of older brother, Michael. For his portrayal of the protagonist, Haim received much recognition as an actor upon the movie’s release; he later received a nomination for a Young Artist Award for “Best Young Male Superstar in a Motion Picture.”

Following his success in The Lost Boys, the young actor would continue his acting career into the 90’s, making appearances in multiple television series and direct-to-video films. Some of the works he was involved in during that time include Prayers of the Rollerboys (1990), Oh, What a Night (1992), Anything for Love (1993), National Lampoon’s Last Resort  and Snowboard Academy (1996). Haim would then eventually continue acting into his thirties throughout the 2000’s. In 2007, he would star in his very own reality television series called The Two Coreys alongside fellow The Lost Boys co-star and long time friend, Corey Feldman.

However, despite the bright and promising career ahead of him, tragedy struck in March 2010 when the actor was found unresponsive in his home by his mother. Haim was later pronounced dead after being transported to the hospitalーhe was only 38 years old. 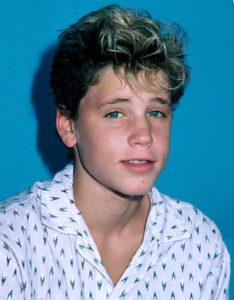 Born on December 23, 1971 in Toronto, Canada, Corey Ian Haim was the son of Bernie Haim, a salesman and Judy Haim, a data processor. When Haim was eleven years old, his parents divorcedーhe would live with his mother while his father remarried. Raised Jewish, he had an older sister named Carol and a younger half-brother named Daniel Lee. Growing up in the city of Willowdale, Toronto, Haim was a fairly shy boy during his childhood; to help him overcome his shyness, his mother later signed him up for drama and mime lessons. As a kid, Haim also spent a lot of his time collecting comics, playing on his keyboard or on the ice playing hockey. A natural hockey player, he would later be scouted for the AA Thunderbirds Ice Hockey Team for his talents and skills on the ice.

When he was ten years old, he accompanied his sister, Carol to her television auditionsーlittle did he know  that he would eventually walk out, with an acting gig of his own! In 1982, Haim starred as a young actor for the first time in the educational comedy series, The Edison Twins. First aired on the CBC Network, it would later be picked up by the Disney Channel during the mid 80’s. Starring Marnie McPhail and Andrew Sabiston as the lead protagonists (the “Edison twins”), the series followed them as they solved various problems that came their way in their everyday lives. In the show, Haim played the recurring character of Larry; he would appear in 26 episodes. A hit amongst young viewers at the time, The Edison Twins ran for a total of 78 episodes and eventually ended in 1986 after a four year run. 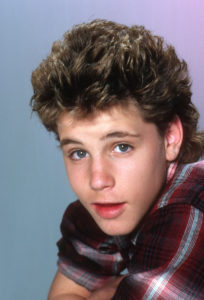 In 1984, he would make his debut on the big screen in the thriller film, Firstborn alongside actors Robert Downey, Jr, and Sarah Parker. Set in the city of Livingston, the movie revolves around a sixteen year old  protagonist named Jake Livingston (played by Christopher Collet), who eventually finds himself having to deal with his mother’s new boyfriend who is hopelessly addicted to both drugs and alcohol. In the film, Haim plays the role of Jake’s younger brother, Brianーwho ultimately succumbs to the addict’s sycophantic manners.

The next year, the young actor would earn his first acting decorationーthe Young Artist Award for “Exceptional Young Actor in a Television Special or Movie” for his role in the NBC television film, A Time to Live. Based on the non-fiction book written by Mary Lou Weismna, the movie centred around a couple, Larry and Marry Lou Weisman (played by Jeffrey DeMunn and Liza Minnelli) as they struggled to fight for the life of their younger son, Peter (played by Haim)ーwho had been born with muscular dystrophy. It would be the actor’s first major leading role in a film; it would also be one of his earliest universally acclaimed roles at the time.

Having gained popularity for his previous works, Haim later landed a breakthrough role when he was cast as the main protagonist in the coming of age film, Lucas. First released in March 1986, the movie told the story of a nerdy high school student named Lucas Bly (played by Haim) who later meets and falls for a cute girl named Maggie (played by Kerri Green). Other cast members of the tragicomedy include Charlie Sheen, Courtney Thome Smith, Winona Ryder and Tom Hodges, amongst others.

Although the film was not a commercial hit, having only grossed $8.2 million from a $6 million budget, it had received many positive reviews from both viewers upon its release. Given glowing reviews by critics for his performance, Haim had received much positive recognition for his portrayal of Lucas. He would later garner a nomination for a Young Artist Award for “Exceptional Performance by a Young Actor in a Feature Film.”

The following year, he would once again star as a lead character in the horror comedy film, The Lost Boys. Directed by Joel Schumacher, the movie is about two brothersーMichael (played by Jason Patric) and Sam (played by Haim) who eventually find themselves having to fight against a gang of vampires after making the move to California. Critically praised upon its release in July 1987, The Lost Boys has since been considered as one of the best classics movies from the 80’s. A hit at the box office, the film had grossed more than $32 million on a $8.5 million budget. For his portrayal of Sam, Haim would gain another nomination for a Young Artist Award for “Best Young Male Superstar in a Motion Picture.” 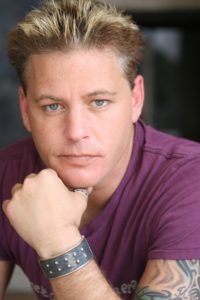 Despite the booming success of his career at the time, troubles eventually began surfacing after the actor found himself addicted to alcohol, and drugs such as cocaine and crack. Wanting to get himself back on track, he eventually stopped cold turkey without going through a substance abuse program; he would later attend rehab. Shortly afterwards, he released a self documentary called, Corey Haim: Me, Myself and I which followed the every day life of the actor for a day; however although it was a scripted program, his monologues were ultimately unfocused and unnatural, leading many to believe that he may have actually been under the influence at the time. In attempts to recover his image, he later set up a teen drug advice line, “1-800-COREY.”

But the damage had been doneーhaving lost most of his core audience due to his drug habits, Haim would suffer a drawback in his acting career during the 90’s. With the quality of his acting performances going down, his on-screen time would eventually be limited to that of in direct-to-video film releases. Some of his works during that time include The Double 0 Kid(1992), Anything for Love (1993), National Lampoon’s Last Resport (1994), Dream a Little Dream 2 (1995), Fever Lake (1996), and Demolition High (1997). However he would soon find himself being sued for $375,000 for having failed to disclose his narcotic addiction as a preexisting medical condition in his insuranceーa fact which would fade many of his existing film roles. 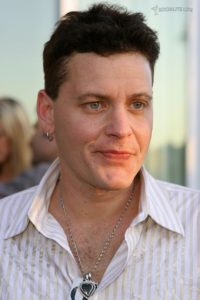 Wanting to kick start his acting career once again despite the issues which he’d been experiencing, he starred in a direct-to-video thriller film titled, Without Malice in 2000, in which he played the role of an ex-addict. Nonetheless, in spite of his intentions, he would reportedly pause production for various odd incidents such as the checking of his dog and the emergency refilling of prescriptionsーwhich he was later found to have abused. Although he had attended over a dozen rehab sessions, his mother would later discover him unresponsive at his home; thankfully, he was able to be stabilized after being rushed to hospital.

Having seemingly overcome his drug addiction, he appeared in his own reality series in 2006 called, The Two Coreys alongside long time friend, Corey Feldman. First premiered on the A&E Network in July 2007, the show revolved around Haim after he moved to live with Feldman, while attempting to get his acting career put back together again. However Haim’s returning addiction to prescription medication would soon become apparent during the filming of the series. Consequently, The Two Coreys was canceled in the middle of the second second, reportedly due to the fact that Feldman had refused to star with Haim until he became clean from his addiction.

In the moments that would eventually lead up to his death, Haim had lived in a set apartments with his mother, who had been suffering from breast cancer at the time. During that period, the actor was often said to have wandered around the complex by his neighbour, Christopher. After years of battling against his drug addictions, Haim was once again found unresponsive in the home by his mother on March 10, 2010; he would later be pronounced dead by the time he was rushed to the Saint Joseph Medical Centreーhe was 38 years old.

According to the officials at the time, his death had seemingly been caused by an accidental overdose of Valium, Soma, Haloperidol and Vicodin. Although he had been feeling unwell with flu-like symptoms for a couple of days prior, the doctor called had swiftly dismissed it after having checked his temperature. In a later autopsy, the official cause of Haim’s death was said to be drug-induced pneumonia.

After a private funeral ceremony on March 16, 2010, Haim was buried at the Pardes Shalom Cemetery in Maple, Ontario.