Serena Williams Net Worth 2018 – How Rich is The Tennis Superstar Now? 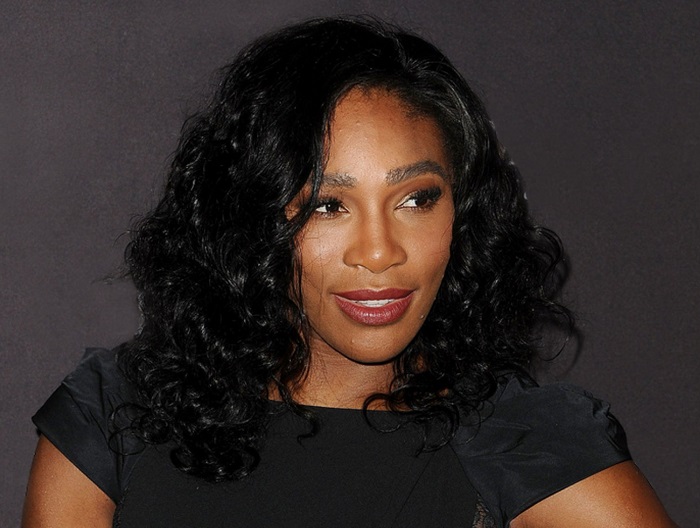 The origins of tennis stretch all the way back to Northern France in the 12th century. It was a favorite sport of European aristocrats for centuries, but in the 20th century it began to get more popular, and seriously organized. In the nineteen twenties exhibition matches began to be played, for money, but as amateur tournaments began to grow in frequency, professional players were excluded from the tournaments, as only amateurs were allowed to play. Once a player had accepted payment for a match he was a professional, and was excluded from amateur tournaments for ever. The International Tennis Federation (ITF) was founded in 1913 to regulate this ruling, but as the sport became more popular in the years after World War two, potential earnings for the top players increased dramatically, and in 1968 the Open era began, when all tournaments became open to all players, no matter whether they were professional or amateur.

With the dawn of the Open Era, an international professional circuit was organized by the newly formed World Tennis Association (WTA), and the top players were able to make their living from the sport. As television increased the wealth available to players and tournament organizers, and the popularity of the sport grew Worldwide, the game developed into the globally popular, and lucrative sport that it is today. Serena Williams is widely regarded as the best female player of the last two decades, and by some as the best female player of all time, but exactly how much money has the Queen of the court made during her long and successful career?

How Did Serena Williams make her Money & Wealth?

Serena was born in Saginaw, Michigan on September 26th 1981. Her father Richard Williams and mom Oracene Price moved Venus, and her four older sisters to Crompton, California shortly after her birth, and it was there that Venus and Serena began their journey to the top of the tennis World.

Richard Williams has often been credited for much of the success of the Williams sisters in later life, and his early coaching of the girls, in battered urban courts that were full of potholes, began their head-start in the game, but their mother Oracene is an often under appreciated influence in their development too. Oracene learned to play tennis herself, just so she could teach her daughters the technical points of the game, and more importantly she imbued her daughters with strong social skills and the ability to deal with negative experiences during their respective careers. Father Richard home-schooled all of his daughters, as well as coaching Venus and Serena in tennis, but it is Oracene who should be credited for the self-belief, tenacity and strength of the girls.

The Williams family moved again in 1990, to West Palm Beach in Florida, so that Venus and Serena could attend the Rick Macci Tennis Academy. Macci saw the exceptional talent of both girls immediately and although he didn’t always agree with Richard Williams’ training strategy, he respected the way that the girls were treated, as Richard would ‘Allow them to just be kids’. In 1994 Serena was already the number one ranked player under 10, with a 46-3 record in the United States Tennis Association tour, but Richard wanted the girls to concentrate more on their school work, so he took them out of Rick Macci’s academy and withdrew them from amateur tournaments, preferring instead to continue their training at home again.

By 1997 big sister Venus had burst onto the professional tennis circuit, she had reached the final of the US open, but lost to Martina Hingis in the final. Venus was ranked as the World number twenty-two by the end of the year, but Serena’s progress was slower that year. She drew attention by defeating World number four Monica Seles, but in terms of results she only reached a semi-final in the Medibank International Tournament in Sydney, Australia. Serena ended the year ranked 99th in the World. By 1999, with just two years of professional experience under her belt, Serena was showing her incredible skill and determination to rise in the rankings. She won her first professional title, followed shortly after by her first Tier 1 singles titles at the Lipton International Players Championships, where she beat Steffi Graf in the final. By the dawn of the new millennium, Serena Williams was ranked fourth in the World.

The next two decades, and the domination of ladies tennis by Serena and Venus Williams, is history, and certainly the history of ladies tennis would have been drastically different, and far less interesting without the Williams sisters presence during the last two decades. They have been single-handedly credited for bringing a far more powerful style to ladies tennis, and between them they have completely dominated the sport for almost as long as they have been playing professionally. Their careers have been entwined throughout the years they have dominated the sport, and their overwhelming control of ladies doubles during their careers is without equal in the open era.

The first professional match between the Williams sisters was in 1998. Venus defeated Serena in the second round of the Australian Open, but it has been a different result during the majority of their ensuing matches. Since 1998 the two have met in twenty-seven matches, and Serena has won sixteen of them. Of those twenty-seven matches eight of them have been in Grand Slam Tournament finals, where Serena has performed even more impressively, winning six of the eight matches. The two have shared three Olympic doubles titles, and won one singles title gold medal each, the most of any female tennis players in Olympic history, with Serena winning the Olympic singles Gold in the London games in 2012.

Now in 2018 Serena has won 71 World Tennis association titles during her long career, and along with them an enormous sum in prize winnings, in fact she’s won more than any other female tennis player in history, with career winnings of $80.9 million as of September 2016. But her record earnings from professional tennis are dwarfed by the lucrative sponsorship deals she has been offered throughout her career. She was sponsored by Puma early in her career but in 2004 signed an agreement with Nike that was worth $40 million. Also in 2004 Serena launched her own fashion label, ‘Aneres’, which sounds mysteriously exotic, but is just Serena spelled backwards.

In 2009 Serena, who posed for Sports Illustration’s Swimsuit issues, in 2003 and 2004, expanded her involvement in fashion even further when she added a personal collection of handbags and jewellery to her ‘Signature Statement’ brand. Since then, Serena has gone on to present the Signature Statement line twice at New York Fashion Week, most recently in 2015.

Serena as always, is someone who will overcome any obstacle, despite her ongoing career at the top of tennis, if it’s something she feels the need to do. In 2010 she was launching her own nail collection with HairTech, and as a result she found the time to become a certified nail technician, in between successfully defending at Wimbledon and winning the French and Australian Open tournaments in the doubles with Venus.

Serena has never married although in the past she has been linked to actor Jackie Long, and tennis coach Patrick Mouratoglou. In 2015 she was rumored to be romantically entangled with rapper Drake although she later denied that there was anything serious between them, instead claiming that she and Drake were just friends. In November 2015 it was reported that she was seeing technological inventor and Reddit co-founder Alexis Ohanian. Although both of them are guarded about their personal relationship, Alexis often posts words of encouragement and congratulations to ‘The Greatest’ Serena on his Instagram and Twitter accounts, most recently on September 4th 2016, when he applauded her 308th Grand Slam match win.

What was Serena’s Salary & Annual Earnings in 2016?

Serena entered the 2016 tennis season as the number one ranked player, as well as being the defending champion at five tournaments. Her year so far has seen her achieve tournament winnings of $6.8 million, but her sponsorship and endorsements deals almost make that seem like a trivial sum. Serena’s total earnings for 2016 so far, including millions from her fashion line, and her numerous television appearances, have been an impressive $28.8 million, making her the highest paid female athlete in the World.

Where does Serena Live? 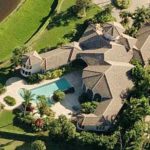 Serena lives with big sister Venus in the exclusive Ballen Isles area of West Palm Beach, Florida. The superstar siblings own a 10,700 square foot mansion that comes complete with an acre of grounds, seven bedrooms and more health and fitness facilities than a normal non-super human would ever find time to use. As well as the 50 foot swimming pool there are several tennis courts and an indoor fitness center. The Williams sisters bought the property for $525,000 shortly after it was constructed in 1998 and it has proved to be a great investment for the pair, in 2015 it was valued at $4.5 million.

Serena has worked extensively in support of various charitable organizations, and has also founded her own organization, The Serena Williams Foundation, that helps provide scholarships for underprivileged young people in the United States, to enable them to receive a college education. But her own Foundation is just a tiny fraction of her philanthropic work. Serena has supported Hearts of Gold, The HollyRod Foundation, Elton John’s AIDS Foundation, Great Ormond Street Hospital and the Cure for MND Foundation. She has won a number of awards for her humanitarian work, including one from the Avon Foundation in 2003 for her work in Breast Cancer, and she was appointed as an International Goodwill Ambassador for UNICEF in 2011, after helping the organization launch its ‘Schools for Asia’ campaign. In 2014 Serena began hosting ‘The Serena Williams Ultimate Fun Run’ in support of the Serena Williams Foundation.

Serena co-wrote a book with Venus entitled ‘Venus & Serena: Serving from the Hip : 10 Rules for Living, Loving & Winning’. It was published in 2005 with the promise that it offered advice on getting ‘An advantage in every game you play’, with the sisters thoughts on dating, self-image and financial advice. In 2009 Serena announced she was engaged in writing a storyline for a TV show, and in the same year she wrote and released her solo autobiography, ‘On the Line’.

Serena has been featured on The Simpsons, in an episode where she and Venus voiced their own characters along with fellow tennis A-listers Pete Sampras and Andre Agassi, and she has appeared on several mainstream shows in guest appearances.

In 2015 Serena, who speaks French, Italian and Spanish, was the first female black athlete to grace the cover of Vogue, and in December of that year she was Sports Illustrated magazine’s ‘Sportsperson of The Year’. Now in 2018, Serena Williams remains one of the highest ranked female tennis players in the World, an exclusive group she been at the top of on-and-off, since July 2002, more than a lifetime away for the youngest players on the professional circuit now.