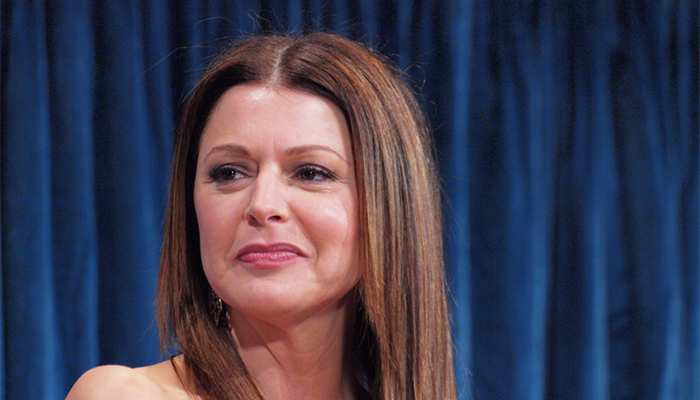 Jane Leeves is a British actress most well known for her portrayal of Daphne Moon on the NBC sitcom, Frasier.  Having been a dancer prior to an actress, Leeves first debuted in the film industry as a performer in 1981. After having step foot into the entertainment industry, the actress eventually found herself landing acting roles a few years later. Leeves’ landed her first professional acting role in the British comedy series, The Benny Hill Show; in it, she played the role of a recurring character known as Hill’s Angel. Despite having had started in the film industry, the actress focused more on television appearances throughout the 80’s. Some of her other earlier works include Throb (1986), Murder, She Wrote (1987), Mr. Belvedere (1989) and Hooperman (1989); the most noteworthy of the time probably being Throb, in which she was a regular cast member.

In Throb, Leeves played the role of Prudence Anne Bartlett, a co-worker of the show’s protagonist, Sandy Beatty (played by Diana Canova). It would be her first major acting role since having first debuted as an actress back in 1983. The sitcom ran for two seasons and ended in May 1988 after 48 episodes. A year after the series’ finale, Leeves landed a recurring role in the CBS sitcom, Murphy Brown. Starring actors Candice Bergen, Pat Corley, Faith Ford and Charles Kimbrough, the series revolved around character Murphy Brownーa famous journalist for a fictional news magazine called FYI. The show was a huge success and had garnered a number of awards and nominations; it ended in May 1998 after 247 episodes.

Whilst Leeves’ role in Murphy Brown was small, it offered the actress invaluable experience and exposure at the time. Throughout the 90’s, Leeves would continue to star in a multitude of television series and films; in 1996, she also worked as a voice actress for the first time in the Disney film, James and the Giant Peach. After years of working in the industry, Leeves eventually landed her breakthrough role in 1993 when she was cast as Daphne Moon in the American sitcom Frasier. For her portrayal of Daphne, the actress would also go on to receive numerous awards and nominations.

But what has the actress of Frasier been up to recently? What projects have she been working on? What Happened to Jane Leeves? Where is she now in 2018? 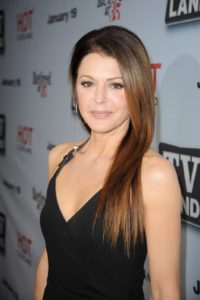 Born on April 18, 1961 in Ilford, England, Jane Leeves is the daughter of a nurse, Ruth Leeves and an engineer, Collin Leeves. As a young child, Leeves was a dancer; she first started to learn ballet at the age of five after having auditioned for the dance program at the Bush Davies School of Theatre Arts in Grinstead. The actress later recalled that she had been so eager for the auditioning performance, that she had asked to go first despite having previously been assigned to go ninthーshe would eventually go to school on a full dance scholarship.

With the dreams of one day becoming a professional ballerina, Leeves continued to dance throughout her teens and early adolescence. However, things fell apart one day when the aspiring dancer accidentally tripped and fell over a flight of stairs. Rushing herself to the doctor, she was later confronted with the news she had torn some ligaments around her ankle area from the fall. Disheartened by the turn of events, Leeves later accepted the fact that she may never be able to become a ballerina soloist with her injury.

Not letting the injury get the best of her, the actress turned her attention to acting. Despite the jump in career paths, it wasn’t exactly something from the left field as it was something that she had previously considered on pursuing after retiring from dancingーshe would just realize this a little sooner than she had anticipated. 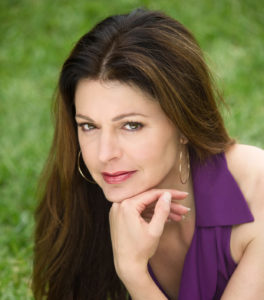 In order to pursue her newfound dream, Leeves relocated to London at the age of 18. To support herself, the aspiring actress did modelling work whilst preparing herself for various television and movie auditions. After years of perseverance and hard work, she landed her first professional acting role in the British comedy series, The Benny Hill Show in 1983, as Hill’s Angel. Despite her little screen time, her appearance on the show had offered her invaluable experience as an actress. Shortly after her debut role, Leeves was cast in her first recurring role, in the sitcom Throb. The series premiered in 1986 and revolved around a character named Sandy Beattyーa divorcee who works at a small record label company. In it, the actress played the role of Prudence Bartlett, the British born co-worker of Beatty. Leeves would later go on to star in 48 episodes throughout her time on the showーthe longest that she’s been a series since her debut as an actress back in 1983. 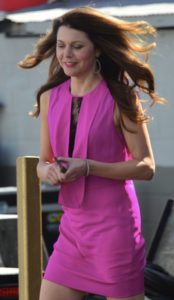 A few years after having joined the cast of Murphy Brown, Leeves landed a breakthrough role as a leading female character in the American sitcom, Frasier. In order to fully commit to her new character, the actress eventually left the former series. Set in Seattle, Frasier was the spin-off of a previous sitcom called Cheers; it centred around the life of Frasier Craneーa psychiatrist who had recently returned to the city to build a new life. In it, Leeves plays the role of Daphne Moon, a British physiotherapist who was hired to take care of an injured, former policeman.

The show was ultimately met with universal acclaim from critics and viewers upon its television premiere in September 1993; it has also been considered by many to be one of television history’s most successful spinoffs. A commercial hit, Frasier ran for a total of 264 episodes over 11 seasonsーit is also one of Leeves’ most widely acclaimed acting roles to date. The show also garnered numerous awards and nominations throughout its nine year run including won 37 Primetime Emmy Awardsーat the time, breaking the greatest amount of Emmys ever won by a television series. The show eventually ended with a bang in May 2004, having garnered over 33.7 million viewers for its finale.

Leeves was also at the receiving end of numerous awards and nominations for her portrayal of Daphne Moon. In 1995, she won the Viewers for Quality Television for Best Supporting Actress in a Quality Comedy Series Award and later was part of the 2000 Screen Actors Guilds Award for Outstanding Performance by an Ensemble in a Comedy Series. In addition, the actress had also garnered 18 different award nominations for her time on the show. 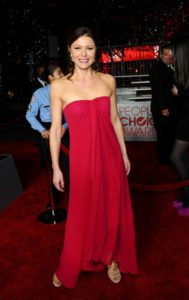 Following her success on the award winning sitcom, Leeves continued to make frequent appearances on television including on the shows Have I Got News For You (2004), Misconceptions (2006), Twenty Good Years (2006_ and The Starter Wife (2008). The actress had even starred on an episode of the popular Simpsons back in 2003! However despite her continual appearances on the small screen, it would be a little while before Leeves would once again land a comparable role as that of her character on Frasier.

In the late 2000s, the actress’ lent her voice to a handful of animated series, including Nickelodeon’s The Penguins of Madagascar from 2009 to 2011. In the animation, she played the guest role of Luluーa karate practicing chimpanzee shoresides at the Hoboken zoo. During that same time, Leeves’ also voiced various characters for Disney’s animated comedy series, Phineas and Ferb.

After the end of Frasier over five years ago, Leeves eventually landed another main female leading role in the American sitcom, Hot in Cleveland. Having premiered in June 2010, the series followed the lives of a group of veterans from the entertainment industryーJoy (played by Leeves herself), Melanie (played by Valerine Bertinelli) and Victoria (played by Wendie Malick). In Hot in Cleveland, the actress plays the role of Rejoyla Scroggs, a beautician who had a son whom she had given up for adoption when she was 15. A hit amongst viewers, the series ran for close to six years from June 2010 until June 2015. With over 4.75 million viewers, Hot in Cleveland was also one of the most watched TV shows in the history of TV Land. 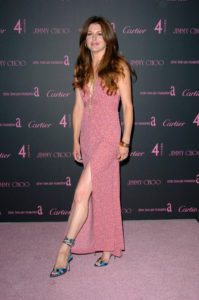 Following her time on Hot in Cleveland, the star recently guest starred in the NBC Sitcom, Crowded which starred to air this March. Featuring Patrick Warburton, Carrie Preston, Mia Serafino and Miranda Cosgrove, the series focus on the lives of the Moore Family, after the couple’s grown children unexpectedly move back into the house. In it, Leeves played the small role of Gwen, in the series’ seventh episode, “The Fixer”. However unfortunately due to low ratings, Crowded was eventually cancelled by NBC in May 2016.

Besides acting, Leeves has also appeared in a couple of television shows as herself in 2016. For instance, she starred in the TV special, Must See TV: A Tribute to James Burrows, in which the actress, alongside her Frasier co-stars, David Hyde Pierce and Peri Gilpin celebrated the career of legendary TV director, James Burrow. The two hour special also featured other celebrities from popular series including Friends, Will & Grace, The Big Bang Theory, Taxi and Two and a Half Men. In addition to that, Leeves was also recently invited onto the culinary series, Valerie’s Home Cooking on the Food channel by host, and fellow Hot in Cleveland co-star, Valerie Bertinelli. In the show, host Valerie shares with audiences various home cooking recipes for family and friend gatherings.

What endeavours will the actress of Frasier be embarking on later this year? What series will she be cast in? If you’d like to stay connected with Jane Leeves, you can do so by visiting her official Facebook page, in which the actress usually posts her latest news. You can also follow the star on Twitter over at her handle @JaneLeeves!