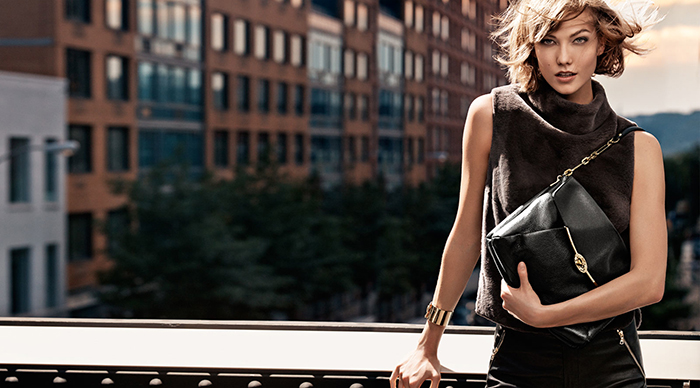 Handbags are not just accessory itemsーthey are in fact, a necessity for most women. While men are able to avoid the hassle of having to carry a bag on their shoulders by putting everything into their pockets, women are different; we don’t just bring our phones, keys, and walletsーwe instead, bring a little bit of everything with us wherever we go, and our pockets are simply not big enough for that kind of volume (girls who have experienced the hassle of having to switch bags will understand). So what do we do? We use handbagsーa brilliant, convenient item that helps us to carry everything that we need when we walk out of the house in the morning. Just swing it onto your shoulder and you’re ready to go!

But that’s not all that these things are good forーthey’re also an easy way to stylize and complete your look with! Just like clothing, handbags and purses come in all sorts of sizes, shapes and colours; if you can imagine a style, then it probably exists. Considering that then, it’s really no surprise that most of us girls have our own little collection of handbags in our closetーI mean, we use them to express ourselves with too. Just like how some people like wearing overalls and other people like wearing jeans, some of us like using larger totes bags while others may prefer using smaller purses. Of course, there’s nothing stopping us from owning one of every styleーasides from our wallets, that is.

Having said that, let’s shift our attentions over to those that make the handbags. With the popularity and versatility of these items, it’s no doubt that there are thousands of makers all across the world. But as with everything, there are always some that are better than othersーhandbags are no exception. While there are thousands of handbag brands out there in the market, the average person is probably only familiar with a limited amount (unless of course, you’re a handbag collecting enthusiast). We’ve all heard of the big names like Louis Vuitton and Hermes but do they really do that well in the handbag market? We’ll answer that question as we go on to list some of the top 10 best selling handbags in the world! 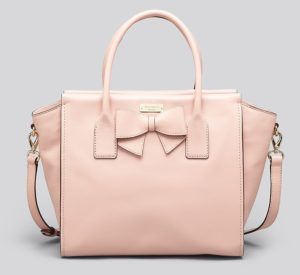 Founded in 1993 by American fashion designer Kate Spade, this designer brand produces a number of quality handbags every year. While the company features and sells a large variety of different items on their catalogue today, this didn’t always used to be the case. When it was first created in January 1993, the company was known as “Kate Spade Handbags” and had soldーyou guessed it, solely handbags. However as the brand started to gain more popularity, the company began pumping out more and more products. In 2007, Kate Spade released a home collection which included items such as bath items and bedding and later released a line of fragrances in 2013. While Kate Spade handbags are a fantastic addition to every girl’s closets, choose your bag wiselyーas each of them can easily set you back a few hundred dollars!

Established in 1981 by American designer, Michael Kors, this luxurious brand is not only known for their quality handbags, but for their other accessories such as watches and shoes. Did you know that while they were founded in the early 80’s, it wasn’t until 2006 that they first opened their retail stores? As of 2015, the company has over 550 stores all across the globeーtalk about popularity! Michael Kors offers a number of different handbags, from cross-body bags to satchels. With many of them being made from genuine leather, there’s no shred of doubt that these purses are high quality; their simplistic, yet classic styles are a must for any girl! If you’re thinking about getting a cheap one from the internetーbe careful! As with all designer brands, there are thousands of counterfeits! 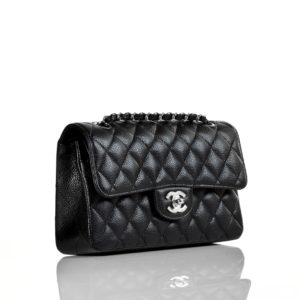 Who hasn’t heard of the French designer brand, Chanel? Unlike many of the other luxurious handbag brands, Chanel has a long history of being in the industryー107 years to be exact. First founded by Coco Chanel in 1909, the brand has grown to become one of the world’s most well known designer companies in the handbag industry. Considering its desirability, it’s also no surprise that Chanel is probably one of the most commonly counterfeited handbag brands in the world! Known for their quality leather and gold coloured embellishments, you can expect to shell out at least, a good few thousand dollars for a genuine Chanel handbag. Sure it’s definitely a heavy investment for a purse, but can you really blame us for wanting to drop some money for such a piece of work?

Founded in 1921 in the fashionable and stylish country of France, the Gucci designer brand is probably one of the most well-known in the world. I mean who isn’t familiar with their “double G” logo? Created by French fashion designer Guccio Gucci in Florence, the luxurious brand is notable for its lines of quality leather and fashion goods. Here are some numbers to put things into perspectiveーin 2015, Gucci was estimated to have had a brand value of over $12.4 billion dollars with a total of 550 stores across the globe. The designer brand even has its own 1715 square feet museum, called Gucci Museo in Italy, so definitely put that on your to-go list if you’re a Gucci fan! From totes to mini bags to backpacks, you name itーthis brand has it all. And while that’s cool and everything, each handbag also has a fantastically stunning price tag to go along with itーso don’t expect to pay anything less than a premium for one of them! 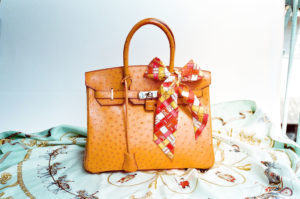 First established during the 19th century in France by businessman Thierry Hermes, this luxurious goods manufacturer is well known for their logoーwhich consists of a Duc carriage and a horse. Here’s an interesting fact, did you know that Hermes has its origins as a harness workshop back in the 1830s? That’s right, French-German founder Thierry Hermes first created Hermes as a wrought harness and carriage bridle producing company (thus the logo!); who would have thought that it would grow into such a popular high fashion brand a few hundred years later? Close to its origins, Hermes today focuses on creating quality hand-bags from only the finest of leather materials. As long as you keep it in good condition, there’s no doubt that a Hermes handbag could hold onto its value throughout the years!

Founded by Spanish designer Cristobal Balenciaga, the European fashion house was first established in 1919 in Spain as a small boutique; however with the pressing war at the time, the company later closed its stores to relocate to Paris. With its stunning styles and uncompromising standards, even the Spanish royal family wore their products at the time! Known for their modern style and quality leather material, Balenciaga handbags are definitely a “must” item for any designer bag enthusiastーthey even have a wide bag selection for men (Who says men can’t use bags?)! Besides the handbags, the brand also makes quality shoes, glasses, clothing and other accessoriesーif you’re interested, just drop by one of its few hundred stores in the world to take a look at their collection! 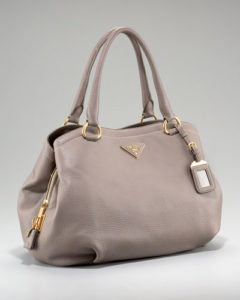 Specializing in quality leather goods, Prada was first established over a hundred years ago in 1913 by Italian fashion designer, Mario Prada. With over 618 boutiques across the globe, the designer brand is definitely a front contender in the world of handbags; in 2015, the company earned a staggering amount of over 954 million euros! Known for their durable, quality leather purses, the company produces nothing but the best for the style seeking women. One of the brand’s most popular and iconic handbags is the bowling bag satchelーan elegant bag that got many women swarming to the stores in 2000. Fortunately for us, the company has just recently re-released the line, for a few hundred dollars you can add it to your handbag collection as well!

One of the newer designer brands on our list, the eponymous brand Marc Jacobs is the brainchild of American fashion designer Marc Jacobs. Known across the world for their highly fashionable bags and clothing, their products have been adorned by women since the brand’s conception in 1986. The company opened up its first store in New York during the late 90’sーand that would only be the beginning; since then, hundreds of stores have opened both across the country and overseas. Marc Jacobs is also the maker of one of the most expensive handbags in the worldーthe Carolyn Crocodile Handbag, as it’s called, is made from genuine crocodile skin and has a hefty price tag of $30,000! Besides manufacturing the handbags which we’ve all grown to love, Marc Jacobs also sells clothing, watches, fragrances and other accessories. 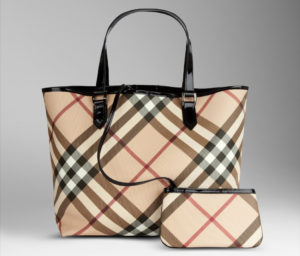 Founded in 1856 by by English outfitter Thomas Burberry, the designer brand is known for their iconic plaid patterned products (It’s also the only English company on our list!). While the company was mainly noted for its production of outdoors attire during its early years, the fashion house has since become one of the fashion world’s most highly regarded luxurious brands. With close to 500 store locations across the globe, Burberry has earned over $442 million in 2015 alone! I dare to say that there is no one out there that’s not familiar with the unique pattern that is the brand’s trademark. The company offers an array of handbags including clutches, cross-body bags and leather bags, as well as a variety of clothing including its signature scarves and trench coats.

Christian Dior SE, more commonly known as “Dior” is the creation of the eponymous French fashion designer, Christian Dior. Since its founding in Paris 1946, the company has grown into a fashion brand that is known by women from all over the world. Known for their stylish and modern handbags, the company has earned over $1.4 billion dollars in 2011! If you’re looking for something a bit more unique, Dior might just have the things that will tickle your fancyーhow about a python, alligator, or lizard skin hand-bag? At a few thousand dollars each, the bags will be sure to capture the attention of anyone lucky enough to sneak a peek at the items! The company currently has 210 locations; most of which are located in Asia.