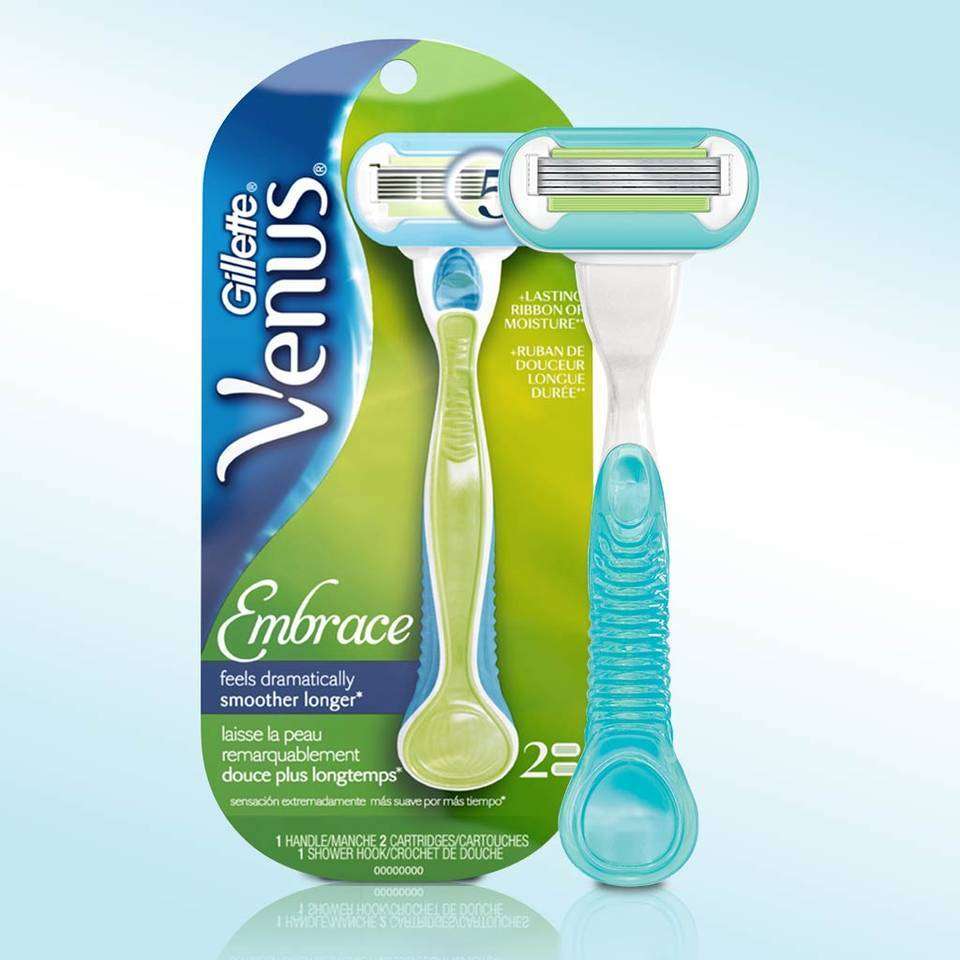 Since as early as 4000 B.C. evidence exists to suggest women have been using dangerous substances like arsenic and quicklime to remove unwanted facial hair. It’s believed the Egyptians were the first to take the business of shaving seriously, for both men and women, and also for aesthetic and practical reasons like discouraging vermin and lice.

Thankfully we’ve come a long way since then in our grooming methods as well as the tools we use. The contemporary obsession with shaving can be traced to the early 20th century and the popularization of sleeveless outfits for women as well as bikinis, short skirts, and short dresses that were more revealing than what previous generation were used to.

Women’s razors as we know them today made their first appearance in Sears Roebuck catalog in 1922, the same year they started selling sleeveless and sheer dresses. Today’s market is highly competitive with razors available to treat all types of skin types and hair textures. Here we will be comparing and contrasting the top women’s razors made by Gillette and Schick. 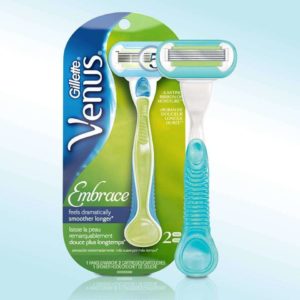 The gel like substance around the razor itself and the position of the bump on the front of the razor makes it easy to align your fingers, an ergonomic addition. The blue strip acts as a shaving gel or cream to some degree because it lathers when exposed to water. It has also been dermatology tested for sensitive skin.

These Gillette Venus Embrace ships with a handy shower caddy that attaches to shower walls and they can hold two replacement razor heads. To take the current razor head off push the blue button and it snaps out and easily snaps back in. One of the pros is how easy it is to store, replace, and use. Also it provides a closer shave with less irritation, even on sensitive skin when compared to the original Venus 3-blade razor. When compared to the Venus 2, the Gillette Venus Embrace’s protective Ribbon of Moisture has 8 times more glide boosters as well as aloe.

The official website for Gillette Venus brand razors lists the MSRP as $9.99 to $12.99. 676 customer have ranked the Gillette Venus Embrace a 3.82/5 and 96% of those surveyed said they would recommend this product to a friend. 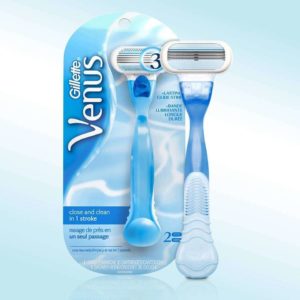 Originally released in 2001 the Gillette Venus Original was at some point the number one female shaving brand in the world. The rounded pivoting head designed especially for women, revolutionized the women’s shaving industry, establishing the standard for women’s razors since then.

The Gillette Venus Original is the first women’s razor to employ 3 blades. Protective cushions outline the razor to smooth out the skin prior to shaving. The blue indicator strip at the top fades to indicate when you’re no longer getting the optimal shaving experience. Like the Venus Embrace, this razor ships with a shower holder.

The official Gillette Venus site lists the MSRP as $8.49 to $11.49. Customer’s ranked the Venus Original 4.2/5 stars. Although the Venus original didn’t hold a candle to its successors, it was still perceived a solid buy that was easier to handle and operate compared to new razors. 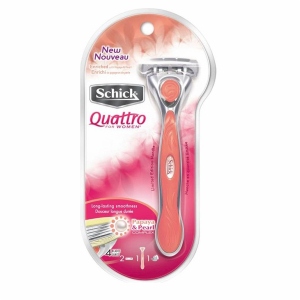 The Schick Quattro for women is a modified version of the Quattro for men with a feminine color scheme. The Quattro uses 4 ultra-thin pivoting blades for optimum shaving of tight spots. There are two conditioning strips that are infused with pear and papaya complex to moisturize while you shave.

This is a lightweight razor with a thick rubber covered handle and a raised pattern offering a textured surface for a better grip especially in wet conditions like your shower. A zinc alloy frame is what accounts for the lightness.

These usually sell for $8-$9, on the official Schick website customers ranked the Schick Quattro for women a 2.6/5, by far the worst score of any razor we’ve reviewed. Customers complained the razor simply doesn’t work as it should, they also dislike the fact that there is no place to rest your fingers on the handle, thus making it very hard to grip in the shower. They also commented it takes multiple swipes just to get a decent shave.

In a survey conducted by GoodHouseKeeping.com, customers said the Schick Quattro for women was comfortable and easy to use, they also said it shaved closely, however, it scored the lowest for nicking and irritating skin when compared to competitors. 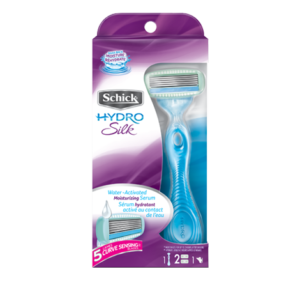 The Hydro Silk is also made by Schick. It claims to hydrate longer than any other razor. Moisturizing serums were infused in the bars above and below the razor blades to keep skin soft two hours after shaving. Water activated shaving cream and 5 curve sensing blades with skin guards were included to protect skin from irritation, and to leave it smooth.

In terms of competitors the Hydro Silk is closest to the Venus Embrace. The Hydro Silk is aesthetically pleasing, the design was inspired by water, and the ergonomic handle provides great control. These also ship with a shower cartridge that was designed to keep water out.
The Hydro Silk was rated a 4.5, customers who reviewed it felt it was great for course hair but it was prone to breaking. They also commented that the Hydro Silk is great for sensitive skin, largely due to the moisturizers infused into it.