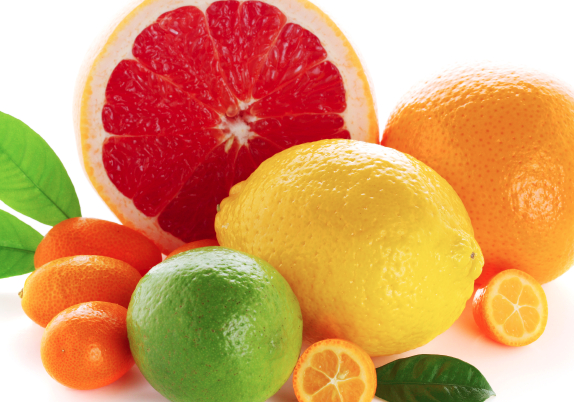 Bacteria are the most successful life forms on Earth. It can be found everywhere, from water, soil, air, animal, and in the human body. Though most bacteria are harmless, there are some that can cause infectious diseases. This bacterial infection ranges from the common ones like ear infections to more serious variants such as tuberculosis. Most of these infections can be treated by taking antibiotics.

Antibiotics, also referred to as antibacterial, are potent types of drug that kills or prevents the growth of infection caused by bacteria. It is derived from a Greek word anti and bios which means against and life (referring to bacteria which is also a life form).

They are now in search for a more natural alternative in combating and preventing bacterial infections. Aside from taking any of the supplements below, keep in mind that the best way to prevent bacterial infection from affecting and spreading is by maintaining a clean living environment. But before taking these supplements, consult a medical practitioner especially if you have a medical condition or taking other medication as it may alter its effect. For many cases antibiotics are the only option so you should consult with your physician prior to self diagnosing or self medicating.

While most people knew garlic as a spice, it has also been used as a traditional medicine and health maintenance as early as the Biblical times. The active ingredient in the garlic is its Sulphur compound, allicin, the one responsible for giving it its pungent odor as well as the antibacterial, antioxidant and anti-hypertension properties. Additional benefits of garlic are lowering cholesterol level and blood pressure, reduces blood clotting and boosts the body’s s immune system. Taking one to two cloves of crushed garlic a day is enough to kill the bacteria in your body. Alternatively, garlic comes in many forms such as tablet, capsule, powder, oil extract and softgel. But since consuming it raw may cause body odor and bad breath, people would often opt for an odorless garlic supplement.

Produced through a wild Manuka bush indigenous to New Zealand, Manuka honey has been used traditionally by applying it directly to an infected wound due to its antibacterial and anti-inflammatory properties. Studies show that not only does Manuka honey treat wounds, it can also be used to treat internal bacterial infections. It contains methylglyoxal, an antibacterial compound that is more potent in this type of honey. Another benefit of taking Manuka honey as antibiotic is that it does not cause any development of a certain drug-resistant bacteria known as the “superbug”. This type of development occurs when a person has been taking the same antibiotic repeatedly. It has also effectively eradicated more than 200 strains of clinical bacteria and diseases which includes Methicillin-resistant Staphylococcus aureus (MRSA), Methicillin susceptible Staphylococcus aureus (MSSA), Vancomycin-resistant enterococci (VRE), periodontitis, gingivitis, dental plaque and Helicobacter pylori. 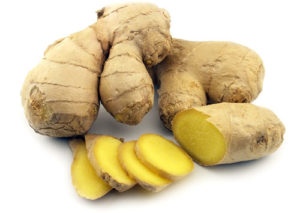 Revered as a culinary spice, this perennial herb has been used and valued by traditional healers as medicine for thousands of years. Though ginger is notably known for treatment of digestive problems such as nausea, motion sickness, upset stomach and colic, one study showed that it has superior effect against Methicillin-resistant Staphylococcus aureus (MRSA) and Methicillin susceptible Staphylococcus aureus (MSSA). Other benefits of ginger are its anti-inflammatory and pain-relieving properties, relieves allergies and treatment for cold and flu. Ginger comes in forms such as capsules, tablet, softgel, powder, oil, tincture, or tea. Whether eaten raw or in other forms, ginger is very safe when taken as prescribed. Occasional side effects of ginger are diarrhea and heartburn. 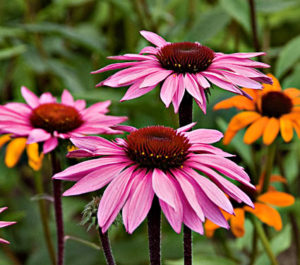 This purple coneflower is a native of North America where the early Americans has used this plant for medicinal purposes. It became one of the most popular herbal medicines before until the time when the modern antibiotic was discovered. But now, it has regained its popularity as some of the antibiotics do not work well anymore in treating certain types of bacteria. Echinacea is a natural antibiotic and a powerful booster of the body’s immune system. It aids in killing disease-causing microbes by stimulating many cells responsible for the immune system. Aside from that, this wonderful herb reduces the body’s vulnerability to common colds and flu, it limits the period and harshness of infections and it helps in treating recurrent infections such as otitis media, respiratory infection, urinary tract infection (UTI) and vaginal yeast (candida) infection and when applied topically, it speeds up the healing process of all types of wounds and inflammation. Echinacea comes in capsule, tablet, ointment, tincture, tea and lozenge.