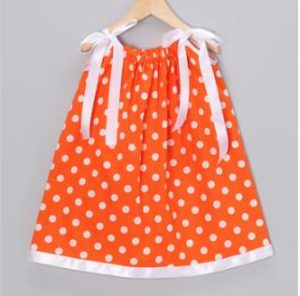 Aly Lessor is a mom with a love for the classic forms of fashion. She wanted to do her own take on the Southern pillowcase dresses, making them more upscale and vibrant for young girls to wear. Aly took this simple childhood wardrobe staple and turned it into something completely her own. Her Cozy Bug brand made a soft start Zulilly. All of the pillowcase dresses she made were handcrafted and at first it started out as merely a hobby for her and her daughter, but it turned into something more than that.

After experiencing some success on Zulilly, Lessor was able to create her very own website to further her branding and make more sales. What makes Cozy Bug dresses unique is that these dresses are able to grow with the girl because of the easily adjustable straps Lessor uses in her designs. But not only are these dresses capable of lasting you a long while, a portion of the profits go to a good cause. Some of the money she makes through these dresses is put towards buying livestock for victimized women who live in poor African villages

Lessor wants to be able to expand and grow her business. Not only for her own success, but to also help other women in need. That is why she decided to take her Cozy Bug brand to the Shark Tank. By having one of the Sharks invest into her business, she could get her name and purpose out there, which would really put her on the fast track to success.

Lessor enters the Shark Tank seeking a $50k investment in exchange for a 25% stake in her Cozy Bug brand. Then she begins to sell to them the idea behind her children’s clothing brand. Kids are always growing and buying them clothes can be something of an expensive hassle. The Cozy Bug pillow case dresses are designed to be able to fit young girls for a long time. The ribbons that are used at the shoulders allow you to loosen or tighten the dress as your child goes through body changes. Eventually the dress will become too short, but you can always turn it into a cute top by adding a pair of leggings underneath.

The inspiration for Cozy Bug ultimately came from her daughter, Cosset. She would wear cute pillow case 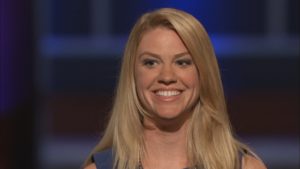 dresses that her grandmother would send her and moms all over the place would inquire about the dresses. Lessor then decided to jump on this business opportunity by making her own dresses. However, the dresses eventually turned into jackets, leggings, and even clip on bows for your hair. Cozy Bug has made thousands of sales so far, but Lessor wants to expand things even further. She has used all of her contacts to get her to this point, so she is now looking to the Sharks for a little more help.

For 20 years she worked in sales but ended up losing her job because her manager would not allow her to pump her breast milk after having her daughter. However, Lessor did end up suing her and used that money to start working on her own business. The manufacturing of dresses only costs her about $6.00 dress and she is able to sell them primarily through her website. During the first 30 days of being operational, Cozy Bug made over $30k in sales.

Since then Lessor has launched Dance Bug, which is a line of tutus and leotards that she thinks will really be a hit among kids. However, Mark Cuban and Kevin O’Leary don’t think it’s a good idea for her to venture away from the pillow cases dresses. Those dresses are what separate her from other children’s brands and it would be risky to stray away from that. Lori Greiner doesn’t seem to agree with them though, because expanding your line is what the fashion industry is all about.

According to Greiner, it was smart of her to expand on her line because women love to see more and more. Cuban stands firmly on his contrary belief. He claims that a business should stick to what they’re good at before venturing off to try something else. In his opinion, Lessor hasn’t established herself well enough to start expanding her line, and for that reason he refuses to make her an investment.

Shortly after that, Robert Herjavec tells her that he does not have the kind of expertise or contacts that she would need to grow. So he too will not be making her an offer. O’Leary then takes his turn to tell Lessor that he will be making her an offer, even though he sided with Cuban earlier. He is willing to give her the $50k without taking any equity in her business. What he wants is $2.00 off of every dress she sells until he makes his money back. Then, after that she would give him $1.00 off of every dress.

Before she can give him an answer, Greiner says that she will give her the $50k for a 30% stake. What makes her offer different is that she is willing to help take Cozy Bug nationwide because she believes it has the potential to turn into something spectacular that moms everywhere will love. She wants to not only put it on QVC, but to also have it retail locations as well.

Lessor seems more pleased with this particular offer, but again she is interrupted before making a decision. Daymond John chimes in to make her the same offer as Greiner. However, he is a large icon in the fashion industry. He would be able to get this line into retail stores more quickly and could put Cozy Bug on the fast track to success. John could get this line on a global scale and people would respect him more because he knows all there is about clothing.

John and Greiner get into a heated discussion about who would be the better partner for Lessor. At some point Greiner even takes out a check and says she will write one out right now. However, Lessor’s hesitation to make a quick decision on who she wants to go into business makes her threaten to pull her offer off the table. After taking another few quick moments to weigh her options, Lessor ends up accepting John’s deal.

Cozy Bug Now in 2018- The After Shark Update 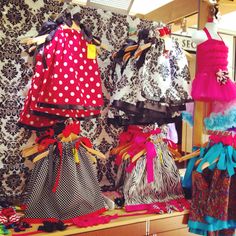 Despite making a deal with Daymond during the show, there wasn’t a lot of new news coming out about Cozy Bug. They continued to sell dresses through their website and, on occasion, there would be pieces offered through Zulilly. For the most part though, Cozy Bug didn’t receive a lot of customer hype after appearing on Shark Tank. All of the Cozy Bug social media was also strangely quiet which had people worrying about the fate of the brand for a while.

Cozy Bug was quiet for a long time until Aly eventually appeared on an episode of “Making it in America” on CNN. During that episode she spoke of how Daymond was helping her company grow little by little. Then later on that year she appeared on the View with Daymond which gave people a little more faith in the progression of Cozy Bug. After that particular publicity stunt, they re-vamped the website and stuck Shark Tank references all over the website.

While attending an entrepreneur workshop, Aly was advised to engage customers via social media because that is how brands become popular in this era. It is important to post updates frequently to keep people informed and engaged. Since that conference, Cozy Bug has received a lot of recognition and is now available in Walmart and Overstock.com. However, you can view all of their dresses and make purchases directly through their website http://www.cozybugusa.com/.